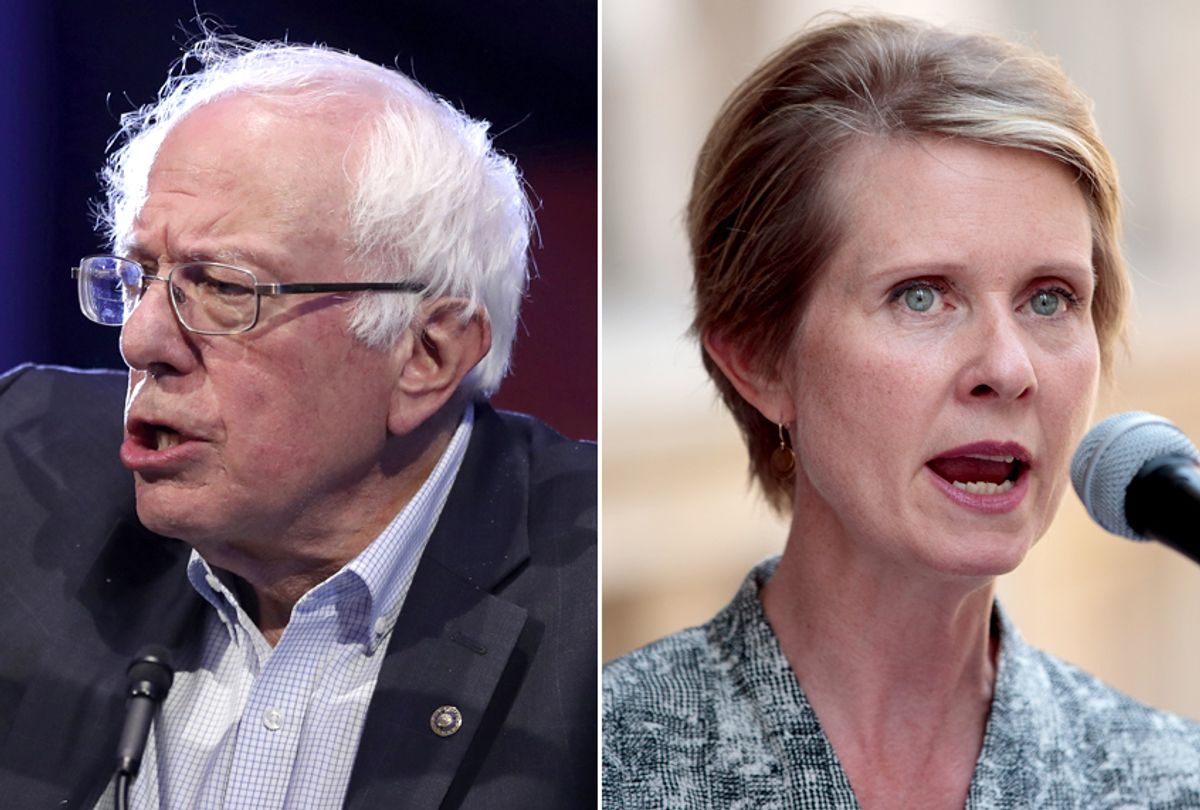 "The progressive movement today is transforming American politics from coast to coast," Sanders claimed in his announcement. "While we need to elect all the progressives running, I would like to offer specific endorsements to two candidates I have known for many years, who are leaders of the progressive movement in New York and who stood with us in 2016: Jumaane Williams for lieutenant governor and Zephyr Teachout for attorney general."

The actress and progressive activist trails Cuomo by more than 40 percentage points in the lead up to Thursday's Democratic primary, according to a new Siena poll, while Teachout is locked in a tight race for the attorney general nomination against New York City Public Advocate Letitia James, who is endorsed by Cuomo; big-spending Congressman Sean Patrick Maloney (D-NY); and former Hillary Clinton adviser Leecia Eve.

The New York Times endorsed Teachout and Williams, but supported Cuomo despite the publication of a recent article from the editorial board calling on him to apologize for campaign mailers sent by the New York State Democratic Committee that falsely accused Nixon of being "silent on the rise of anti-Semitism" and wrongly claiming that she supports the Boycott, Divestment, Sanctions movement against Israel over its treatment of Palestinians.

Sanders' endorsement of Teachout was foreseen; he had previously endorsed her unsuccessful run for Congress in 2016. Still, Sanders' snub of Nixon is notable, as the former "Sex and the City" star has the backing of Our Revolution, the national group launched by Sanders' backers after he lost the 2016 primaries to keep his supporters organized and motivated — and potentially prepare for another presidential bid in 2020.

Nixon has also aligned herself with Alexandria Ocasio-Cortez, the 28-year-old democratic socialist and political novice who stunned the Democratic Party in June with her primary defeat of Rep. Joe Crowley — one of the most powerful Democrats in Congress. Ocasio-Cortez has joined forces with Sanders to campaign for progressive congressional candidates.

In April, Sanders was quoted in the New York Times as saying, "Governor Cuomo has a strong record, he has done some very good things. Obviously, there are areas where I disagree with him. Cynthia seems to be generating a lot of grass-roots enthusiasm running on a progressive platform."

Sanders was not the only prominent Democrat to opt out of endorsing a New York gubernatorial candidate. Over the weekend, New York City mayor Bill De Blasio issued a statement saying he would also not endorse a candidate ahead of Thursday's primary election.

"It will be my job to partner with the next governor and lieutenant governor on behalf of the working people of our city. New York City must have a voice in state policy that shapes so much of our lives," the mayor said in a statement. "I believe endorsing a candidate in these races is at this moment counter productive to that advocacy. My vote Thursday will be between me and my ballot."