The news broke as Florence, a Category 4 hurricane, surges toward the East Coast with potentially dire consequences 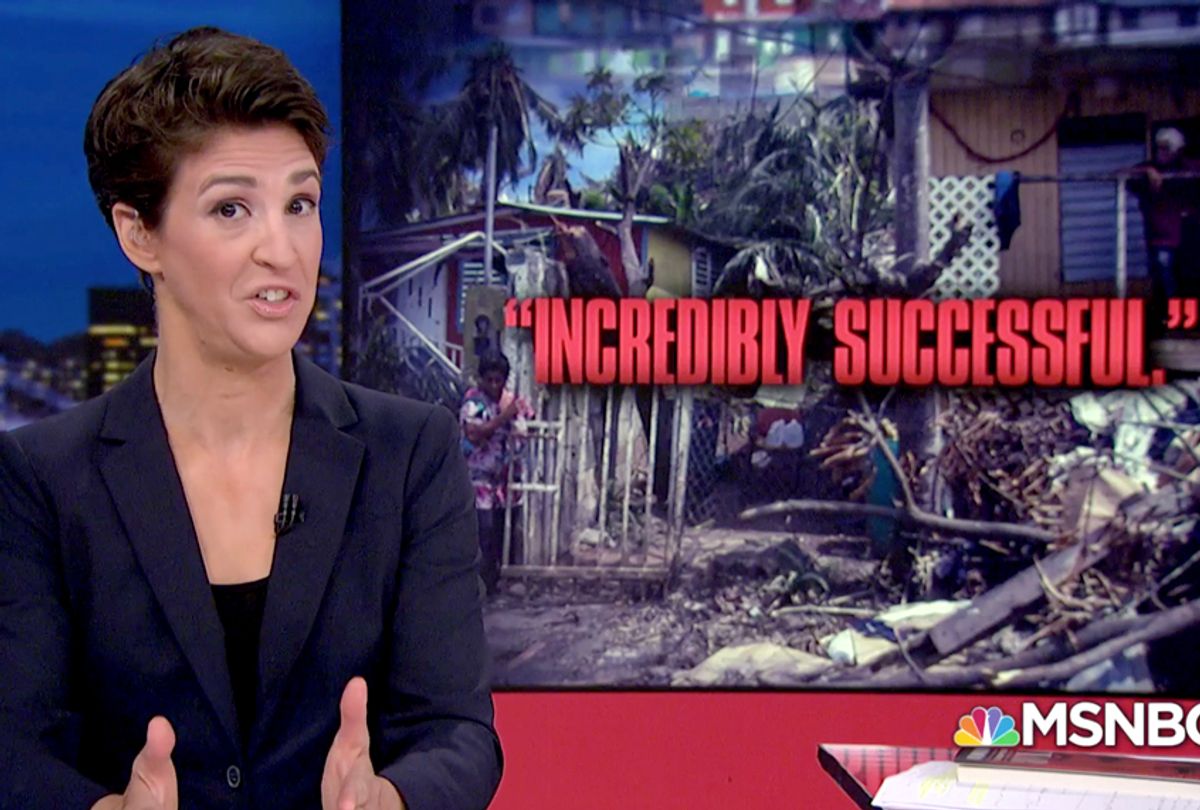 Rachel Maddow reported Tuesday night that President Donald Trump's administration requested to transfer nearly $10 million from the Federal Emergency Management Agency (FEMA) to the Immigration and Customs Enforcement agency (ICE) in order to fund the department's detention and deportation programs for undocumented migrants, according to documents provided to the MSNBC host by Sen. Jeff Merkley (D-Ore.).

The news broke as Hurricane Florence, a powerful Category 4 storm, surges toward the East Coast and could have dire consequences, particularly in the Carolinas.

The revelation is extraordinary given the extreme devastation in the chaos of last year's hurricane season and its aftermath, which resulted in excess deaths, an outbreak of leptospirosis and one million Americans without drinking water. A recent report revealed that nearly 3,000 died in Puerto Rico in the six months following Hurricane Maria in 2017 —  a far cry from the government's original official death toll of 64.

Earlier Tuesday, Trump sparked backlash after he called the federal response in Puerto Rico an "unsung success" of his administration.

"I think that Puerto Rico was an incredible unsung success," Trump said in a meeting to discuss emergency preparations for Hurricane Florence. "I think it was one of the best jobs that has ever been done in respect to what this is all about."

The Department of Homeland Security, which houses both FEMA and ICE, confirmed the authenticity of the documents to Maddow, although it said the movement of funds ahead of hurricane season had not come from emergency response budgets.

However, Merkley disputed this statement, citing lines in the documents that appear to clearly state the Cabinet-level department had transferred money from "response and recovery" to expand immigrant detention. "If $10 million comes out of FEMA knowing what we had last year . . . I find it extraordinary," he said.

In a recent interview with Salon, Rep. Luis Gutiérrez, (D-Ill.), claimed that racism was a big part of Trump's botched response to Hurricane Maria.