The 39th president of the U.S. issued a warning that Democrats need to be more moderate in order to take on Trump 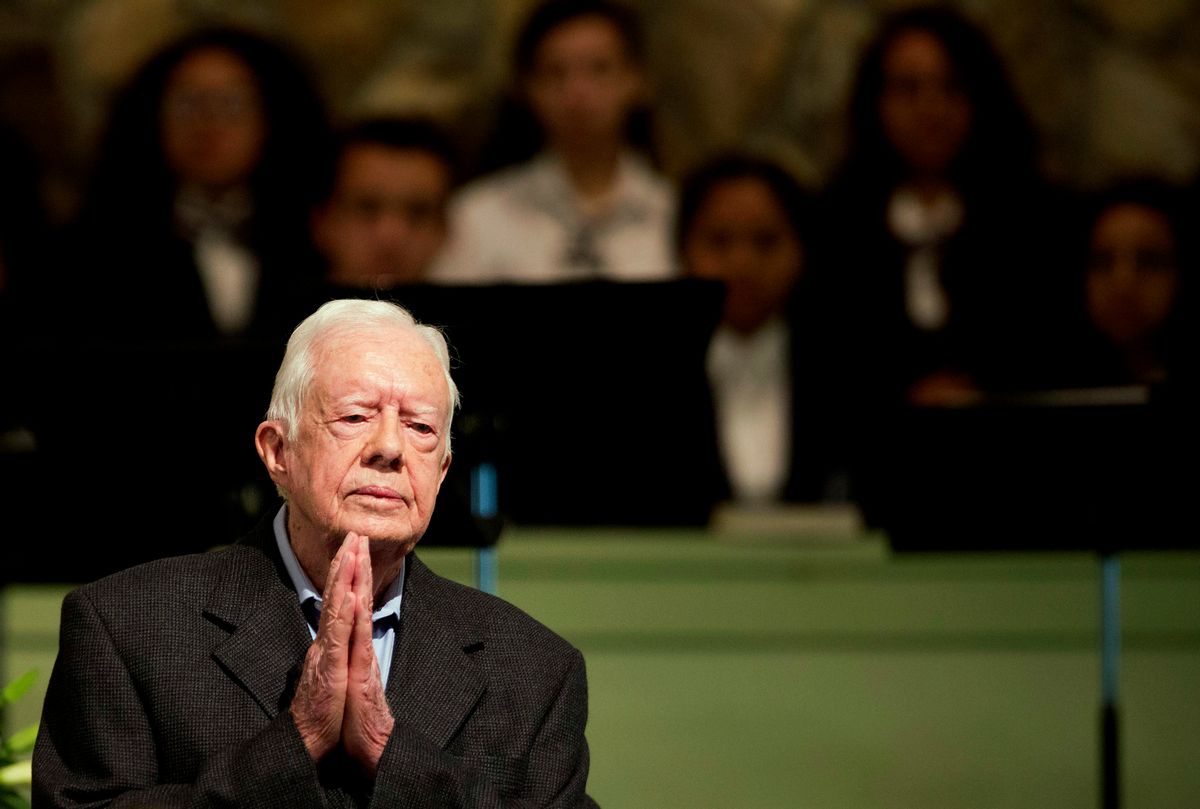 Former president Jimmy Carter, the Democrat who served for a single term from 1977 to 1981, has urged other members of his party not to move too far to the left as they plan to oppose President Donald Trump in upcoming elections.

"Independents need to know they can invest their vote in the Democratic Party," Carter declared while delivering his annual report to his post-presidential center and library in Atlanta, according to the Associated Press. The former president noted that, while "Rosie and I voted for Bernie Sanders in the past," it does not mean that the party should not find a way to appeal to independents.

As Carter put it, the goal is not going to be to win over Democratic voters — "I don’t think any Democrat is going to vote against a Democratic nominee" — but to convince moderates and independents that a Democratic ticket would be better than the Republican alternative. The former president also warned against any attempt to "move to a very liberal program like universal health care."

Carter also did not hold back in his scathing condemnation of the Trump administration.

"America is inherently committed to human rights, and I think in the future we will let that prevail," Carter declared. "But, for the next two years, I can’t predict the imprisoned children are going to be any better off — unfortunately."

Carter had expressed similar negative thoughts about the Trump administration when speaking to Salon in July.

"I think that under Trump the government is worse than it has been before," Carter explained by email. "This is the first time I remember when the truth is ignored, allies are deliberately aggravated, China, Europe, Mexico and Canada are hurt economically and have to hurt us in response, Americans see the future worse than the present, and immigrants are treated cruelly."

During that interview, Carter also explained how the themes that he had touched upon in his famous 1979 "Crisis of Confidence" speech were still applicable.

"We still have the same crises of that time, plus a serious loss of faith in democracy, the truth, treating all people as equals, each generation believing life would be better, America has a good system of justice, etc.," Carter told Salon.

Carter's own presidency offers an interesting counterpoint to both the Trump administration and the current state of the Democratic Party. On the one hand, Carter was notable for making human rights the focal point of his foreign policy — a position in stark contrast with Trump's tendency to cozy up to dictators in nations like Russia, North Korea and the Philippines and his de-emphasis on human rights as a matter of official State Department policy.

At the same time, Carter was not regarded as a liberal during his own era, although subsequent writers have attempted to reevaluate that assessment. When he won the Democratic presidential nomination in 1976, he did so as a moderate, and in 1980, he received a strong challenge from the party's liberal wing through the primary candidacy of Sen. Ted Kennedy of Massachusetts.

Why Jimmy Carter wasn’t a failure

Was Carter our best one-term president?