"The Republicans move in lockstep, and so do the Democrats," the Notorious RBG said at George Washington University 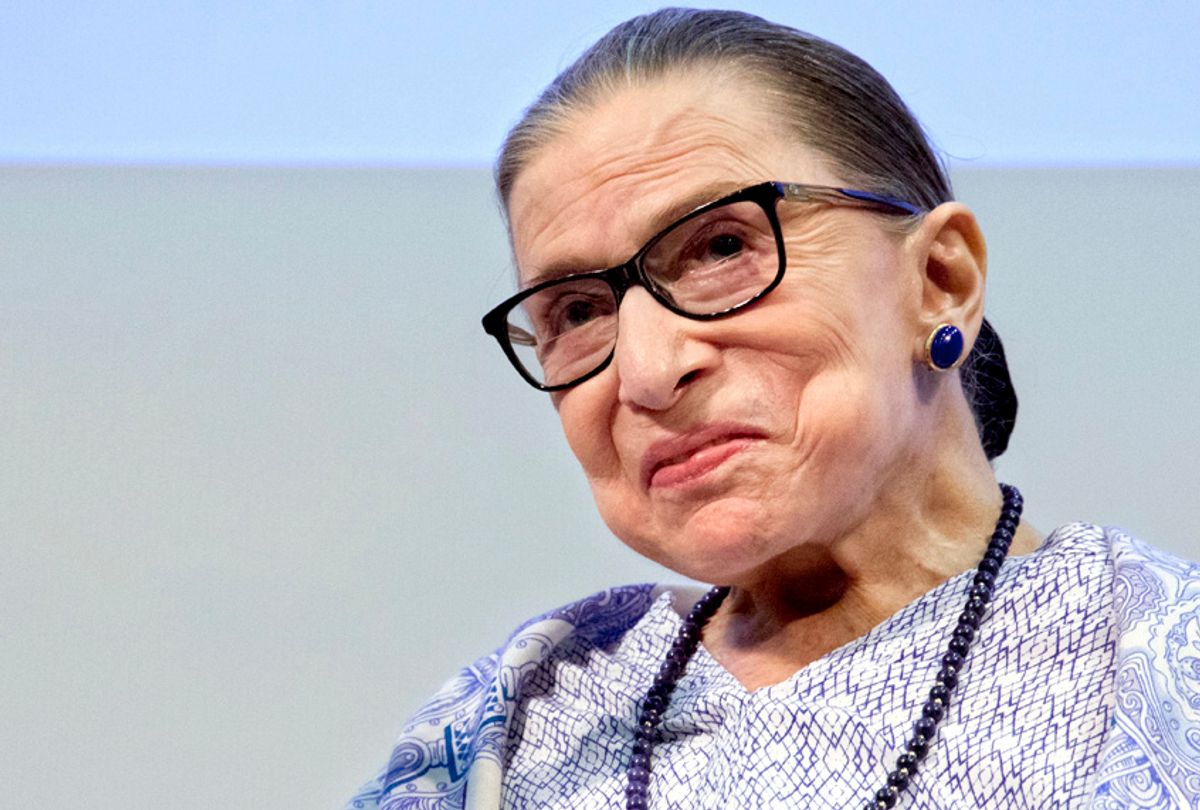 During a Wednesday event at George Washington University Law School, the 85-year-old justice was asked how her confirmation compared to Judge Brett Kavanaugh's, President Donald Trump's nominee. "The way it was was right, the way it is is wrong," Ginsburg replied.

In 1993, she won over almost all of the Republican senators despite her progressive work with the American Civil Liberties Union. Former President Bill Clinton nominated Ginsburg to the Supreme Court in June, and two months later, she was confirmed by a vote of 96-3.

In contrast, the confirmation hearings for Kavanaugh have been contentious and embroiled in political debate, as Kavanaugh represents Trump's second nominee to the Supreme Court following Senate Republicans' move to block former President Barack Obama from nominating Merrick Garland in the final months of his tenure.

Democrats have pushed back against Kavanaugh, as his appointment could shift the Supreme Court to a clear conservative-majority for a generation. They have also expressed worry that Kavanaugh would fail to hold the president accountable when it comes to the Russia investigation, should any legal fallout reach the Supreme Court. Along with a majority of Americans, Democrats also fear Roe v. Wade could be overturned with Kavanaugh seated on the nation's highest court.

In a showdown, on the third day of Kavanaugh's confirmation hearings, Sens. Cory Booker (D-N.J.) and Mazie Hirono (D-H.I.) published previously confidential emails from the judge's time in George W. Bush's White House that depicted some of Kavanaugh's opinions about affirmative action, abortion, indigenous people's rights and voting rights. The documents had been cleared to be made public hours before. If they had not, Booker and Hirono could have risked expulsion from the Senate.

"I wish I could wave a magic wand and have it go back the way it was," Ginsburg said of the confirmation process. She also pointed to the senate confirmation of conservative Justice Antonin Scalia in 1986 as an example of the "truly bipartisan" nature when it came to Supreme Court hearings. "Think of Justice Scalia, who’s certainly a known character," Ginsburg said. "The vote was unanimous."

"That’s the way it should be," she added, "instead of what it’s become, which is a highly-partisan show. The Republicans move in lockstep, and so do the Democrats."

In the conversation at George Washington with Goodwin H. Liu, a former clerk of Ginsburg's office who now sits on the California Supreme Court, the justice also spoke about the gender disparity in the Supreme Court and in the judiciary at large. When Liu asked Ginsburg if she thinks the U.S. will ever see a Supreme Court that is equal across gender lines, Ginsburg replied that, in her opinion, there will be enough women justices on the Supreme Court "when there are nine, of course."

Ginsburg, who even in her eighties, is famous for her intense workout regimen, also revealed that there are only two candidates on the Supreme Court who could possibly do more push-ups than her: "Maybe Justice Neil Gorsuch," who rides his bike to work everyday and is almost 35 years her junior she said. Chief Justice John Roberts is another "possibility."