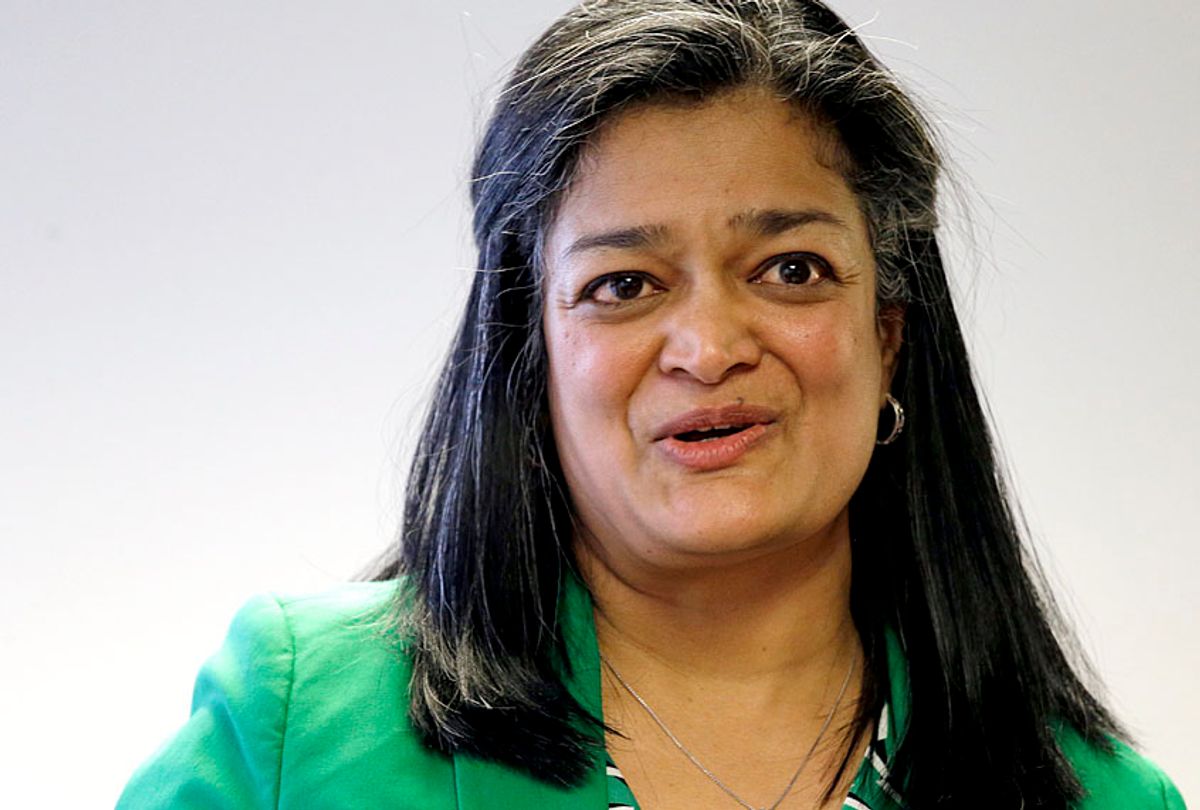 Rep. Pramila Jayapal, D-Wash., announced on Wednesday that she will launching a political action committee, or PAC, to help elect candidates who support Medicare for All.

"I've been advocating for a single-payer health care system since the Obamacare days, when I was not in Congress," Jayapal told Salon. "I think that the Affordable Care Act really provided people with the realization that health care is a right and not a privilege, and I think it's been a huge step forward. But we are now at a place where the momentum is really strong across the country to have a real transformation of the system and to move to a Medicare for All system.

"So I started the caucus inside [Congress] — with, I think 74 or 76 founding members — and now the PAC is designed to be able to support candidates, get them information, help them, if they are making Medicare for All a priority in their campaigns."

Medicare for All has already become a divisive issue among Democrats in the 2018 election cycle. While left-wing insurgent candidates like Alexandria Ocasio-Cortez of New York are outspoken in their support for it, some moderate Democrats have expressed concern that the issue could alienate independent and moderate voters.

Jayapal, however, insists that Medicare for All should not be viewed as a progressive policy stance.

"I'm a proud progressive, obviously. I'm the first vice chair of the progressive caucus," Jayapal explained. "But I think Medicare for All actually should be called a centrist idea. It's an idea that has been adopted by every industrialized nation in the world. It is an idea that serves the center of the country, if you really think about what 'centrist' should mean. It shouldn't be one fulcrum over on the edge of a ruler, it should be right in the center. And to me, that's what a universal health care system is. I believe it is an idea whose time is past due, and if we have a Blue Wave we are bringing in many candidates who have embraced this."

Jayapal also made it clear that the success of any Medicare for All bill will depend on Democrats winning control of the House. So long as they are in charge of that legislative chamber, she asserted, such a bill will never even reach a vote, let alone prevail.

There is statistical evidence to support Jayapal's assertion that what used to be called "single-payer" is now widely popular. Last month, a Reuters survey found that 70 percent of Americans support Medicare for All. This includes not only 85 percent of Democrats, but also 52 percent of Republicans. Indeed, only 20 percent of Americans said that they were entirely opposed to the idea. The Reuters survey defined Medicare for All as "a publicly financed, privately delivered system with all Americans enrolled and all medically necessary services covered."

What is the future of health care in America?