Hillary Clinton slams "monstrous and despicable" Trump administration: "Our democracy is in crisis" 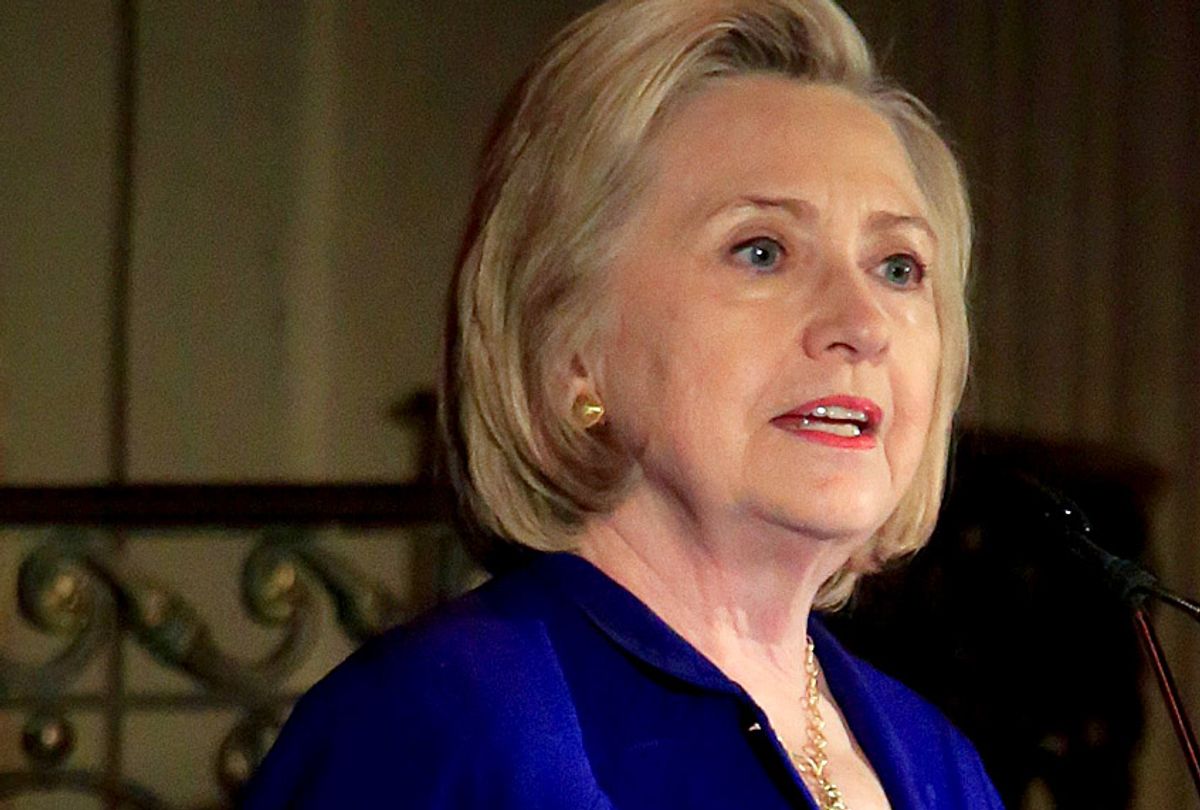 Hillary Clinton excoriated the nearly two-year term of President Donald Trump, claiming Sunday night that her former political rival has done "so many despicable things that it can be hard to keep track."

"I think that may be the point — to confound us, so it's harder to keep our eye on the ball," Clinton wrote in a lengthy op-ed in The Atlantic. "The ball, of course, is protecting American democracy. As citizens, that's our most important charge. And right now, our democracy is in crisis."

In her piece, the former Democratic presidential nominee also denounced the administration's continued practice of separating migrant children from their parents at the U.S.-Mexico border and sending them to detention centers, calling it an "unspeakable cruelty." The New York Times recently reported that, in spite of the Trump administration's efforts to reduce the number of undocumented families coming to the U.S., roughly the same number of kids are crossing the border as in years past and the number of detained children has exploded to the highest ever record.

The former secretary of state also slammed Trump's "monstrous neglect" of Puerto Rico in the six months following Hurricane Maria in 2017, which left nearly 3,000 dead, and claimed the Trump administration "barely responded" after the catastrophic storm hit the island. Clinton also blasted Trump's flat denials that those deaths were caused by the storm. (Most recently, the president blamed Democrats for a larger estimated count of deaths.)

Clinton then blasted Trump's continued dismissal of Russian interference in the 2016 presidential election election as a "hoax" – and called out Trump's "complete unwillingness" to stop it or protect Americans ahead of the midterm elections this November. Earlier this summer, Dan Coats, the director of national intelligence, said foreign interference in U.S. elections was ongoing. "It is 2018, and we continue to see Russian targeting of American society in ways that could affect our midterm elections," he said while speaking at a conference in France.

Clinton's comments come less than two months before the midterms, when liberals hope to ride the proverbial "blue wave" that will supposedly push Congress toward a Democratic majority in November. Clinton urged voters to cast their ballots later this year, but also took aim at current Republican leaders, saying Trump is the manifestation of a much larger and deeper problem in the GOP.

"Whether it was abusing the filibuster and stealing a Supreme Court seat, gerrymandering congressional districts to disenfranchise African Americans or muzzling government climate scientists, Republicans were undermining American democracy long before Trump made it to the Oval Office," she wrote. "Now, we must do all we can to save our democracy and heal our body politic."

Clinton is not the only high-profile Democrat who has leveled a pointed attack at Trump's policies and political brand while attempting to rally voters to head to the polls in the fall. Last week, former President Barack Obama urged supporters at a rally in Cleveland to do whatever they could to support a slate of Democrats running for office around the country in 2018, whether by volunteering for campaigns and arguing with family members to turning out and voting.

"On Nov. 6, we have a chance to restore some sanity to our politics," Obama declared at the event. "We can flip the balance of power back to the American people, because you are the only check on bad policy. You are the only real check on abuses of power. It's you and your vote."