"Least impressive sex I ever had": Stormy Daniels spills the tea about Trump in explosive new book 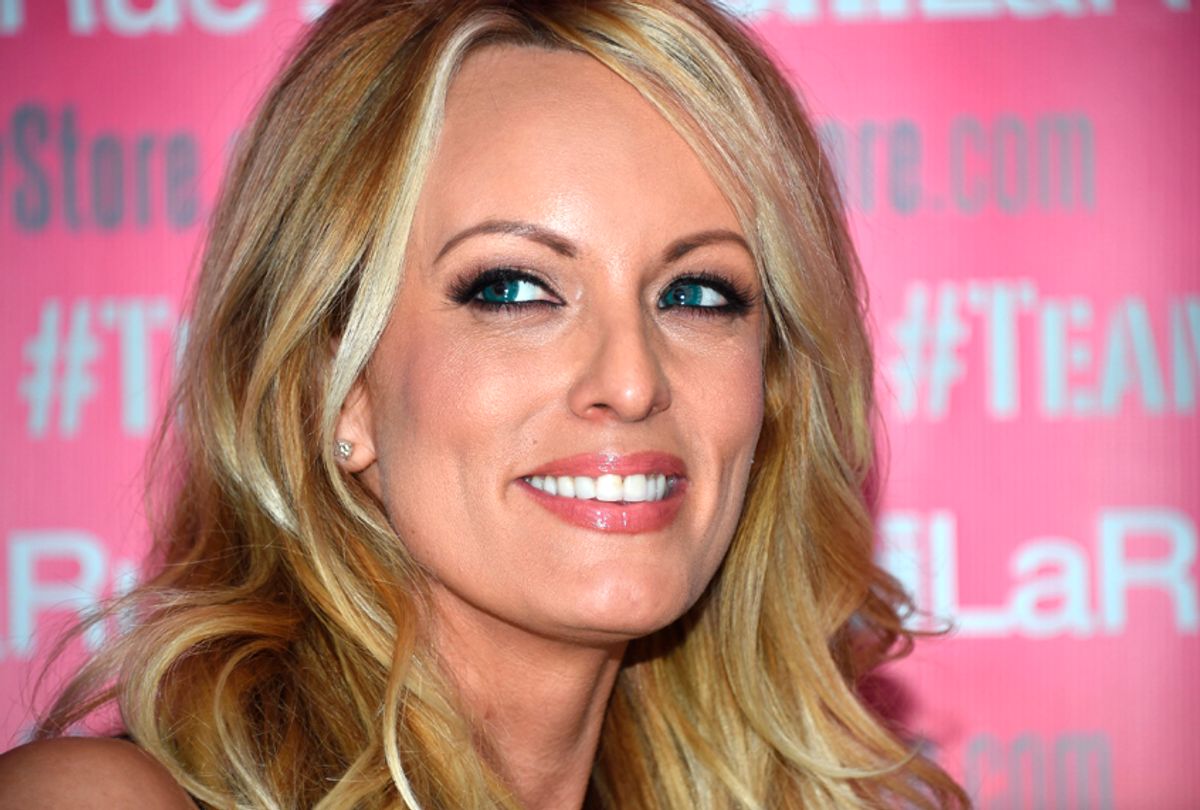 In her new explosive tell-all memoir, adult film star Stormy Daniels alleges that President Donald Trump offered to cheat for her in his NBC reality show "The Apprentice" in order to allow her to survive more episodes of the show.

"We'll figure out a way to get you the challenges beforehand," Daniels quotes the future president as saying in "Full Disclosure," a copy of which was obtained by The Guardian. "And we can devise your technique."

Daniels, who claims she had a one-night stand with Trump in 2006, also spills the tea about her relationship with the president. For years, whenever she Trump on TV, she would say to herself, "I had sex with that ... Eech."

In her memoir, which hits bookshelves Oct. 2, Daniels expresses shock that Trump won Republican primaries across the nation and scored the GOP nomination for president.

"It will never happen, I would say," she writes about her response to former "Apprentice" castmates who shared their disbelief that Trump might win the White House. "He doesn't even want to be president."

The adult film actress has been cooperating with federal prosecutors in Manhattan investigating the $130,000 hush money payment she received in the run up to the election to silence her about the alleged affair. Trump has denied the affair and claimed he did not know about the settlement agreement until after it was signed.

Recently, Cohen plead guilty to campaign finance charges, claiming he had arranged the $130,000 settlement payment to Daniels during in the run up to the election "at the direction of the candidate" to squash reports about her alleged affair with the real estate mogul.

In her book, Daniels also delivers a personal blow the president, describing his genitals in vivid detail. She says his penis is "smaller than average," although it is "not freakishly small."

"He knows he has an unusual penis," Daniels writes. "It has a huge mushroom head. Like a toadstool . . . I lay there, annoyed that I was getting f**ked by a guy with Yeti pubes and a d**k like the mushroom character in Mario Kart . . ."

"It may have been the least impressive sex I'd ever had," Daniels continues, "But clearly, he didn't share that opinion."

Daniels' forthcoming book follows the release of "Fear," famed Watergate journalist Bob Woodward's revealing best-seller, in which current and former Trump White House staffers offer a dim view of the president's intellect and suggest he is unfit to serve as the nation's commander-in-chief.

Trump blasted the book as a a work of "fiction." "The Woodward book is a Joke – just another assault against me, in a barrage of assaults, using now disproven unnamed and anonymous sources," the president tweeted. "Many have already come forward to say the quotes by them, like the book, are fiction. Dems can't stand losing. I'll write the real book."

Daniels also described the first time she saw Trump at a celebrity golf tournament in Lake Tahoe, California, in 2006. "He had a red cap – a Trump crest as a placeholder for the MAGA slogan not one of us could see coming," she writes.