Stormy Daniels and Trump's "endowment": Why do we even care?

Stormy Daniels has made us laugh by insulting Trump's genitals. But hasn't she made our Trump problem worse? 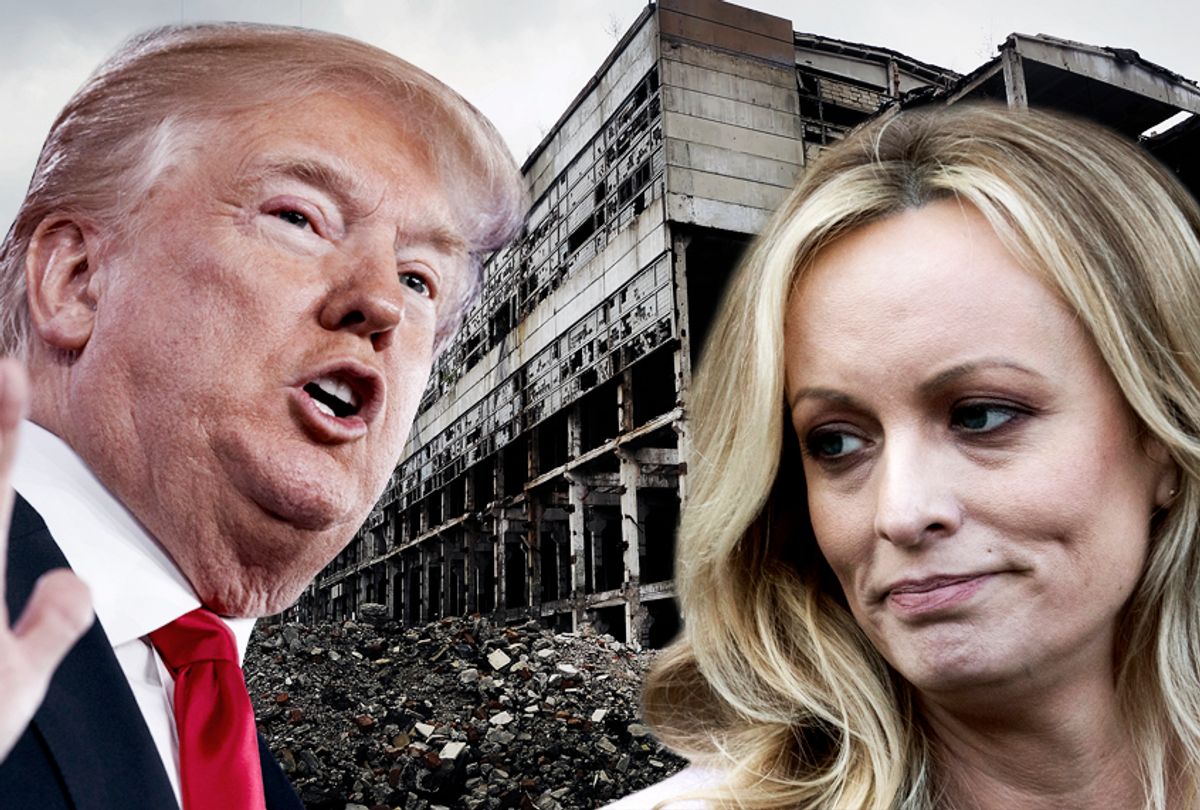 Let's talk for a moment about President Donald Trump's penis.

Trust me, that's not a sentence I ever wanted to write. It is a sentence that I hope you never wanted to read. But considering that this is the same man who bragged about the size of his genitals during a Republican presidential debate way back in 2016, the topic was already in the political Zeitgeist even before anyone came forward to discuss having actually seen or otherwise experienced the member in question. Then Stormy Daniels, the porn star who claims that she had an affair with Trump more than a decade ago, made this startling revelation in her upcoming book, "Full Disclosure," according to The Daily Beast:

He knows he has an unusual penis. It has a huge mushroom head. Like a toadstool. … I lay there, annoyed that I was getting fucked by a guy with Yeti pubes and a dick like the mushroom character in Mario Kart ... It may have been the least impressive sex I’d ever had, but clearly, he didn’t share that opinion.

Before Trump inevitably responds to this, a few important thoughts:

First, in a normal political environment, we would not be discussing the size or appearance of a political leader's penis. Sure, machismo often motivates rhetoric and policy, so a Freudian argument could be made that genital size is ever-present in our political culture. Literally speaking, though, the size of a male politician's penis is no more relevant than the size of a female politician's breasts. In addition to reinforcing some unhealthy assumptions about masculinity, discussion about such matters seems to equate irrelevant physical characteristics with the capacity to be an effective leader. It is no better to objectify men in this context than to objectify women.

So is it OK that Daniels decided to air her views about Trump's organ.

I don't think so. For one thing, I happen to be a fan of Mario Kart, and now the character of Toad (i.e., "the mushroom character in Mario Kart") has been forever ruined for people who want to indulge in that innocent pastime. The same thing is true for Yetis; I never imagined them as having fur like pubic hair, but now that thought is burned into my brain.

On a more serious note, it is doubtful that the correct way to respond to bullying is by further bullying. There are many, many valid reasons to criticize or attack Donald Trump, and his habit of body-shaming women is certainly prominent among them. Yet if we want to create a culture where body-shaming is discouraged, we don't achieve that by body-shaming the shamers. We do that by calling out their shaming as morally wrong and confining our own criticisms to words and actions that really matter. When we instead engage in our own acts of shaming, we don't send the message that we think shaming is wrong, but rather that we only oppose it when it is done by someone we already dislike.

In addition, I somehow don't think that whenever and however Donald Trump responds to Daniels' remark about his sexual performance, he won't embrace this as an opportunity to start a thoughtful conversation about superficiality in our culture. He will, instead, be certain to defend his own manhood and sexual desirability, perhaps with a dash of masculine bravado to let us know that he is tough. In other words, the vulgar and brazen pseudo-machismo that Trump's campaign and presidency have injected into our political life will be made stronger, rather than weaker, by his inevitable response and everything else about this entire episode.

So on second thought, Stormy, I don't want to talk about Donald Trump's penis at all, thank you.