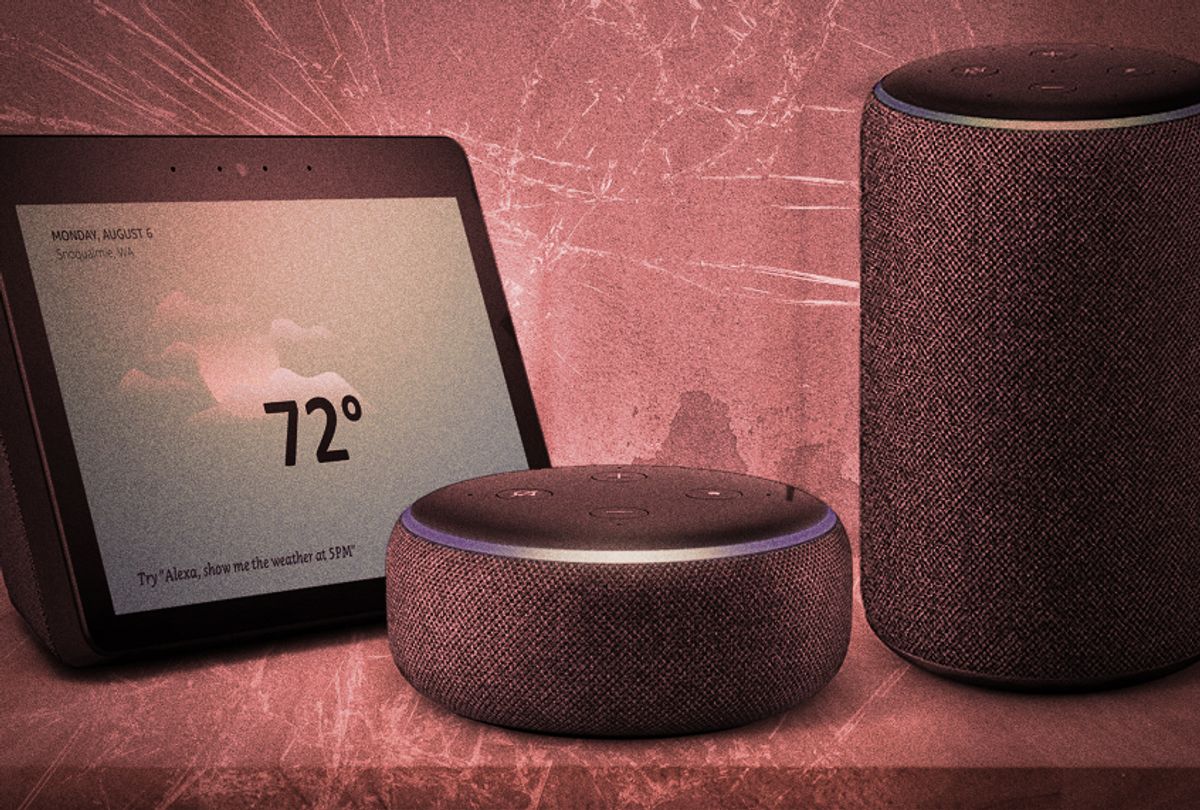 Picture this: It's 2019 and you live in a home full of Amazon smart devices. You leave your window open a crack because you want to enjoy a nice warm breeze and hop in the shower. While you're in the bathroom, a clever burglar sees your cracked window and the numerous Echo devices within. Since Amazon devices aren't voice-imprinted and only have a handful of possible "wake words" — "Alexa," "Amazon," "Computer" or "Echo" — it takes only a minute or two for the would-be robber to figure out how to speak to them.

"Alexa, turn on the microwave for one hour."

"Alexa, email my husband and tell him I want a divorce."

Far from being a dystopian "Black Mirror" episode, this could happen easily with the devices that Amazon announced today — all thanks to security safeguards Amazon has failed to apply.

"Soon customers will be able to manage their email, easily secure their home, watch the shows they love on Echo Show, and make their daily routines more productive—all just by asking Alexa,"  said Tom Taylor, Senior Vice President, Amazon Alexa, in a press release. He continued: "[Customers] can use Alexa to make their lives more convenient and easy—whether it's asking for the traffic on your drive home, checking your email in the morning, or simply saying 'Alexa, good night' to turn off your lights and lock your door."

These appliances have built-in connections to Amazon's cloud-based, voice-activated digital assistant Alexa, who is summoned automatically when someone mentions one of the four aforementioned wake words.

Yet one security expert tells Salon this is one of the most disconcerting details from today's Amazon announcement of today: the "wake word," as in the smart device's summoning name, is still not customizable.

Pam Dixon, Executive Director  of the World Privacy Forum,  a nonprofit and non-partisan public interest research group, said as Amazon takes on more roles in one's house, it is important for consumers to be able to customize the device's wake word.

"It is absolutely necessary for all of us to be able to customize the wake words for Amazon devices particularly as they are going to be more widespread in our home, work environment and cars," she told Salon. "Without customizable wake words, anybody can roll up and wake your device; it is crucial companies begin offering us customizable wake words."

"It is security 101, especially when there is a proliferation of devices," she added.  "If you cannot name the device, I would say you shouldn't be having them everywhere in [your] life."

Overall, Dixon said that incorporating Amazon devices into all parts of our lives poses "substantial privacy issues." Dixon pointed to the third-party doctrine, a legal theory that suggests those who give information voluntarily to third parties have low expectations when it comes to privacy.

"Do we want third party devices everywhere in our lives?" Dixon asked. "That is a question we have to figure out as a general public what our answer is. If the answer is yes, we need to make improvements to make sure we have control and it isn't being used to monetize everything under the sun and our lives."

Interestingly, if the new devices become more than just a trend, they could change human behavior in the future. Rather than doing, humans will be more susceptible to asking. For example, as noted in Amazon's announcement, with a AmazonBasics Microwave, one just has to ask Alexa to pop the popcorn instead of pressing the button.

Such social changes are nudged by Big Tech's promise of convenience, a promise embedded in devices like the Echo.

"Convenience is the most significant enemy of privacy," Dixon said.

When tech companies take over

An interview with Nitasha Tiku from Wired