Christine Blasey Ford will not testify on Monday, but she is open to testifying later next week

Meanwhile, Sen. Mazie Hirono continues to be a vocal critic of the GOP's handling of the sexual assault accusation 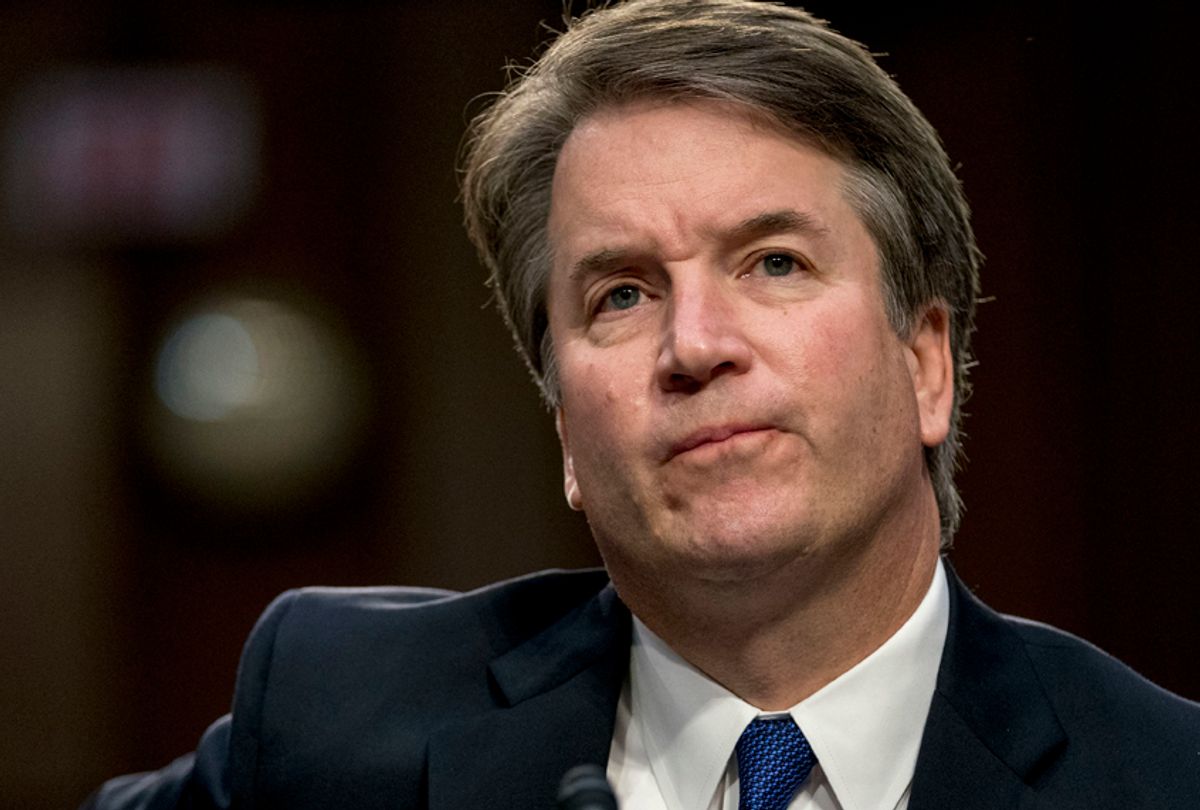 A lawyer for Christine Blasey Ford, the psychology professor who alleges that President Donald Trump's Supreme Court nominee Brett Kavanaugh sexually assaulted her in the 1980s, says that she will not be able to appear on Monday for a special hearing. However, she is open to testifying later next week.

Prior to Thursday's letter, written by Ford's attorney Debra Katz to top officials on the Senate Judiciary Committee Thursday, it was unclear whether Ford would show up to testify. But Judiciary Committee Chairman Sen. Charles Grassley (R-Iowa) had given Ford a deadline of 10 a.m. ET on Friday to respond.

Earlier this week, Ford had asked for an independent FBI investigation to take place prior to her sworn testimony, as was granted to the sexual harassment allegations made by Anita Hill in 1991 during Clarence Thomas' Supreme Court confirmation.

In the letter sent Thursday, Katz requested a call between top staffers on the committee and Ford's team to "discuss the conditions under which [Ford] would be prepared to testify next week," according to the Washington Post.

"As you are aware, she's been receiving death threats which have been reported to the FBI and she and her family have been forced out of their home," Katz wrote. "She wishes to testify, provided that we can agree on terms that are fair and which ensure her safety. A hearing on Monday is not possible and the committee's insistence that it occur then is arbitrary in any event."

The letter continued: "Dr. Ford has asked me to let you know that she appreciates the various options you have suggested. Her strong preference continues to be for the Senate Judiciary Committee to allow for a full investigation prior to her testimony."

While Republicans have agreed to a public hearing, inviting both Kavanaugh and Ford to testify on Monday — Kavanaugh denies the sexual assault allegation and has said he would also be willing to testify —  they have expressed strong resistance to an FBI probe. Ultimately, the White House would be responsible for making such a request. As Ford weighed the possibility of testifying, Republicans indicated that Kavanaugh's confirmation vote would take place next week whether she showed up on Monday or not.

Earlier Thursday, committee Republicans agreed to hire an outside counsel familiar with assault cases to lead the questioning, according to the New York Times.

Many Democrats have advocated for an FBI investigation as Ford has requested, but Sen. Mazie Hirono (D-Hawaii) has been one of the most candid in calling out top Republicans who are looking to rush through the process.

Wednesday, Hirono had equally charged words for her colleagues. "I would like us to come together and figure out what is the best way to proceed," Hirono told ABC News before Ford made her decision about not testifying on Monday.

"Not this seat-of-the-pants stuff," she continued. "The latest, being a letter from the chairman to the Democrats saying, 'We have done everything we can to contact her.' That is such bullsh*t. I can’t hardly stand it."

Hirono also appeared on "The Rachel Maddow Show" Wednesday night, suggesting that, at the very least, the FBI could investigate all the death threats Ford has been receiving. "We all know that she is being threatened," Hirono said. "Isn't that witness tampering? Isn't that a crime? Why does the FBI have to wait around for the president to say, 'Go do your jobs.'"

"She's afraid to come testify," Hirono continued. "Not to mention, she is not getting a fair deal."