Ford doesn not want be in the same room as Brett Kavanaugh, and she would like the committee to subpoena Mark Judge 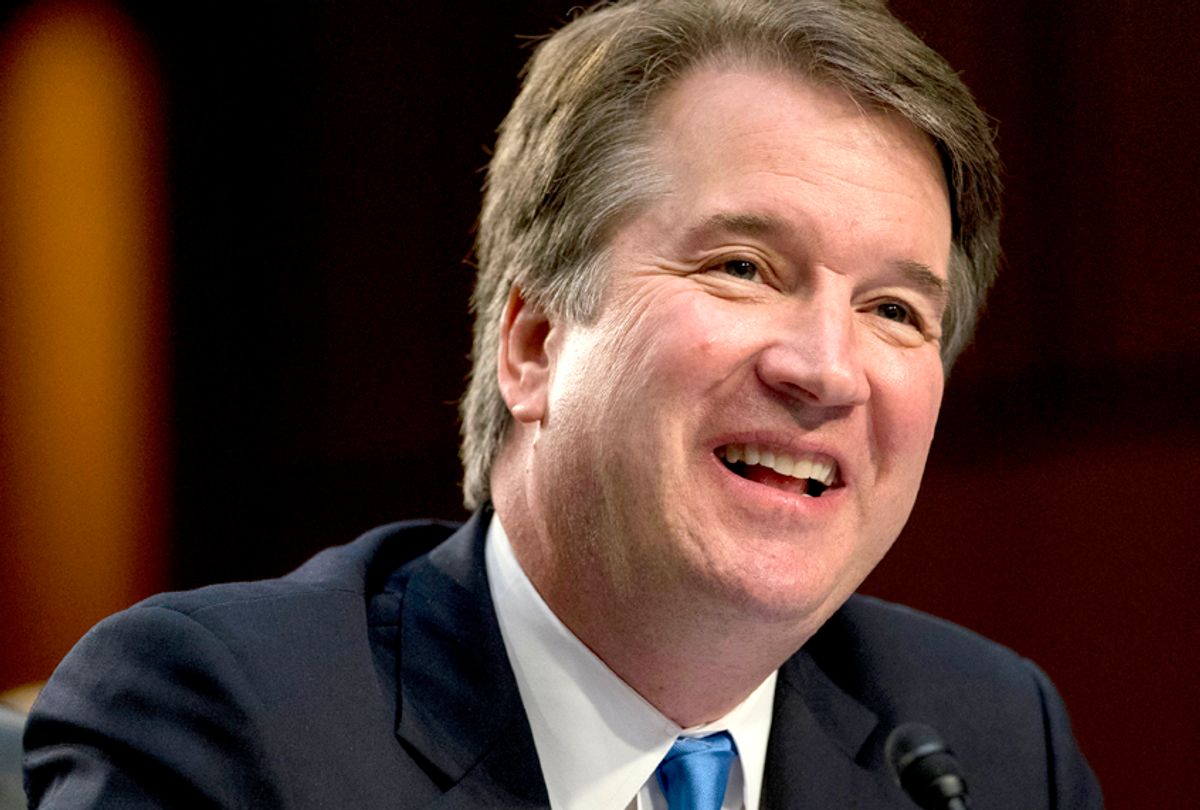 Lawyers for Christine Blasey Ford, the woman who has accused Supreme Court nominee Brett Kavanaugh of attempted rape 36 years ago, communicated with attorneys for the Senate Judiciary Committee in order to lay out conditions for their client's appearance before the panel. The nearly hour-long phone call with committee staff came after Ford's attorneys sent a letter to top lawmakers earlier on Thursday, saying that Ford would not testify on Monday, although she is open to testifying sometime later next week.

Among the requests: Ford does not want be in the same room as Kavanaugh and would like the committee to subpoena Mark Judge, the other person who Ford alleges to have been in the room when the alleged assault took place. Judge has said he does not want to testify.

The conversation marked the first time that Republicans on the committee spoke directly with Ford's attorneys since she came forward with the sexual assault allegation on Sunday, according to NBC News. Prior to the phone call, Republicans had laid of what seemed like ultimatums for Ford: that a special hearing would happen on Monday; she could show up or not show up; if she plans to testify, she must submit her answer and written testimony by 10 a.m. ET Friday; and whatever the outcome, the Senate would move forward with a confirmation vote next week. Ford had strongly requested an FBI investigation prior to her testimony, which the Republicans refused.

Two of Ford's principle concerns are her safety and getting appropriate time to prepare for her testimony. Ford has been the victim of vicious harassment and even death threats since she went public with her accusations, and she claims that she has been forced out of her home. The earliest she offered to testify was Thursday of next week, according to NBC News. Kavanaugh vehemently denies the sexual assault allegation and has said that he is ready to testify Monday.

Other requests from Ford include: a desire to testify after Kavanaugh, for the judge not to be in the room at the same time as her and no time limit on her opening statement. Ford also prefers not to be questioned by outside counsel. Thursday, Republicans said they would enlist a lawyer who specializes in assault cases to lead the questioning, perhaps eager to change the dynamic of an all-white male panel grilling a woman about her alleged experience with sexual assault.

Ford also wants each senator to have equal time questioning her, which is already in practice, to limit the number of cameras present in the hearing to pool coverage and for the committee to ensure that Ford would be provided with appropriate security.

"I want to be clear about this position. The only issue I said was a deal breaker was that Dr. Ford cannot appear at a hearing on Monday," Ford's attorney, Debra Katz wrote in a letter to the committee staff after the phone call, according to a screenshot posted by NBC News. "The demand that she submit written testimony by 10 a.m. tomorrow is a non-starter. It is simply not possible for her to prepare such testimony while at the same time trying to make appropriate security precautions in the face of the avalanche of threats she has been receiving. She needs sufficient time to settle things with her family in California, travel east and prepare for her testimony."

Katz also restated issues about Ford's testimony and wanted clarification from committee chairmen Sen. Chuck Grassley (R-Iowa) about the overall procedure of the hearing, such as how many rounds of questioning would be permitted and the scope of the examination.

"I raised questions about what the committee will do to ensure that the process will be dignified and not turn into a media circus," the letter continued, adding that it was Ford's team's "strong objection" that senators hire outside counsel to lead the questioning. "Senators should be the questioners, as they have been for all other witnesses who have appeared before the Committee in connection with this nomination and with respect to all others of which I am aware," the letter read.

Grassley is expected to give Ford a counter offer after consulting with committee Republicans as early as Friday, according to NBC News. Republicans had previously limited the testimony in the special hearing to only Ford and Kavanaugh, so Ford's request for the subpoena of Judge is seemingly the least likely ask to be granted.