Trump tells Hannity that Kavanaugh's accuser should "have her say," but he doesn't want more delays 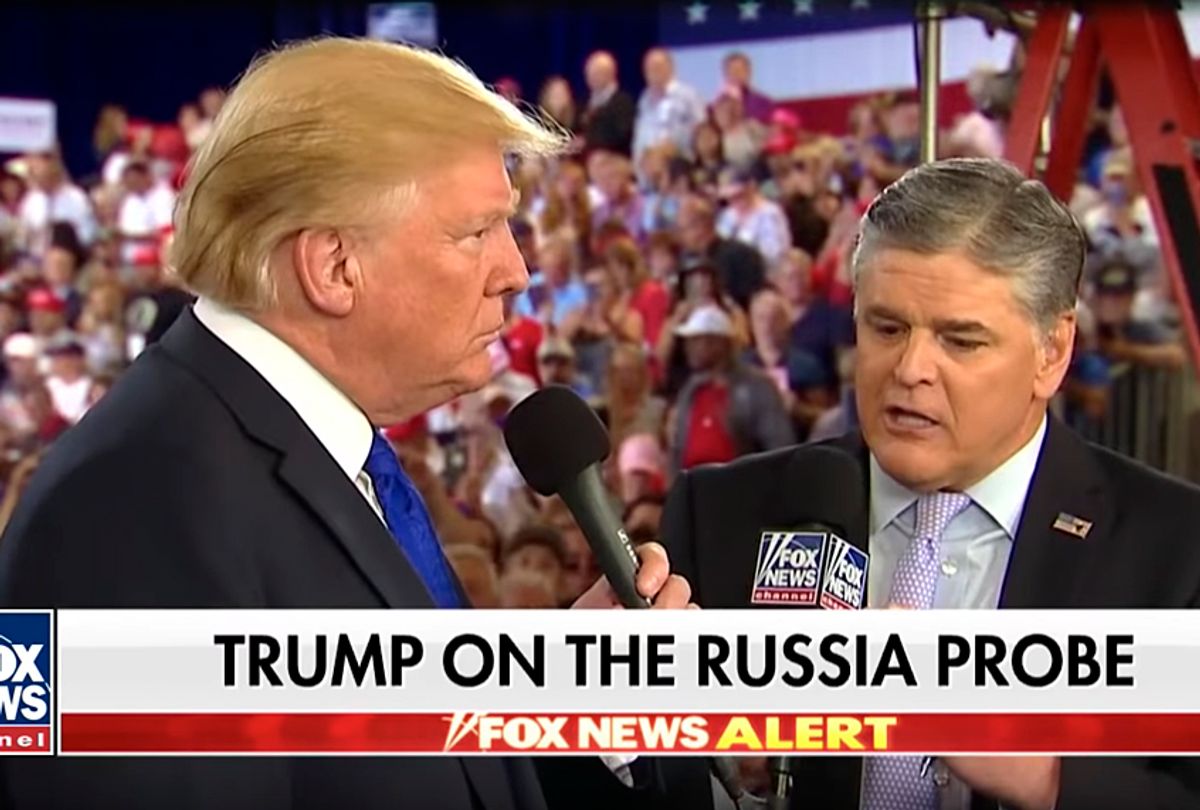 President Donald Trump told Fox News on Thursday that, while he believes the woman who has accused Brett Kavanaugh of sexual assault should be heard, he also does not want his Supreme Court nominee's confirmation process to experience any further delays.

During an interview with Fox News host and Trump supporter Sean Hannity, the president said, "I don't think you can delay it any longer." His remarks were made at a "Make America Great Again" rally on behalf of Sen. Dean Heller (R-Nev.), who is fighting a tight reelection race against Democratic Rep. Jacky Rosen.

Although Trump acknowledged that Kavanaugh's accuser, California research psychologist Christine Blasey Ford, should be provided with an opportunity to "have her say – and let’s see how it all works out," the president also emphasized that "they’ve delayed it a week already."

"I say, let her say what she has to say. And, let's see how it all comes out," he added. "But they’ve delayed it a week. And they have to get on with it."

Trump also used his interview with Hannity as yet another opportunity to slam the ongoing investigation into potential collusion between his 2016 presidential campaign and Russia, which is being investigated by special counsel Robert Mueller.

Hannity's name also came up in regard to Trump during an interview conducted by The Hill with the president. The subject that was broached was the president's decision to declassify documents pertaining to the texts sent between two adulterous FBI agents, documents about the surveillance of a Trump aide named Carter Page and other materials that could conceivably be used in an attempt to discredit the Russia probe.

The president later denounced the FBI, an organization that he also criticized earlier this week for getting involved in the Kavanaugh case.

"I think that — I hope to be able to put this up as one of my crowning achievements — that I was able to do through the help of a lot of good people, including you two and all of the support we have," Trump told The Hill. "We have tremendous support, by the way, to expose something that is truly a cancer in our country. When you look at the FBI, you know you have eight people or so fired now."

"And what we’ve done is a great service to the country, really. You know — I hope — I hope to be able to call this one of — along with tax cuts and regulations, and all of the things I’ve done. You know you’ve been seeing — you probably saw the news conference I just did."