Rep. Devin Nunes is egging on Trump to declassify more documents about the ongoing Russia probe 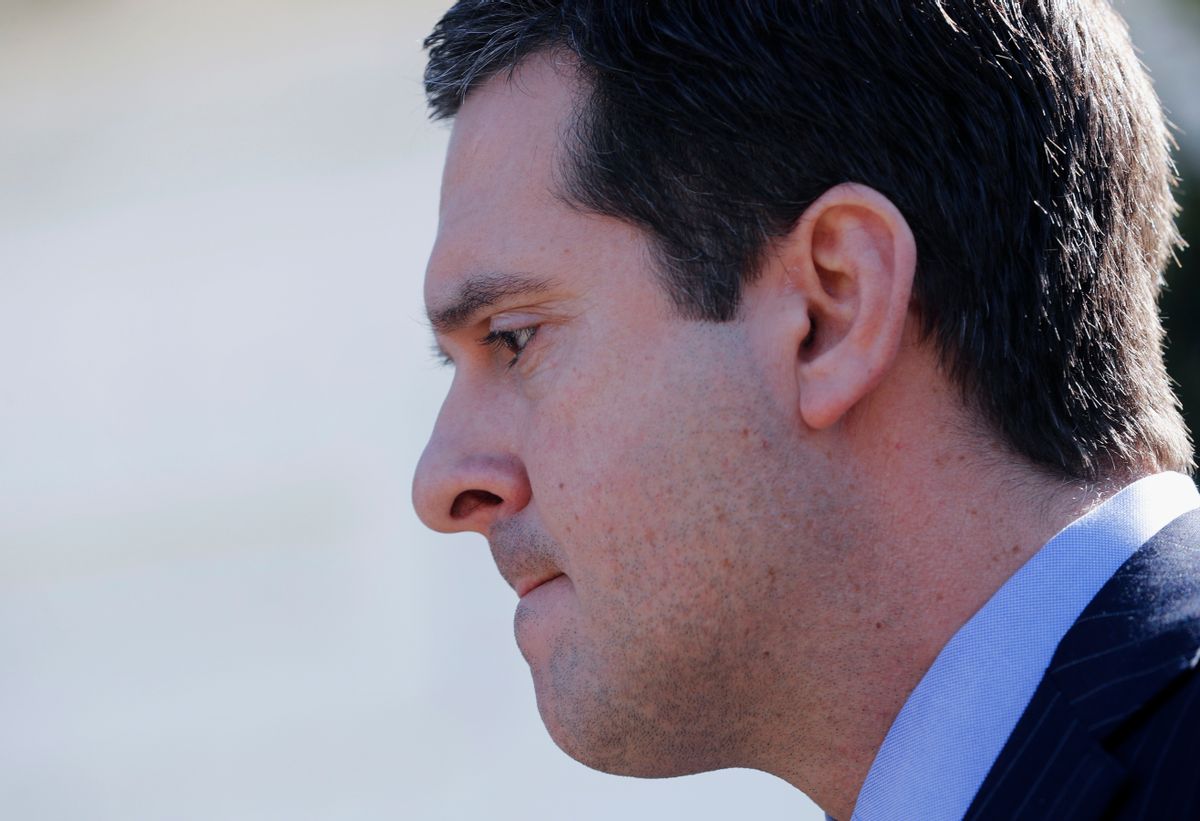 Rep. Devin Nunes, R-Calif., appeared on the FoxNews commentary program "Fox & Friends" in order to encourage President Donald Trump to declassify more documents pertaining to the ongoing probe into potential collusion between his 2016 presidential campaign and the Russian government.

"The first thing he should is he should declassify all the documents that we've been asking for," Nunes told his hosts when they asked how Trump should react to the most recent developments in terms of the Russia probe, including reports that Deputy Attorney General Rod Rosenstein had discussed wearing a wire and encouraging other members of Trump's cabinet to invoke the 25th amendment against him. Nunes stopped short of calling for Rosenstein's resignation, however, argue that it would be politically dangerous to do so "right now before an election, without knowing all of the facts." He added, though, "if Rod Rosenstein really did talk about wearing a wire, than for sure he should be fired."

Earlier in his appearance, Nunes answered a question about whether former Acting Director of the FBI Andrew McCabe had potentially leaked some of the recent developments regarding the Russia story.

He also claimed that "I do believe there's a McCabe-Rosenstein fight going on, but that's where it ends."

Nunes also reiterated his longstanding claim that the probe by special counsel Robert Mueller into potential collusion shouldn't be occurring at all.

"We also know now that the investigators had no evidence of the Trump campaign colluding with Russians. So really the question is, what was the investigation about to begin with?" Nunes told his hosts. He later added, "This is really an investigation in search of a crime."

As Nunes proclaimed, "How do you obstruct an investigation of a counterintelligence investigation... and even if he was, there was no crime anyway?"

Nunes' call for Trump to declassify more documents would further a course of action that the president has already begun to undertake. Last week he ordered the Office of the Director of National Intelligence and the Department of Justice, which includes the FBI, to "provide for the immediate declassification of the following materials: (1) pages 10-12 and 17-34 of the June 2017 application to the FISA court in the matter of Carter W. Page; (2) all FBI reports of interviews with Bruce G. Ohr prepared in connection with the Russia investigation; and (3) all FBI reports of interviews prepared in connection with all Carter Page FISA applications."

Nunes has a controversial history with Trump and the Russia investigation. In the past the House Intelligence Chairman has gotten into trouble for seeming to go out of his way to lend credibility to a bogus story by the president that Trump Tower had been wiretapped by President Barack Obama, was secretly recorded telling a group of Republican donors that he doesn't take the investigation into Trump seriously and has in general been perceived as attempting to protect the Republican president rather than lead an impartial investigation.