An ally of Kavanaugh argued his accuser misidentified him, with the help of a conservative P.R. firm 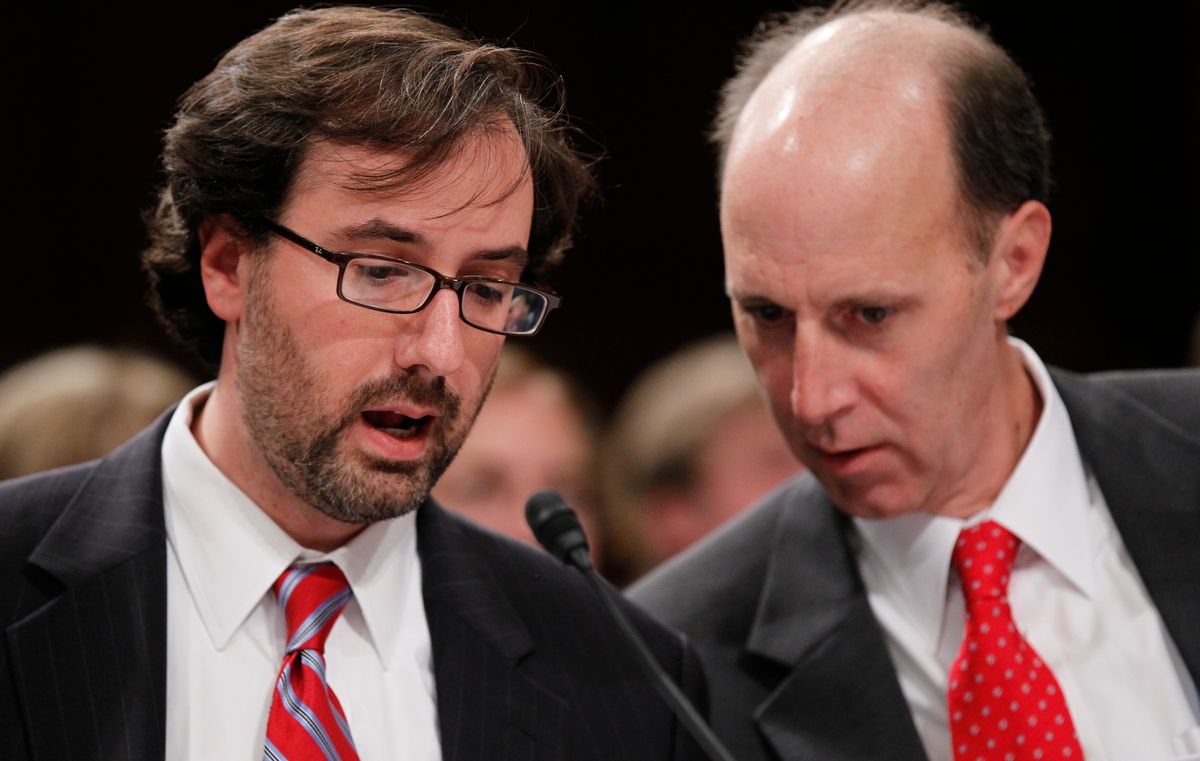 Conservative lawyer and think-tank professional Ed Whelan conjured up a theory late this week positing that Christine Blasey Ford misidentified her assaulter. In a series of now-deleted tweets, Whelan suggested that the real perpetrator was a classmate of Brett Kavanaugh. He even identified the classmate, who's now a middle school teacher, by providing his name and a photo.

The evidence supporting the theory was thin, yet Whelan, who is the president of the Ethics and Public Policy Center, was brazen enough to accuse a private citizen for the crime Kavanaugh allegedly committed in the 1980s.

After swift backlash over his tweets, Whelan apologized for his "appalling and inexcusable mistake of judgment in posting the tweet thread."

I made an appalling and inexcusable mistake of judgment in posting the tweet thread in a way that identified Kavanaugh's Georgetown Prep classmate. I take full responsibility for that mistake, and I deeply apologize for it. I realize that does not undo the mistake.

Curiously, Whelan also took "full responsibility" for the error in judgment. This ownership raised some red flags among Kavanaugh opponents, in part, because of the insider knowledge Whelan shared about all of the individuals involved and the community that they lived. It was quite apparent to outside observers that Whelan had been fed information from someone intimately involved with Kavanaugh's nomination.

In the Twitter thread, Whelan provided maps of where Ford, Kavanaugh and his friend Mark Judge lived in the 1980s. He also provided floor maps of a home near Columbia Country Club, where Ford said was the genesis of that fateful night with the future nominee to the Supreme Court. Whelan claimed that the floor plan matched a description of the house Ford had recounted in the past. Later in the thread, Whelan revealed that the home he found belonged to a classmate of Kavanaugh at Georgetown Prep.

Whelan then provided photos of Kavanaugh and this classmate, asserting that the two private-school students were often confused with one another due to their uncanny resemblance. Whelan insinuated that it was this schoolboy who attempted to rape Ford that night, not Judge Kavanaugh.

At this point, Whelan's tweets started to attract the attention of political Twitter. They did not have the desired effect Whelan had likely hoped. Many legal analysts said on Twitter that Whelan could not be well for diving into this virtual rabbit hole.

I mean I don't read a lot of Ed Whelan and don't know him so I don't have a baseline but can any of his friends do some sort of wellness check? Because this doesn't seem like normal behavior. — SupersedingHat (@Popehat) September 20, 2018

Is Ed Whelan ok? Like, seriously, has anyone checked on his mental health?

It turns out that Whelan was of sound mind when he wrote the Twitter thread. He had accepted help outside help to write it. On Friday, Whelan told The Washington Post that he did not receive any information from the White House or Brett Kavanaugh. His denial left room for receiving help elsewhere. Late Friday, Politico reported that Whelan found assistance with a conservative P.R. firm, CRC, that has ties to the Federalist Society, of which Kavanaugh is a member. According to Politico:

After suggesting on Twitter on Tuesday that he had obtained information that would exculpate Kavanaugh from the sexual assault allegation made by Christine Blasey Ford, Whelan worked over the next 48 hours with CRC and its president, Greg Mueller, to stoke the anticipation. A longtime friend of Kavanaugh’s, Whelan teased his reveal — even as he refused to discuss it with other colleagues and close friends, a half dozen of them said. At the same time, he told them he was absolutely confident the information he had obtained would exculpate the judge.

CRC's participation in the amateurish sleuthing suggests that Republicans are desperate to derail Ford's testimony. This desperation may have ultimately hurt Kavanaugh more than it helped. Whelan's insider knowledge about what happened that summer suggests he had talked to someone in Kavanaugh's camp about it. For example, Whelan was able to provide a map of where Ford's friend lived during high school. The identity of Ford's friend was not yet known to the public at the time of his tweets, demonstrating he received help from Kavanaugh or one of his allies.

Here’s a question: how did Ed Whelan know the location of Ford’s female friend’s house? He had it on the map. As far as I know, her name hasn’t been made public.

To make matters worse, a former CRC employee, Garrett Ventry, who worked on the Senate Judiciary Committee under chairman Chuck Grassley, resigned on Saturday after reports he had been accused of sexual harassment in the past, NBC News reported.

As Senate Republicans and Ford negotiate the perimeters of her testimony this upcoming week, Whelan's tweets show that there has been a coordinated campaign to harm her character. If Republicans truly want answers as to what happened that night, they will likely need to talk to Whelan and whoever else contributed to that half-brained theory.