Bloomberg on possible 2020 presidential bid: "It is a very heady thing when people yell, 'Run!'" 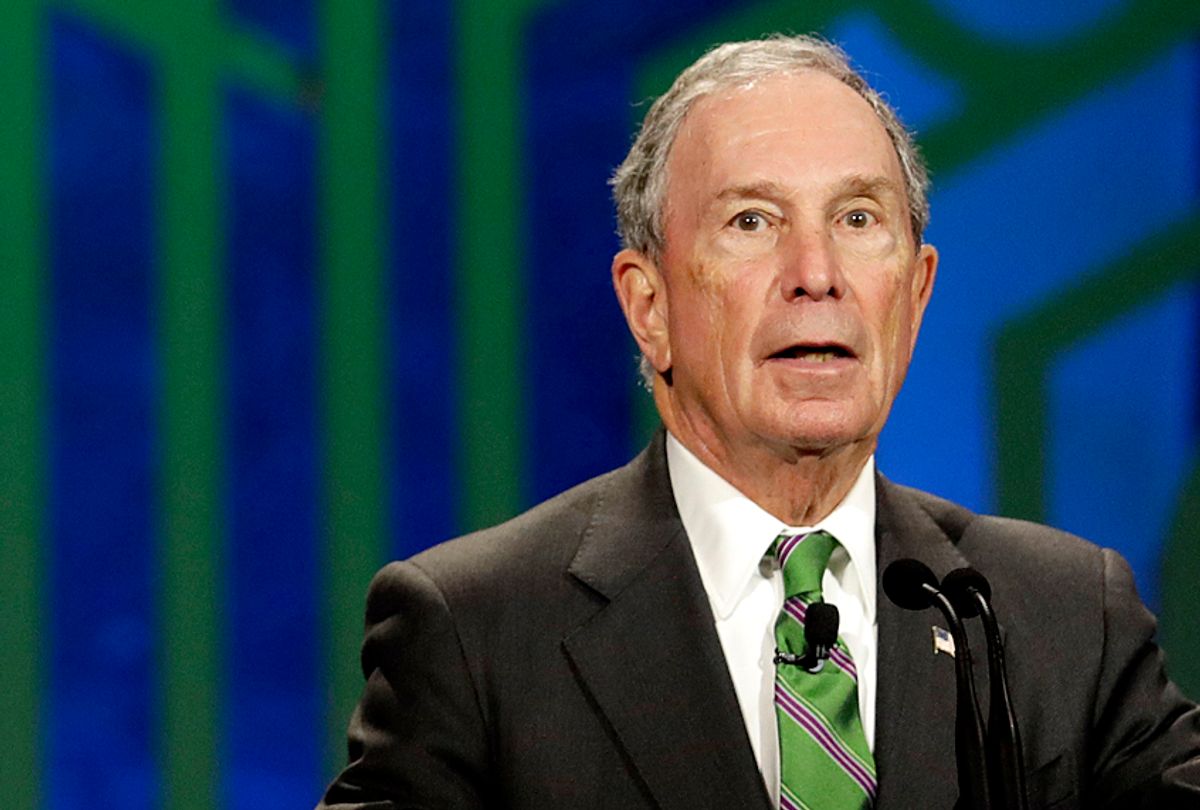 Former New York City mayor and billionaire Michael Bloomberg acknowledged that he might mount a bid for the White House following this fall's midterm elections.

In a new interview with CNN's "Fareed Zakaria GPS," which aired on Sunday, Bloomberg claimed that many Americans are encouraging his candidacy. "It is a very heady thing when people yell, 'Run! Run! Run!'" he said.

"Right now, I'm only focused on the midterms," Bloomberg added. "I believe that the Republicans have not done what they should have done in terms of providing some counterbalance to the executive branch."

"Afterwards, you take a look at it," he continued.

Bloomberg has said he plans to spend $80 million on the midterms in order to help Democrats regain control of the House of Representatives. But, as a former Republican, Bloomberg splits from a new crop of progressives on issues like bank regulations, policing and the #MeToo movement. And he has called on Democrats to take back the center and to engage people who voted for Trump in 2016, according to a report by the New York Times.

However, Bloomberg plans to shell out money in three Republican-held districts in Southern California soon, the Times reported, to campaign against conservative candidates who oppose abortion, gun control and climate science.

Bloomberg also told The Times that, if he were to run for president, he would do so as a Democrat.

"It’s impossible to conceive that I could run as a Republican. Things like choice — so many of the issues — I’m just way away from where the Republican Party is today," Bloomberg said. "That’s not to say I’m with the Democratic Party on everything, but I don’t see how you could possibly run as a Republican. So if you ran, yeah, you’d have to run as a Democrat."

This is not the first time that Bloomberg has considered a presidential run, so there remains skepticism among Democratic leaders about whether the former mayor would seriously pursue one. The possibility highlights how Democrats have yet to define their plan for 2020 to challenge Trump. Would they rally behind another wealthy centrist candidate embedded in the establishment or empower a more progressive player focused on economic inequality, racial injustice and women's rights?

"We'd see whether or not it's possible and how I feel, but that's down the road," Bloomberg told CNN. "You've got to take these things one at a time. Everybody's focused now on the midterms — at least they think they are — and they should be. And then afterward, we'll — there's lots of possibilities."

Bloomberg, 76, served as mayor of New York from 2002 to 2013 and considered running for president as an independent in 2008, 2012 and 2016. He told The Times that, if he did decide to run this time, it would be as a Democrat, because it would take a major party candidate to beat President Donald Trump and take the White House.

Why being anti-Trump is not enough.