Ted Cruz chased out of a D.C. restaurant by anti-Kavanaugh hecklers: "We believe survivors!"

Ted Cruz was swarmed by protestors while at dinner with wife Heidi and heckled out of a D.C. restaurant on Monday 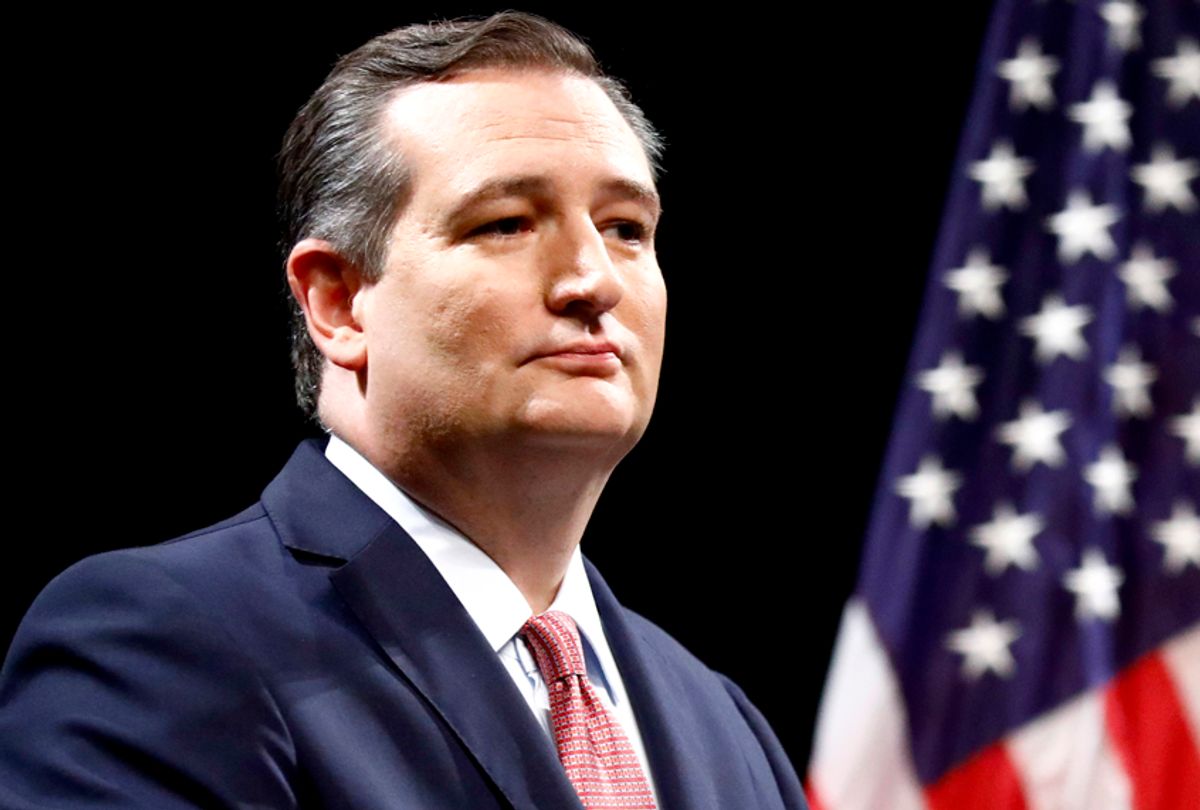 This latest incident occurred at an Italian restaurant in Washington, D.C. called Fiola, located near the Capitol Building. In a video posted online, a woman who claims to be from Texas asks Cruz about how he will vote on Kavanaugh, with whom the Texas senator has a close relationship.

"I'd love to talk with you about Brett Kavanaugh tonight. I'm a constituent. Love to know what your vote is going to be tonight. I know that you're very close friends with Mr. Kavanaugh. And do you believe survivors, sir?" the woman asks. When Cruz and his wife Heidi refused to answer her question and instead walked toward their table, the protest group began chanting "We believe survivors!"

As the second video shows, the protesters did not quit and eventually, the Cruzes decided to leave the restaurant.

The videos were posted by an account called SmashRacismDC.

While it is unclear how Cruz plans on voting regarding Kavanaugh's confirmation, his staunchly conservative record and past history with Kavanaugh makes it seem more likely that he would support the Trump nominee.

Cruz's experience at the Washington eatery puts him in a recent tradition of Republicans being held to account by irate constituents.

In July, former Environment Protection Agency head Scott Pruitt was confronted by a mother upset over how his policies were hurting the environment (he had to resign three days later due to ethics scandals). That same month, Senate Majority Leader Mitch McConnell faced protesters angry over his support for Trump's immigration policies at a Kentucky restaurant. In June, Secretary of Homeland Security Kirstjen Nielsen faced protesters as she attempted to dine at a Mexican restaurant, with immigration policy once again being the catalyst of the protests (and specifically her support for Trump's family separation policy). Also in June, White House press secretary Sarah Huckabee Sanders was kicked out of a restaurant in Lexington, Virginia due to her involvement with the Trump administration.

Regardless of whether Cruz will now be able to empathize with Pruitt, McConnell, Nielsen and Sanders, it is clear that his mind is still very much on his political situation back in Texas. As a recent photograph published by Andrew Kaczynski from KFile revealed, while flying home to Texas, Cruz was looking at a photograph of his Democratic rival in the 2018 election, Rep. Beto O'Rourke.