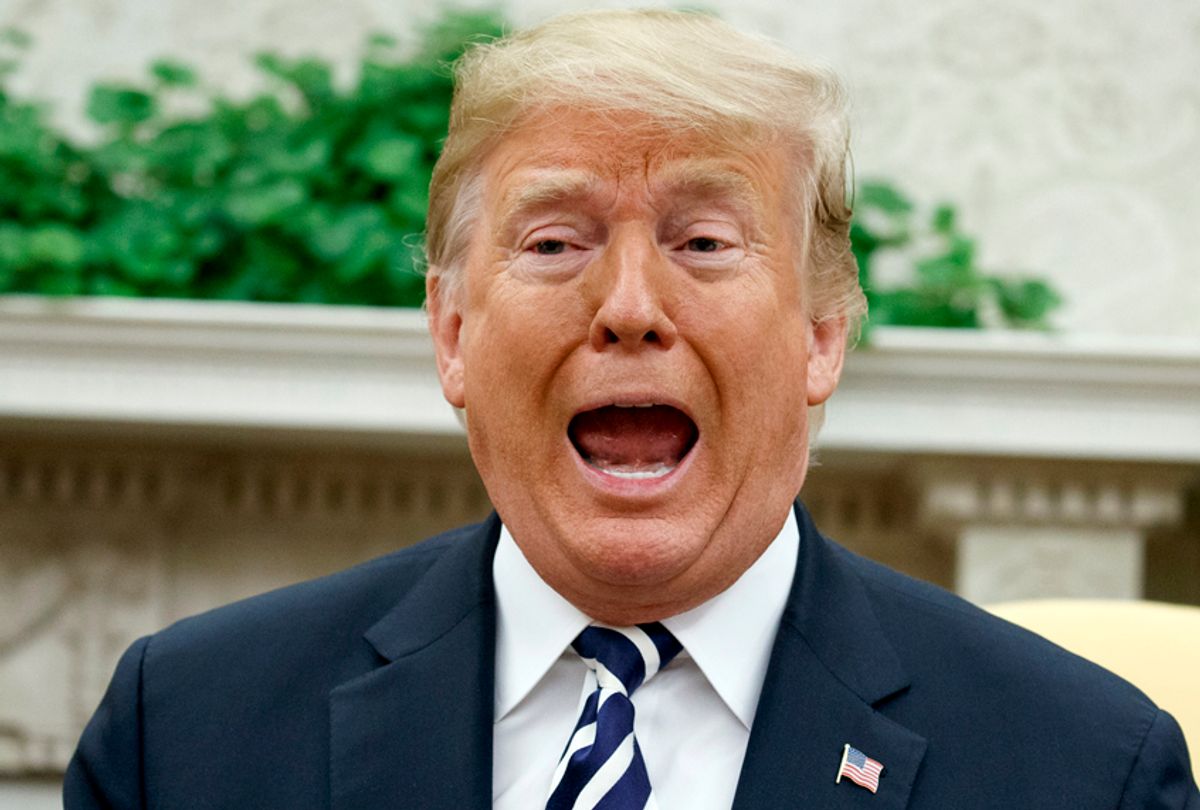 President Donald Trump's speech at the United Nations provoked laughter from the assembled world leaders on Tuesday. Now that the dust has settled and the mirthful chuckling has subsided, observers can see what international statespeople really think of the president's speech.

It still isn't a positive response.

For one thing, it wasn't simply Trump's most infamous line — "In less than two years, my administration has accomplished almost more than any other administration in the history of our country" — that provoked laughter, according to CBS News. German diplomats were seen laughing at the president when he uttered this gem about their energy policy:

"Germany will become totally dependent on Russian energy if it does not immediately change course. Here in the Western hemisphere we are committed to maintaining our independence from the encroachment of expansionist foreign powers."

Michael Knigge, the Washington correspondent for the German public international broadcaster Deutsche Welle, elaborated on exactly what the German people found so ridiculous about Trump's speech.

Trump's answer to the false choice between multilateralism and sovereignty, and the imagined impending takeover of the US by UN types, is simple — and nothing new: The crude nationalism espoused in his campaign slogans "Make America Great Again" and "America First" that helped him win the presidential election will beat back the alleged creeping advances of globalists. In Trump's words: "America is governed by Americans. We reject the ideology of globalism."

But while the truism that America is governed by Americans and the rejection of what he called globalism may win him points at a campaign rally in Kansas, it doesn't with the global leaders gathered in Manhattan. The same goes for his bragging, and factually inaccurate opening line that his administration had accomplished more than any other in US history. At the UN General Assembly it was rightfully met with a mixture of incredulous and embarrassed laughter. That was also the reaction of the German delegation after Trump called out Berlin by claiming that Germany would become completely dependent on Russian energy if it did not reverse course on a controversial gas pipeline.

Germany wasn't alone in having a less than positive response to Trump's speech.

"France continues with all interested parties to spearhead this global fight against climate change," French President Emmanuel Macron said, according to Politico. “In the G7, we will be working to see the Paris obligations increased. Should someone be against that, we shall nonetheless press ahead through new fora.”

Lenin Moreno, the leader of Ecuador, called for an end to America's commercial embargo of Cuba, claiming that it impedes "true liberty and democracy" and arguing that "we insist on respecting state sovereignty and the principle of non-intervention. Militarism is not the answer. It only brings suffering, pain, and death."

Meanwhile Turkish President Recep Tayyip Erdogan, who has a more positive relationship with Trump, praised his speech by saying that "we need to admit that, in time, the United Nations moved away from the capacity to meet the expectations of humanity for peace and welfare. We expect more abundant and flexible support to Turkey, which has prevented a large refugee influx [from Syria] to spill over elsewhere in the world." He did add, however, that Trump was wrong for not criticizing Israel by stating that "those who remain silent in the face of repression against the Palestinians only embolden their oppressors."

Israel, meanwhile, had a more mixed reaction to the speech. As Haaretz reported, the Israeli right-wing loved it:

Trump belted it out of the park, pleased Israeli politicians applauded. He eviscerated Iran, put the Palestinians in their place and tore the mask off the hypocritical international community and their phony organizations, which dedicate themselves to bashing Israel. He stood up for the kind of good old nationalism and patriotism that today’s Israel cherishes, they acclaimed. He spoke truth to power in the world’s foremost den of lies and made us all proud, they kvelled.

Yet the columnist who wrote that piece, Chemi Shalev, also noted that Trump's foreign policies have dangerous implications for Israel:

The local Donald Trump fan club conveniently ignores the fact that the legal basis for the very existence of Israel, established in the November 29, 1947 UN Partition Resolution, stems from the international structure that Trump seems bent on dismantling.  The Trumpkins forget that the venues for international collaboration, which American conservatives and Israeli right-wingers love to loath, were created as a response the horrors of World War II, when the same kind of super-patriotic uber-nationalism that Trump is espousing brought the world to the brink of ruin and the Jewish people to the edge of extinction.  And that if the America First ideology that Trump championed at the UN would have prevailed in 1940, Adolf Hitler and the Nazis could very well have completed their quest for the Final Solution to the Jewish problem, as they put it.

Iranian President Hassan Rouhani, who was scathingly criticized by Trump in the speech, said that "it is unfortunate that we are witnessing rulers in the world ride public sentiments and gain popular support through the fomenting of extremist nationalism and racism and through xenophobic tendencies resembling a Nazi disposition."