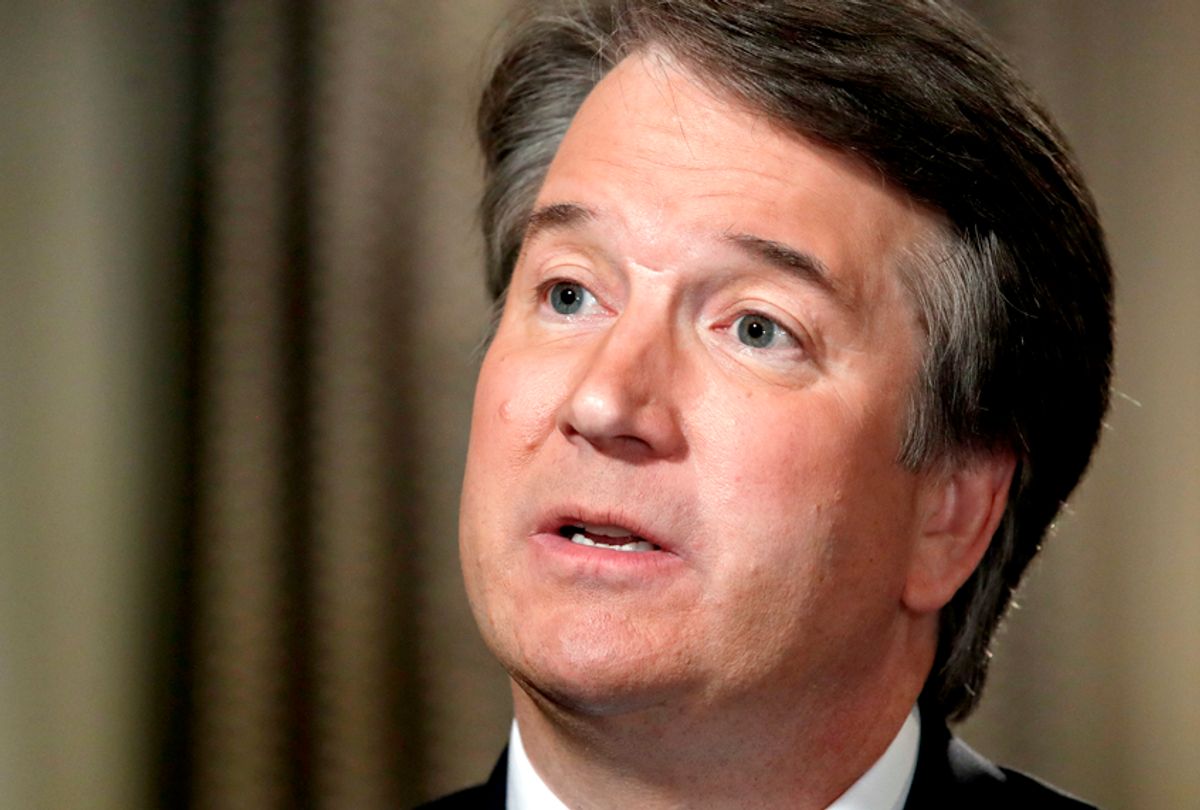 Julie Swetnick, a woman who has held federal government posts at the Internal Revenue Service, the U.S. Mint and the Treasury Department, has alleged that Supreme Court nominee Brett Kavanaugh and his high school friend Mark Judge drugged and gang-raped multiple women at parties during their high school years.

In a sworn affidavit sent to the Senate Judiciary Committee and posted on the Twitter account of her lawyer, Michael Avenatti, Swetnick alleged that she had "attended well over ten house parties in the Washington, D.C. area during the years 1981-1983 where Mark Judge and Brett Kavanaugh were present." Other news sources have identified Swetnick as 55 years old. In her affidavit, she says she graduated from Gaithersburg High School in Maryland and currently lives in Washington, where she works as a certified systems engineer who has held multiple government clearances.

Swetnick further claimed that at those parties she saw Judge and Kavanaugh "drink excessively and engage in highly inappropriate conduct" that allegedly included "fondling and grabbing of girls without their consent" and "not taking 'No' for an answer."

Swetnick also made specific claims about Kavanaugh, including that he was a "mean drunk" who was verbally abusive toward women. In addition, she accused the Supreme Court nominee of "pressing girls against him without their consent, 'grinding' against girls, and attempting to remove or shift girls' clothing to expose private body parts."

In addition to the multiple allegations of sexual assault, Swetnick accused Kavanaugh of being involved in activities designed to rob women of their ability to consent to sex:

During the years 1981-1982, I became aware of efforts by Mark Judge, Brett Kavanaugh and others to "spike" the "punch" at house parties I attended with drugs and/or grain alcohol so as to cause girls to lose their inhibitions and their ability to say "No." This caused me to make an effort to purposely avoid the "punch" at these parties.

After claiming that she had personally witnessed Kavanaugh and others "target" specific girls in this way for sex – "usually a girl that was especially vulnerable because she was alone at the party or shy" – Swetnick made another serious allegation: that Kavanaugh and others would "cause girls to become inebriated and disoriented so they could then be 'gang raped' in a side room or bedroom by a 'train' of numerous boys."

"I have a firm recollection of seeing boys lined up outside rooms at many of these parties waiting for their 'turn' with a girl inside the room," she continued. "These boys included Mark Judge and Brett Kavanaugh."

Swetnick also alleged that she was the victim of one of these gang rapes at a party where Kavanaugh was present, although she does not specifically accuse either Kavanaugh or Judge of raping her.

It remains to be seen how Swetnick's claims, which were made under penalty of perjury, will impact the nomination of Kavanaugh. A recent survey by PBS NewsHour, NPR and Marist Poll found that a majority of Americans, 59 percent, believe that Kavanaugh should not be confirmed if the accusation of attempted rape by California research psychologist Christine Blasey Ford is accurate. Ford is scheduled to testify Thursday before the Senate Judiciary Committee, whose staff is reportedly now reviewing Swetnick's affidavit.