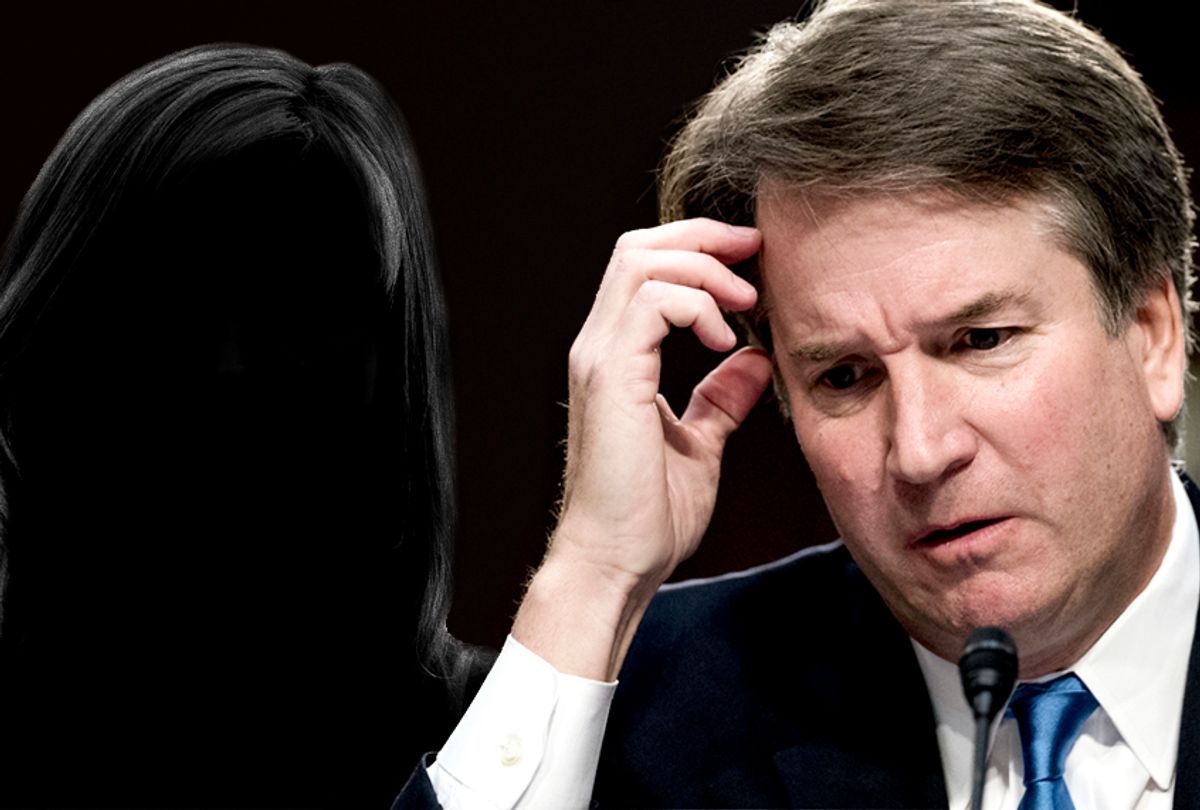 Against Ford's wishes, Republicans on the Senate Judiciary Committee plan to cede their time to an outside litigator during Thursday's much-anticipated hearing. Rachel Mitchell, chief of the special victims division of the Maricopa County Attorney’s Office in Arizona, will stand in for Republicans during Ford's televised testimony on Capitol Hill on Thursday.

Pleased with the plan, Senate Majority Leader Mitch McConnell told reporters on Tuesday that he was confident Kavanaugh would be confirmed, bragging that Republicans had hired a woman to question Kavanaugh's first accuser.

"We have hired a female assistant to go on staff and to ask these questions in a respectful and professional way," McConnell told reporters.

"Dr. Ford, through her counsel, was very insistent that we not allow the hearing to be hijacked with theatrics, like the confirmation hearing was, in my judgment," Kennedy explained.  "We talked about it among ourselves, we meaning the Republicans on the committee, and decided that given the amount of time that we have, Dr. Ford also insisted on just one round of questions, that we would hire somebody who has expertise in trying to ferret out the facts in a case where sexual assault has been alleged.”

"I don’t know that every committee member has given up the right to ask questions, but I know I intend to defer to — I can’t remember the name of the prosecutor," Kennedy admitted, before finally guessing that it was “Ms. Mitchell, I think."

Although she is a registered Republican, Mitchell has a reputation for being tough yet fair, and is respected by many of the Democrats with whom she has worked. The Washington Post also included this telling excerpt about Mitchell's professional background:

Mitchell was one of the prosecutors tasked with finding out why hundreds of sex crimes were unresolved or not adequately investigated by the Maricopa County Sheriff’s Office, said Cindi Nannetti, former county prosecutor and Mitchell’s predecessor at the unit. The controversy had roiled the sheriff’s office for years and were unearthed after reports by victims and the media and an internal audit.

A separate article in the Post also provided this revealing look into her personality and philosophy:

Up until now, Mitchell has had a low profile. She has worked in the Maricopa County Attorney’s Office for 26 years, and heads the special victims division, which handles sexual assault cases. In a 2011 interview, she explained that she had decided to focus on sex crimes while clerking at a law firm and watching a senior lawyer prosecute a youth choir director.

“It struck me how innocent and vulnerable the victims of these cases really were,” she told FrontLine Magazine, which is affiliated with Foundations Baptist Fellowship International, a conservative Christian group.