“This is ... from the Twilight Zone," Brett Kavanaugh claims. "I don’t know who this is and this never happened" 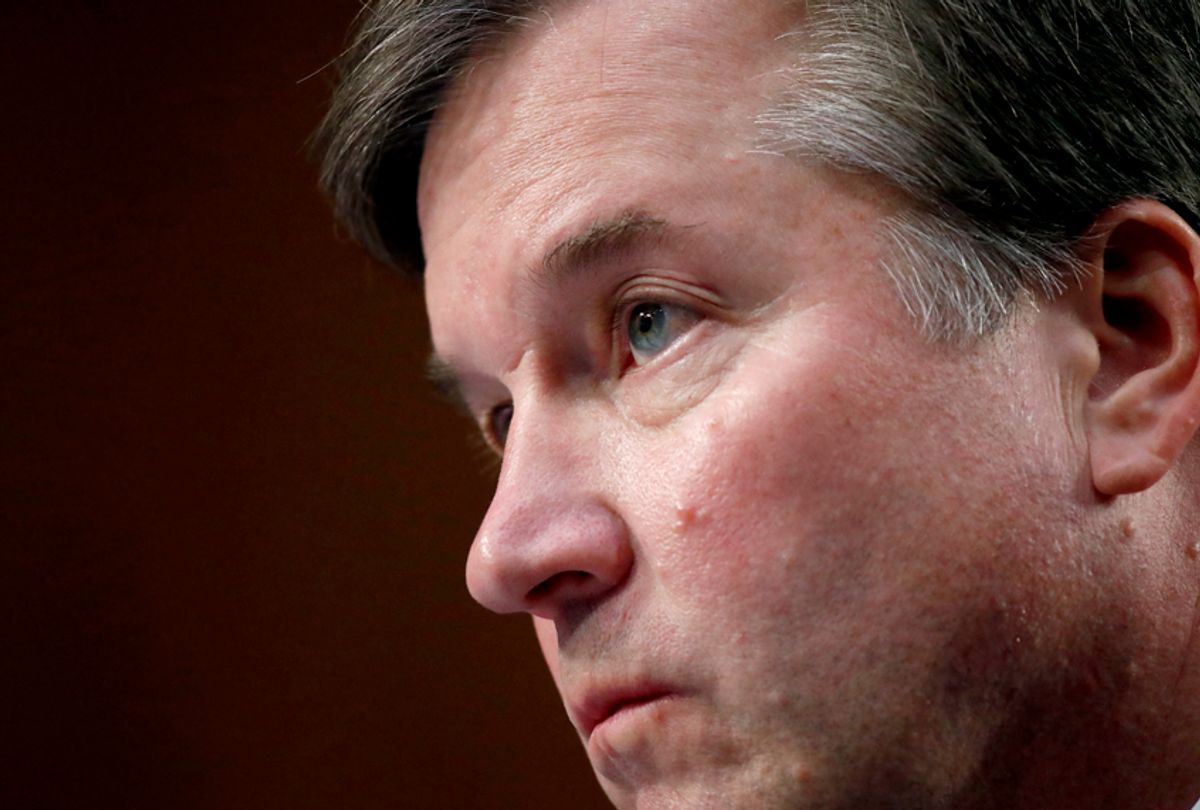 Chuck Schumer, the top-ranking Democrat in the U.S. Senate, has called on Judge Brett Kavanaugh to withdraw his name from consideration for the U.S. Supreme Court after a third woman came forward to accuse President Donald Trump's nominee of sexual misconduct, in this case participation in gang rape at high school parties.

"I strongly believe Judge Kavanaugh should withdraw from consideration," Schumer tweeted. "If he will not, at the very least, the hearing and vote should be postponed while the FBI investigates all of these allegations."

The Democratic leader's move came after Julie Swetnick, a career federal employee represented by attorney Michael Avenatti, alleged in a sworn affidavit that Kavanaugh and his high school friend Mark Judge drugged and gang-raped multiple women at parties during their high school years.

"I have a firm recollection of seeing boys lined up outside rooms at many of these parties waiting for their 'turn' with a girl inside the room," Swetnick said under penalty of perjury. "These boys included Mark Judge and Brett Kavanaugh."

Although she does not specifically accuse either Kavanaugh or Judge of raping her, Swetnick claimed that she was the victim of one of the gang rapes at a party where Kavanaugh was present.

From the sidelines of the United Nations General Assembly, President Donald Trump tripled down on his defense of his Supreme Court nominee after a third named accuser came forward, dismissing the serious allegations against him as a "horrible con game." Trump aimed much of his ire at Avenatti, who also represents Stormy Daniels, the adult film actress who claims she had an affair with the president, as a "Democratic lawyer" and a "low-life."

"They can do it to anybody, what they are doing," Trump said, suggesting a conspiracy from the left. "And it's really really sad."

For his part, Kavanaugh also continued to deny any wrongdoing, despite the mounting accusations of sexual misconduct. “This is ridiculous and from the Twilight Zone," the current D.C. circuit court judge said of the latest accusation. "I don’t know who this is and this never happened.”

In issuing his statement, Schumer cited the fact that there were now multiple allegations with corroborating witnesses, made under penalty of perjury, as support of his call for Kavanaugh to withdraw.

"Given the latest allegations against Judge Kavanaugh, Republicans need to immediately suspend the proceedings related to his nomination," Schumer added. "And the president must order the FBI to reopen the background check investigation."

As Salon's Matthew Rozsa writes, "It remains to be seen how Swetnick's claims, which were made under penalty of perjury, will impact the nomination of Kavanaugh. A recent survey by PBS NewsHour, NPR and Marist Poll found that a majority of Americans, 59 percent, believe that Kavanaugh should not be confirmed if the accusation of attempted rape by California research psychologist Christine Blasey Ford is accurate. Ford is scheduled to testify Thursday before the Senate Judiciary Committee, whose staff is reportedly now reviewing Swetnick's affidavit."

You can read Swetnick's full affidavit below: