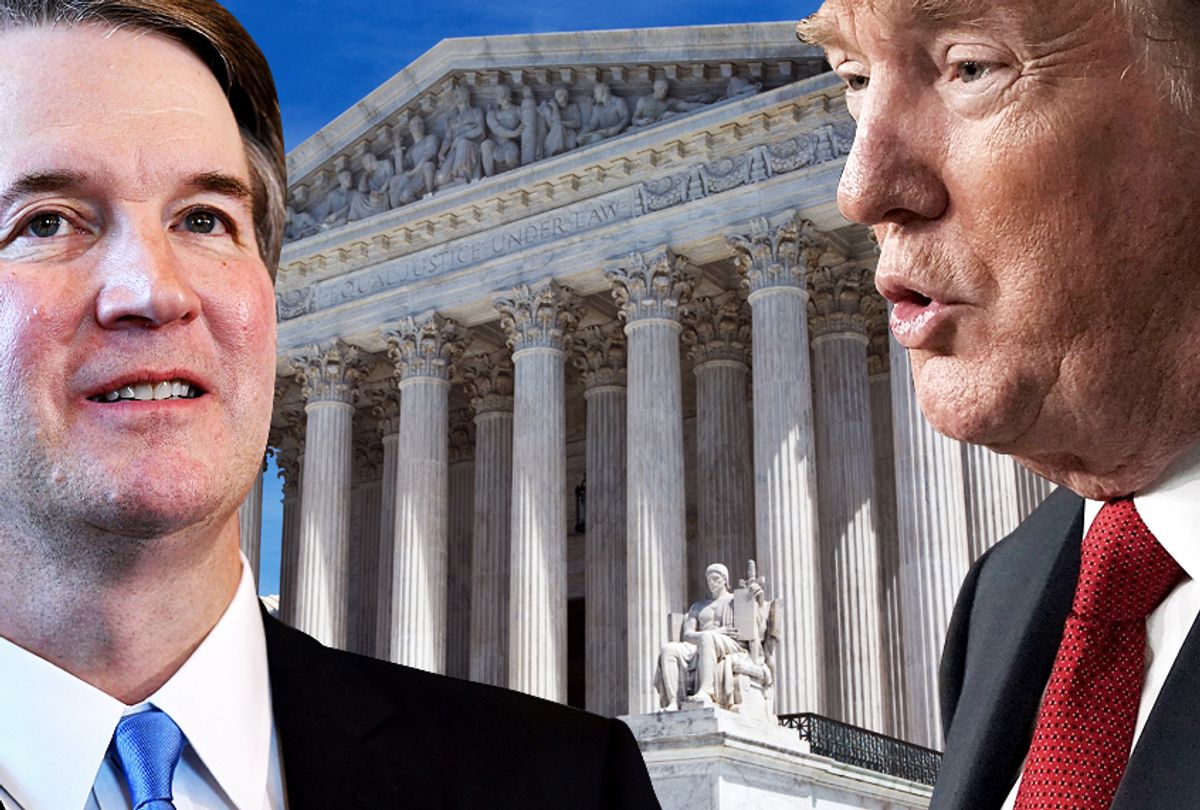 A new poll reveals that, for a majority of Republicans, the question of whether Brett Kavanaugh committed sexual assault is unimportant in terms of whether they feel he should be appointed to the Supreme Court.

Republican feelings do not mirror those of the rest of the American public, however.

The NPR/PBS NewsHour/Marist Poll found that, overall, 43 percent of Americans oppose Kavanaugh serving on the Supreme Court, 38 percent support him doing so and 19 percent remain unsure of how they feel. Seventy-seven percent of Democrats oppose Kavanaugh's confirmation, as do 41 percent of independents (42 percent of independents say they would support confirming him). That said, 59 percent of Americans said that Kavanaugh should not be confirmed if the sexual assault accusations against him are true, with only 29 percent saying he should be confirmed regardless and 12 percent being unsure either way.

By contrast, 67 percent of Americans felt that Clarence Thomas should not be confirmed to the Supreme Court if the sexual harassment accusations made against him by Anita Hill proved true. That poll was taken in 1991, and in that year 21 percent thought he should be confirmed even if they were true, with 12 percent once again remaining unsure.

One factor that may prove decisive are the hearings on Thursday. Fifty-eight percent of Americans told the poll that they plan on paying attention to the testimony of both Christine Blasey Ford, Kavanaugh's accuser, and of Kavanaugh himself. Currently, 42 percent of Americans do not know whether Kavanaugh or Ford is telling the truth. Thirty-two percent say they believe Ford's story and only 26 percent say they believe Kavanaugh.

Merkley added: "In 1991 the Senate committee proceeded to allow testimony from a number of individuals who had corroborating or relevant additional insights, whether on behalf of Judge Thomas or in support of Anita Hill. So those individuals were heard. In this case, the Republicans are denying the opportunity — I call them the R-11, the eleven Republican men on this committee — are denying the opportunity for corroborating voices or others with relevant information to these experiences that are being shared, to come before the committee. And so they're turning it into a he said/she said deliberately, and then they're bringing in the equivalent of a prosecutor to essentially a criminal trial of Dr. Ford, who was brave enough to come forward. This is horrific treatment of a courageous individual and it is completely unacceptable."