Sen. Jeff Merkley: Republicans will be worse to Christine Blasey Ford than they were to Anita Hill 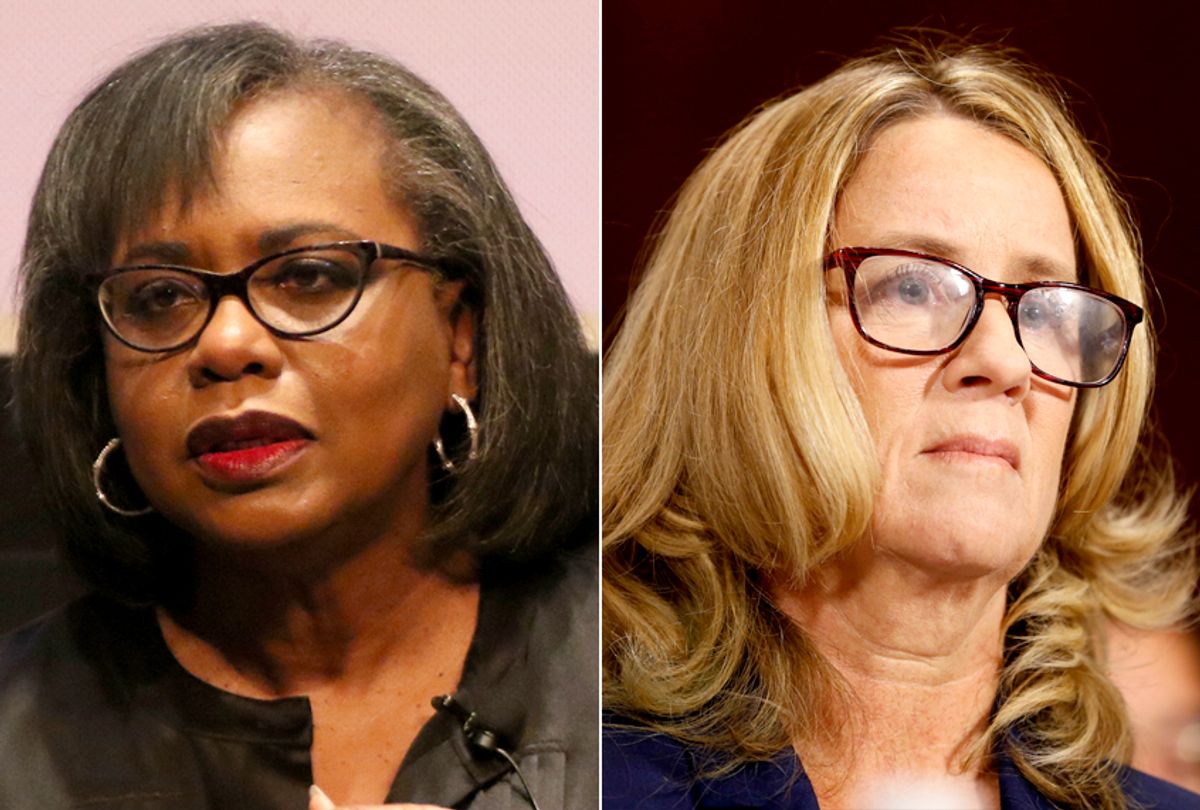 Given that the hearing on Thursday about sexual assault accusations against Brett Kavanaugh will only interview one of his accusers, Christine Blasey Ford, it is important to remember that at least two other women have publicly come forward with additional allegations of sexual misconduct by Kavanaugh. Despite such troubling allegations lingering in the air, Republican leaders have vowed to "plow" through Kavanaugh's lifetime appointment to the highest court in the land.

"My Republican colleagues have been absolutely unfair to the women coming forward to share their experiences," Sen. Jeff Merkley, D-Ore., explained to Salon on Wednesday.

Reflecting on the GOP's treatment of Anita Hill, the lawyer who accused then-Supreme Court nominee Clarence Thomas of sexual harassment in 1991, Merkley said: "the process today is worse than 1991."

Merkley added: "In 1991 the Senate committee proceeded to allow testimony from a number of individuals who had corroborating or relevant additional insights, whether on behalf of Judge Thomas or in support of Anita Hill. So those individuals were heard. In this case, the Republicans are denying the opportunity — I call them the R-11, the eleven Republican men on this committee — are denying the opportunity for corroborating voices or others with relevant information to these experiences that are being shared, to come before the committee. And so they're turning it into a he said/she said deliberately, and then they're bringing in the equivalent of a prosecutor to essentially a criminal trial of Dr. Ford, who was brave enough to come forward. This is horrific treatment of a courageous individual and it is completely unacceptable."

Merkley also talked with Salon about an injunction he is filing to stop a vote on Kavanaugh's nomination.

"Specifically this suit focuses on a violation of the separation of powers," Merkley explained. "Under the Constitution the president nominates and the Senate has a responsibility to review the individual's record to determine if the person is of fit character for the office, be it an executive branch office or a judgeship. In this situation what we have is the unprecedented interference of the executive branch in the deliberations of the Senate. That is unacceptable. Just as the Senate cannot dictate to the president who he or she nominates, the president is not to interfere in the deliberations of the Senate. Otherwise you violate the whole principle in which checks and balances was designed in the Constitution."

He later added, "This administration loves secrecy and they hate oversight. President Trump hates oversight and so whether it comes to intervening to try to keep the nominees' records secret or to keep the criminalization of immigrants fleeing persecution and the child separation secret, you're seeing that same instinct of opposing transparency and trying to drive secrecy. And you see it in a third context by the way, in the president's assault on the press. The press is a source of transparency. They look into things. They write about things. And when he cannot stop them from writing about it, he tries to delegitimize their role in writing about what the Trump administration is doing it."