"I also have two sons, and I wouldn't want a false accusation to be what determined the rest of their life" 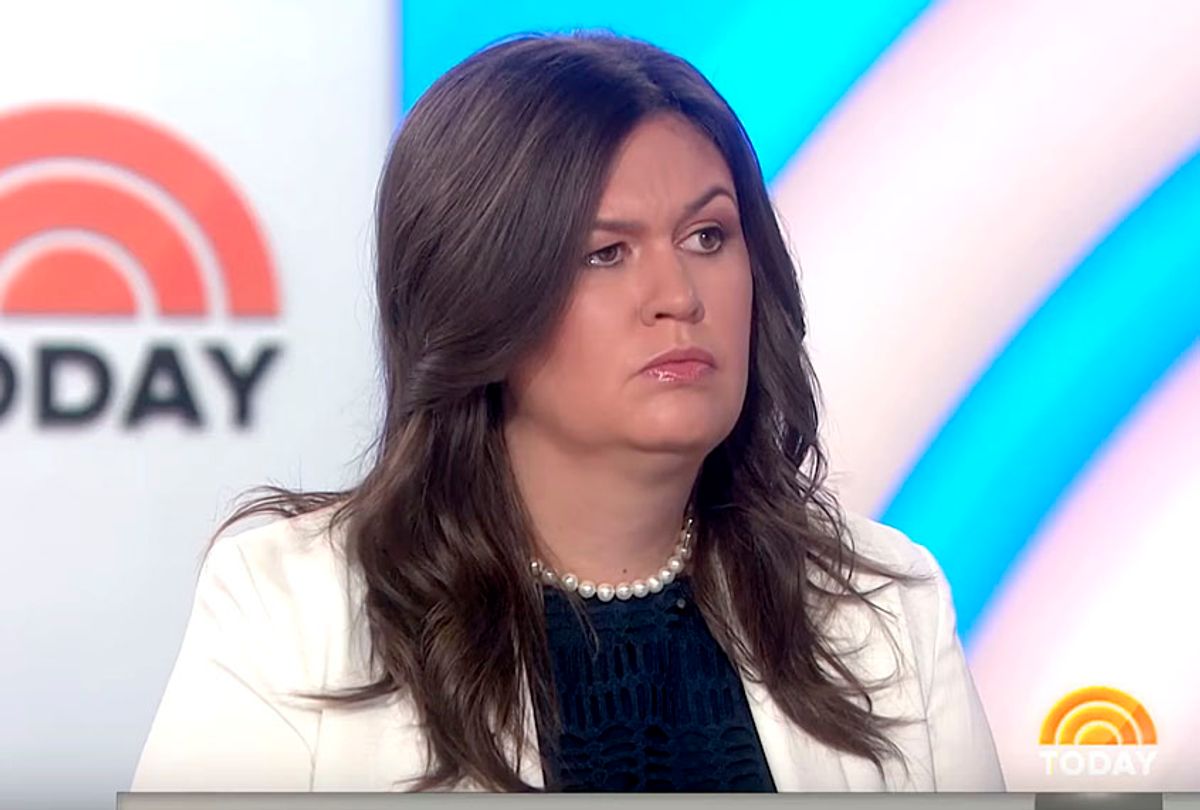 Americans should blame Democrats if they are frustrated by the pace of the review of the sexual misconduct allegations facing Supreme Court nominee Brett Kavanaugh, White House Press Secretary Sarah Huckabee Sanders said Thursday morning on the "Today Show."

"They held onto this. They should have brought this forward," Sanders said during an interview with Savannah Guthrie, the show's co-anchor. "Senator Feinstein had that letter for two months and never brought it to the table."

And Guthrie pushed back. "It's in the hands of the Republicans on the Senate Judiciary Committee and the president now," she responded as she questioned why neither President Trump or Senate Republicans wanted a full law enforcement probe if their intention was truly to exonerate Kavanaugh.

That is why the hearing is taking place Thursday, where both Christine Blasey Ford and Kavanaugh will be able to testify, Sanders replied. "I don't question the stories, but I certainly question the tactics," the White House press secretary continued. That these individuals were more than willing to give interviews to the Washington Post, the New Yorker but refused to sit down with the Senate Judiciary Committee. To me, that is problematic."

Guthrie also asked why Mark Judge, the other individual that Ford claims was in the room when the alleged attempted rape took place, had not been subpoenaed. Ford had requested such a move, but committee Republicans refused.

"Maybe that happens at some point," Sanders said. Guthrie interjected, "But the vote's scheduled for tomorrow, right? So it doesn't seem like they're going to call him."

The press secretary returned to her blame game, charging Democrats with hindering a thorough and lengthy investigation by withholding the allegation. "It's because they want to play political games, and I think, if people have any frustration with the pace and the speed, then there's no place to look other than at the Democrats, who have turned this whole thing into a complete circus," Sanders said.

But there is one person – the president – who could slow this whole process down and direct the FBI to investigate the claims, Guthrie said in response.

Echoing her White House colleague Kellyanne Conway, Sanders repeated the talking point that the FBI has conducted six background checks into Kavanaugh. However, since the allegations of sexual assault were made after the FBI's vetting process, the government agency has not looked in to the allegations made by Ford, by Kavanaugh's Yale classmate Deborah Ramirez, nor by his third accuser, Julie Swetnick.

"It used to be that you were innocent until proven guilty. And, now, an accusation is made, and it destroys somebody's life – whether it's real or not," Sanders said. "I'm often asked about being a parent. 'Sarah, you have a daughter.' I also have two sons, and I wouldn't want a false accusation to be what determined the rest of their life."

Sanders also defended Trump, who seemed to make an effort last week to not criticize and shame Kavanaugh's accusers, but in the past few days has completely abandoned such restraint. She said the president knows Kavanaugh, who has been unequivocal in his denial, but has remained interested to hear Ford's testimony.