Donald Trump on Kim Jong-un: "We fell in love" 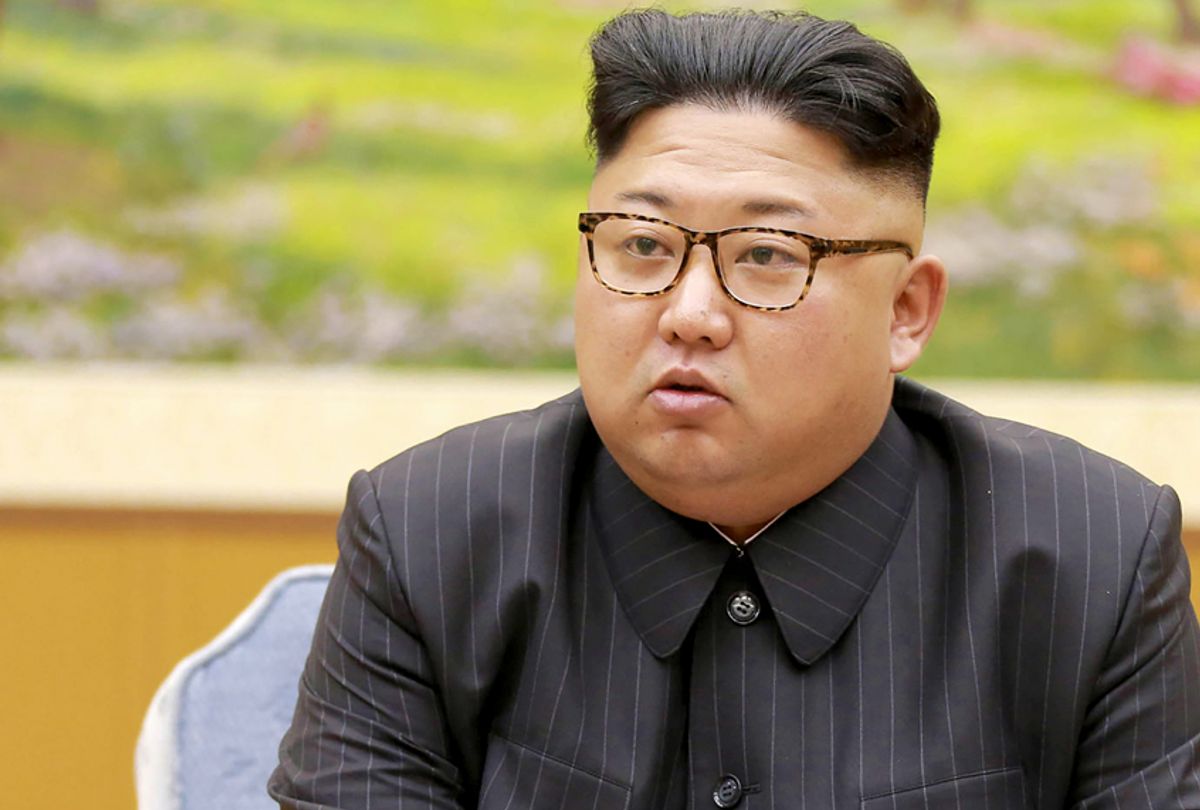 President Donald Trump offered fulsome praise for North Korean dictator Kim Jong-un after receiving a pair of letters which the American leader described as "beautiful," even claiming that he and the notorious despot "fell in love."

"Yes, I agree that the rhetoric was unbelievably harsh at the beginning. But we have a very good relationship! We were going to war with North Korea. That was what was going to happen," Trump told the crowd of supporters in Wheeling, West Virginia, according to the BBC.

"We are doing great. That was a big, big problem. And you know the interesting? When I did it, and I was really being tough and so was he. And we were going back and forth. And then we fell in love, okay?" Trump told the applauding audience. "No really! He wrote me beautiful letters. And they're great letters. We fell in love... Now they'll say, 'Donald Trump said they fell in love. How horrible! How horrible is that! So unpresidential!' And I always tell you, it's so easy to be presidential. But instead of having 10,000 people outside trying to get into this packed arena, we'd have about 200 people standing right there."

Trump's proclamation of love for Kim Jong-un was reminiscent of remarks he made at a press conference outside the United Nations on Friday. After claiming that President Barack Obama had put America on the brink of war with North Korea, Trump went on to praise his relationship with the foreign leader.

"We have a very good relationship. He likes me. I like him. We get along," Trump told the assembled reporters. "He wrote me two of the most beautiful letters. When I showed one of the letters — just one — to Prime Minister [Shinzo] Abe [of Japan], he said, 'This is actually a groundbreaking letter. This is an incredible — this is a historic letter.' And it is a historic letter. It’s a beautiful — it’s a beautiful piece of art. And I think we’re going to make a deal."

When pressed on the fact that North Korea has not shown signs of progressing toward denuclearization, Trump said "But we’re not playing the time game. If it takes two years, three years, or five months, it doesn’t matter. There’s no nuclear testing and there’s no testing of rockets."

When Salon spoke with North Korea policy experts in May, they expressed concern that Kim Jong-un was going to take the United States — and Trump specifically — for a ride, and that merely meeting with the president meant that Kim Jong-un would score a major public relations victory in return for virtually no substantive concessions.

"I'll begin with the caveat that most everybody would make," Tony Arend, a professor and dean in the Walsh School of Foreign Service at Georgetown University, told Salon at the time. "That is, we don't fully understand what's in the mind of Kim Jong-un on a variety of issues and we're always trying to get more intelligence.

He added, "That having been said, my perception is that he is feeling that he has gotten a lot of recognition from the United States. He's gotten the president of the United States to agree to a summit to discuss issues on the [Korean] peninsula, and I think he's pushing to see how much he can get from the United States in the way of concessions. So he perceives himself to be in a position of strength."