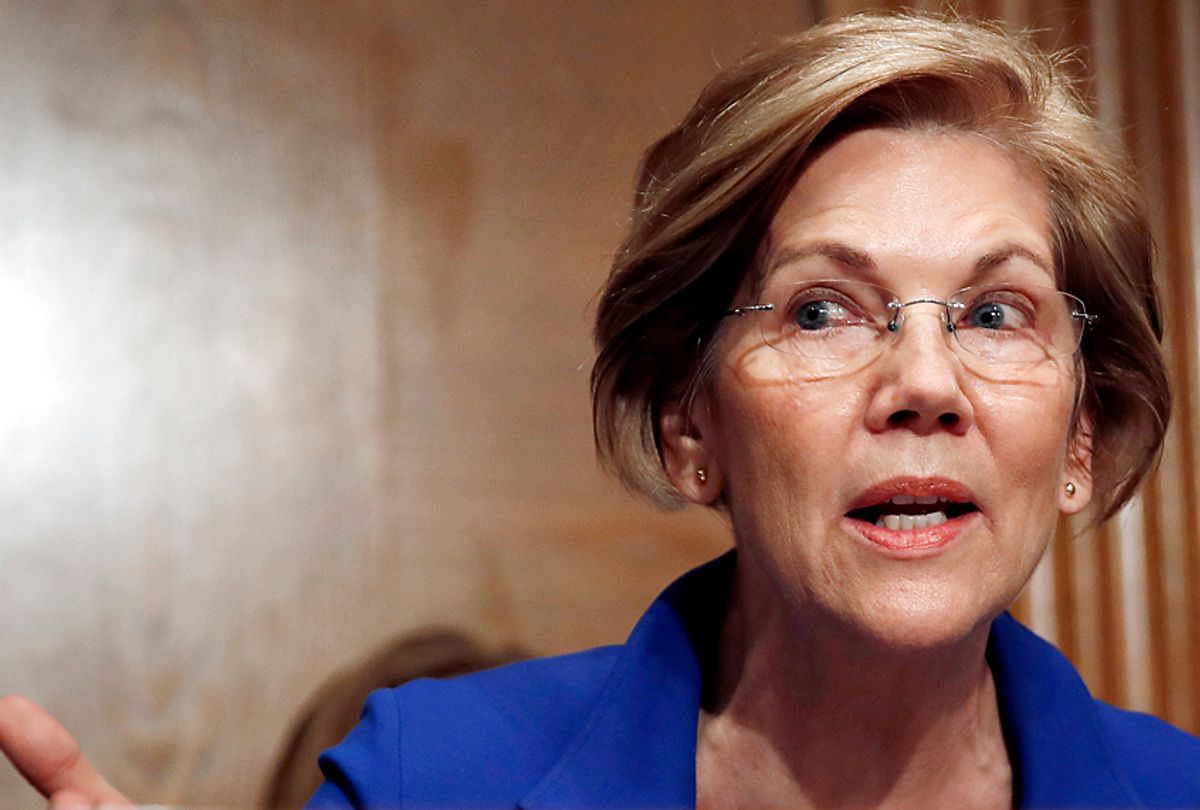 Sen. Elizabeth Warren, D-Mass., has just thrown her hat into the presidential ring — tentatively, at least.

During a town hall meeting in Holyoke, Mass., Warren told the audience that she began thinking about her own possible future as a presidential candidate as she watched the hearings over sexual misconduct accusations against Brett Kavanaugh for the Supreme Court last week, according to The New York Times.

"I watched that and I thought: time’s up. It’s time for women to go to Washington and fix our broken government, and that includes a woman at the top," Warren told the audience.

She added, "So here’s what I promise: After Nov. 6, I will take a hard look at running for president."

During her speech, Warren also took a shot at President Donald Trump, whose administration she characterized as a threat to the future of America.

"Working people have taken one punch to the gut after another, and I am worried down to my bones about what Donald Trump is doing to our democracy," Warren told the town hall attendees.

She also had scathing criticisms for the Republican senators on the Senate Judiciary Committee who presided over the Kavanaugh hearings, characterizing them as unwilling to take any political risks by engaging with Kavanaugh's most prominent accuser, California research psychologist Christine Blasey Ford.

"I watched 11 men who were too chicken to ask a woman a single question. I watched as Brett Kavanaugh acted like he was entitled to that position and angry at anyone who would question him," Warren told the crowd.

Warren's current position on running for president in 2020 runs in stark contrast to what she said in April to a group of reporters.

Preliminary polls for the Democratic 2020 race show that Warren is usually among the top contenders, along with Sen. Bernie Sanders of Vermont and former Vice President Joe Biden. Although Warren has recently ranked third within that group, she would be running during a political climate in which female candidates have on average outperformed their male counterparts, at least within Democratic Party primaries.

Warren has a long history of feuding with President Donald Trump, who has adopted the racially charged nickname "Pocahontas" due to her controversial claim of having partial Native American heritage. Warren has also become an icon among progressives due to her outspoken championing of liberal causes, as well as a notorious occasion when she was silenced by Senate Majority Leader Mitch McConnell as she spoke out against the confirmation of Attorney General Jeff Sessions.

"Sen. Warren was giving a lengthy speech. She had appeared to violate the rule. She was warned. She was given an explanation. Nevertheless, she persisted," McConnell famously said as he silenced Warren, coining a pro-feminist expression in the process, according to The Washington Post.