Feminists won't back down: What's next for #MeToo after the Kavanaugh vote?

Feminists are angry, and watching Kavanaugh sail out of committee on a party-line vote only motivates them more 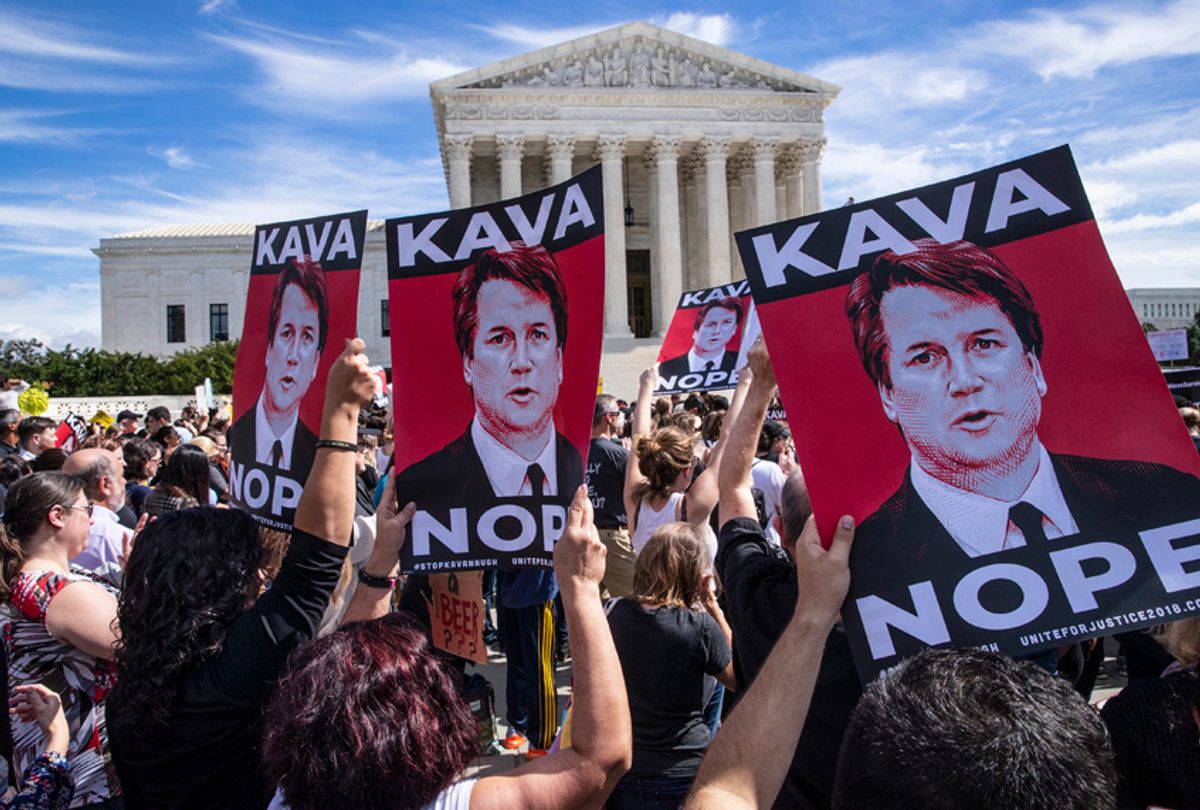 The surprise election of Donald Trump in November 2016, despite the well-publicized release of the infamous "Access Hollywood" tape featuring Trump bragging about sexual assault, caused a massive explosion of female rage across the country. The Women's March, scheduled the day of the election, was not only bigger than the inauguration but likely the biggest protest event in history. A few months later, a national movement against sexual abuse and harassment, dubbed the #MeToo movement, led to an outpouring of stories about workplace abuse, leading to serious consequences for men who harassed — or worse. A record number of Democratic women are running for office, and so far seem to be outperforming male candidates in primaries.

But after two years of this feminist uprising, it can still seem like nothing has changed. On Friday, the Senate Judiciary Committee, on a party-line 11-10 vote, sent the nomination of Brett Kavanaugh, Donald Trump's Supreme Court nominee, to the full Senate. This happened despite a highly dramatic Thursday hearing in which research psychologist Christine Blasey Ford told a surprisingly well-evidenced story about her assault at Kavanaugh's hands in 1982 and asked for an FBI investigation, while Kavanaugh responded with evasions, lies, conspiracy theories and resistance to anything remotely resembling a thorough investigation.

Under the circumstances, it would be understandable if feminists were demoralized. All this work, all this effort, all this rage -- and yet someone who couldn't be more of an abusive, dishonest, misogynist villain is on the verge of confirmation anyway. (Pending the results of an abbreviated FBI investigation occurring this week, of course.) But the feminist activists and writers that spoke with Salon, while most certainly upset, still expressed a belief that this would not demoralize the movement and that Ford's testimony was not offered in vain.

"Short term, it’s a real kick-in-the-gut reminder that Republican lawmakers do not see women as human. But we knew that," said Kate Harding, the author of "Asking for It: The Alarming Rise of Rape Culture - and What We Can Do About It." said. And while Harding said she could not predict the future, she added, "I know Anita Hill had a tremendous effect on my generation of feminists, and I hope Christine Blasey Ford galvanizes young women in the same way."

Jamia Wilson, the executive director of CUNY's Feminist Press, also invoked Hill, while noting that "As the child of civil rights movement activists, I deeply understand that the arc of change may be long, but we must keep fighting.

"When I was a pre-teen, Anita Hill kindled the flames of my feminist click moment," she continued. "I anticipate that Dr. Ford's integrity and power, and the endurance of the #MeToo movement, will ignite a mighty force of next-generation feminist catalysts."

“This whole thing is just fueling the fire, really," said Tatiana Perkins, an advocate against sexual violence who spoke with Sen. Kirsten Gillibrand at an anti-Kavanaugh rally last week. She noted that "women have gotten more and more vocal" recently and felt that Kavanaugh's advancement "will make it so that women can’t be quiet anymore."

"Women have been driving change in our country since Trump’s election, and they are already motivated to make calls, march, be activists and run in record numbers," said Christina Reynolds, the vice president of communications at Emily's List. She noted the way the women on the Judiciary Committee in particular fought against the Kavanaugh nomination, saying, "This is what happens when more women get elected."

"This hearing has been shameful, but women will remember come Election Day and as always, they will make it better," she added.

“The Republican men of the Senate have been failing women for a long time," Rachel O'Leary Carmona, the chief operating officer of the Women's March, told Salon. She framed Kavanaugh's success as more of the same, calling it "just another manifestation of the Trump administration’s white supremacist, patriarchal agenda."

"It is no coincidence that President Trump favored a fellow sexual assailant as his second SCOTUS pick," anti-rape activist Wagatwe Wanjuki said. "The rise of feminist anti-rape activism — with movements like #MeToo and Title IX activism—is making the abusers scared."

Still, Wanjuki said she hopes people understand "that this is a long-term fight that will have setbacks." In her view, this should inspire "feminists to stop seeking validation and change only from the institutions that actively oppress us" and to come up with creative responses to sexual violence and oppression.

Feminists who spoke to Salon generally hoped that, as terrible as this situation is, it may also be a clarifying moment that highlights the stark political divides on gender and forces women to realize that trying to play nice with Republicans simply isn't a viable option.

"The Republican Party is the party of rape culture, and is embracing all the brutality and dishonesty — and rage at even the request for accountability," said Rebecca Solnit, author of "Men Explain Things to Me." She contrasted that with the way "feminism has stood strong, inside and outside the [Kavanaugh] hearing," adding that "Dr. Blasey Ford was a superb representative of what it means to be a victim and what it means to tell the truth," and expressing hope that this contrast will be what "prevails in public and private life beyond."

The election of Trump and now the advancement of Kavanaugh to a floor vote were a stark reminder of the power of reaction in politics. Anti-feminists have been stewing with fury at the way that feminism, pro-choice politics, and anti-rape activism have become a rising force over the past decade. Now they are rather blatantly trying to slap back by putting men credibly accused of sexual violence into positions of power.

But that kind of thing works both ways: The more aggressive conservatives get about entrenching the power of alleged sexual assailants and other apparent misogynists, the bigger a reaction they can expect from feminists, who are fed up and furious. Cultural change works this way at times, through often angry discourse. But at least it's an opportunity for feminists to convince more people, caught flat-footed by the sheer horror of the Kavanaugh hearings, of the need for political action and social change.

"Maybe the next generation won’t have to parade a woman’s pain in front of a bunch of old, white misogynists to stop them from giving a predator enormous power," Harding added. "We can dream."