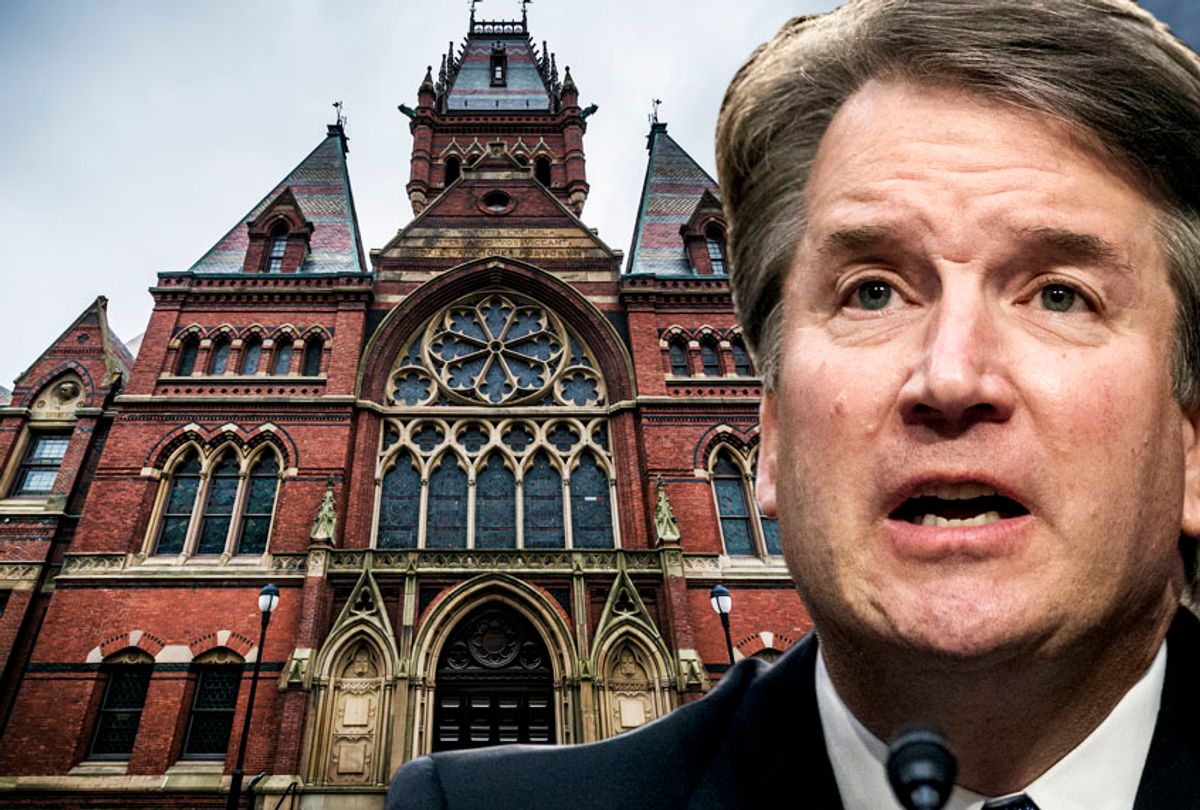 Embattled Supreme Court hopeful Brett Kavanaugh, under intense scrutiny over allegations of sexual misconduct and assault allegedly committed decades ago, will not teach his course at Harvard Law School this January.

The Harvard Crimson reported that Catherine Claypoole, associate dean and dean for academic and faculty affairs, told students in an email on Monday night that Kavanaugh had notified the school that he would not be able to teach his course, "The Supreme Court Since 2005," which was slated for this winter.

"Today, Judge Kavanaugh indicated that he can no longer commit to teaching his course in January Term 2019, so the course will not be offered," Claypoole wrote. She sent the email on behalf of the law school's curriculum committee.

More than 800 Harvard Law School graduates had signed a letter urging the university to remove Kavanaugh as a lecturer at the school after he was accused of sexual misconduct, The Washington Post reported. But the letter had not yet been submitted to administrators by the time of Claypoole's email, according to The Post. In addition, hundreds of students and faculty from Yale Law School, where Kavanaugh earned his law degree, traveled to Washington, D.C. last week to protest his lifetime appointment on Capitol Hill, lining the halls of the Senate and demonstrating in front of various offices and on the steps of the Supreme Court. Other students wore black and staged a sit-in at the law school.

As many as 20 faculty members at Yale Law School canceled or rescheduled up to 31 classes to allow students to "protest both the nomination of Judge Kavanaugh, this school's implicit endorsement of him, and our administration’s complicity in widespread sexual harassment in the legal profession," according to emails obtained by Campus Reform, a right-wing campus watchdog group.

Kavanaugh has taught at Harvard Law for a decade, according to the Crimson. And as HuffPost's Ashley Feinberg noted, Supreme Court Justice Elena Kagan also teaches a course at Harvard, so it's unlikely that Kavanaugh withdrew from teaching his course at Harvard Law in anticipation of being too busy sitting on the bench. Feinberg also pointed out that "Kavanaugh's faculty page now redirects to the general faculty directory."

While appearing before the Senate Judiciary Committee last week to respond to the sexual misconduct allegations raised against him by Dr. Christine Blasey Ford, Kavanaugh delivered a defiant opening statement categorically denying the allegations and lamenting the fact that they might cost him the opportunity to teach law students in the future.

"I love teaching law, but thanks to what some of you on this side of the committee have unleashed, I may never be able to teach again," Kavanaugh said. He also shared that he has taught constitutional law at Harvard Law School over the past 12 years.

According to the Crimson, some Harvard Law students watching the hearing "applauded" and "burst into cheers" when Kavanaugh bemoaned he might never return to a teaching role.

Most recently, President Donald Trump ordered the FBI to launch a one-week investigation into allegations of sexual misconduct against Kavanaugh. The scope of the probe, however, remains largely unclear. Trump on Monday said that federal agents would "essentially" have free reign in the investigation, but also said that he had set the scope based on a request by Senate Republicans. What the weeklong probe will unearth is anyone's guess.