Lea Thompson on the harm of sleazy auditions: "They stole my power for years"

"Back to the Future" icon Lea Thompson talks to Salon about Hollywood, gender and reinventing Louisa May Alcott 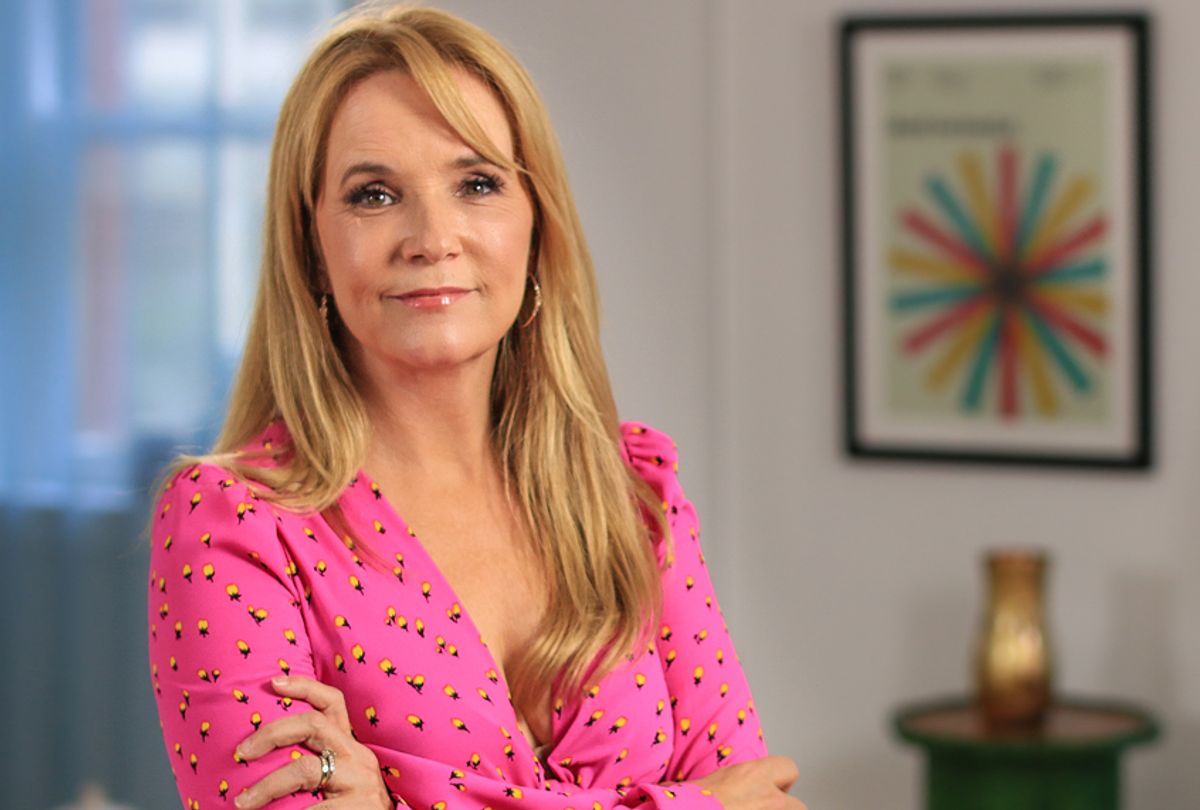 "I have been playing mothers — of 17 year olds — since I was 21 years old," said actress and director Lea Thompson, who got her big break opposite Tom Cruise in 1983's "All the Right Moves" before playing Michael J. Fox's mother in "Back to the Future," which spawned two sequels. "I've been doing this gig for a bit."

She'll take on another iconic maternal role in the updated retelling of the Louisa May Alcott classic "Little Women" from director Clare Niederpruem, playing one of the most famous mothers in literary history. As a modern Marmee March, Thompson navigates the same issues her 19th century counterpart faced: being a military wife with a husband stationed far away, economic insecurity, illness and grief.

"When I saw 'Hamilton,' what struck me was that the fact that they used colorblind casting and they did it in rap. What that did was really remind you that these people were revolutionaries. These people were immigrants. These people were different. That's what updating something can do. It can jar your brain that as much as we've changed, we've stayed the same," said Thompson in a recent "Salon Talks" interview.

"We all just want to live and love and be comfortable and be warm and happy and have a safe family and healthcare and rights and the ability to live our life. These things haven't changed," she added.

Calling Alcott "the O.G. of women writing for women," Thompson says that "it's a great novel, and it deserves to be reborn. Women are so strong. I think Marmee has that."

And she notes how the story has changed for her with the times.

"What I had to confront is that for me, in the book, Jo is revolutionary. But in this, her sister [Meg], who wants to be married and have a family, has the big strong speech," Thompson said. "What I think is so important — and I felt this about my movie 'The Year of Spectacular Men' that I directed — is that we as women hold each other to impossible standards as a culture. We need to give each other a break and we need to support each other in our dreams."

"There are all different expressions of femininity, and how you stand up for yourself and how you express yourself," she continued. "You can be a feminist and be a mother that stays at home and raises her kids. That's an interesting point in both the book and the movie."

Telling that story from a woman's perspective, Thompson points out, is as much a part of the book's feminist legacy as its characters.

"The idea that you'd tell a woman's story from a woman's perspective is extremely new. That's why this is really important. It's also important this movie was made by women and conceived by women," she said. "All my ingénue parts in the '80s were all written by older men. It was all male gazing. Even 'Red Dawn'— John Milius's idea of a perfect woman was messy hair and an AK-47. It was always stories about women told by men."

In contrast, Thompson explained, Alcott used each of the March sister characters to embody characteristics that, when put together, "kind of make the perfect woman that we're all trying to be."

"Have a career, make a family, be an artist, all those things," she said. "I think she created all different types of women, and it felt really real that they would all learn how to support each other."

It's been a long road forward for Thompson to go back to the 1860s. When she was a young actress starting out in Hollywood, a "very famous agent" assessed her options for her.

"She told me, 'Here's your career, Lea: virgins, whores and mothers," Thompson recalled with a laugh. "And then I realized why 'Back to the Future' is such a great part — because I got to play a virgin, a whore and mother all in one movie."

READ MORE: The evangelical purity trap for women: “A lamb outside of your marriage bed and a tiger in it”

In a career that's spanned 30-plus years, Thompson has survived by branching out as a director and producer. It runs in the family — her husband is director Howard Deutch, and her daughters Madelyn and Zoe Deutch act, write, produce and compose. It's an odd household, Thompson concedes, but one in which success was never a sure thing.

"My mother held creating as the closest thing to God. That was her church. That was how you get to god in her world," she said. "I feel happy that my kids are really creative. "

"There's a lot of joy," she continued, "but in our business there are very few perfect victories. People are always, 'Back to the Future,' wasn't that so much fun? Yeah, my really good friend [Eric Stoltz, the original Marty McFly] got fired. There's always something that's not perfect. The experience of watching it is one thing, but the experience of doing it is another."

(After missing the chance to play mother and son in "Back to the Future," Thompson would team up with Stoltz again in 1987's "Some Kind of Wonderful," directed by her future husband.)

"I've had to live through movies coming out and bombing, and the reviews and the nightmares and not getting it," she said. "Then I had live with it with my husband. Now it's my children. My heart has to break when things don't go well for them — not getting parts or movies getting shut down or getting fired. That's really the hard part. And it's not going to stop."

But, she noted, "A friend said, 'You Deutches are amazing. You just keep clawing your way.' We do. That was the best advice when I started. How do you make it this business? You don't give up."

And not giving up means persisting in an industry that has lately had to take a hard look at its longstanding attitudes and behavior toward women. Thompson said it "always comes down to the golden rule" for her, which is why she thinks it's particularly "brutal" when powerful men in Hollywood have used their power to harm others.

"By making sexual advances when I was doing an audition, they stole my power. I couldn't get out of those situations. They stole my power for years and years. Because I was the cute, pretty girl, the power of that is so extreme that you're constantly trying to make men feel more comfortable around you. That took away from me being able to say what I felt and what I wanted," she said.

"I've been so inspired by my daughters, who don't have that experience, because of the work our generation has done and the work that society is starting to do," Thompson continued. "They're not always trying to disarm people. They can say, 'Don't do that. I'm worthy. I have talent.' Coming to terms with that makes me so sad, so sad for all the opportunities I missed to stand up for myself. It's fun to see my daughters can do that."

She adds, "I have great love for men. I love the advocates that I have had. I've made a point of talking about the men in my life and career like Tom Cruise, who was really helpful to me and protective." But, she notes, "Hollywood and politics [can be] really bad places because there are nerdy, not-so-great looking guys who are going to try to get laid any way they can. I get that sex is weird and interesting and odd. But I like that we're talking about it in a way that moves things forward. We're all in it together."