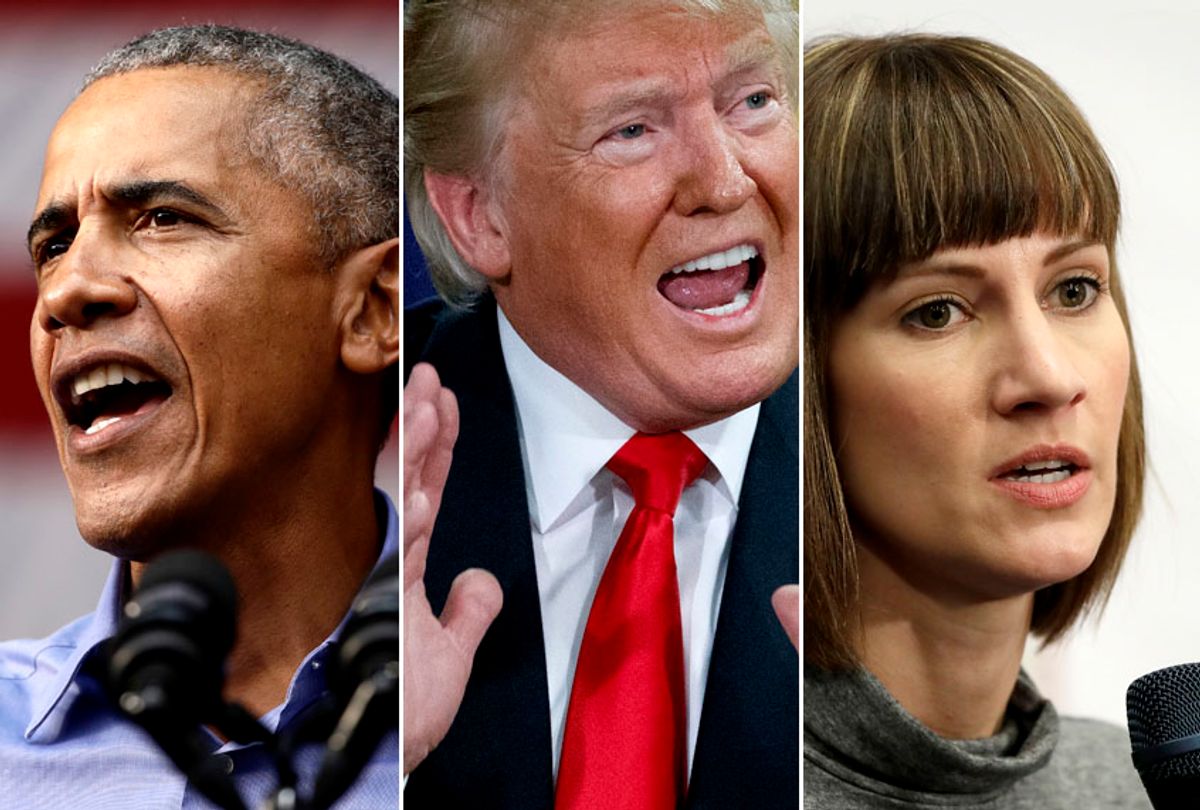 Barack Obama has just endorsed a state legislative candidate who claims she was kissed by Donald Trump without his consent before he became president.

In an email to Bustle, Ph.D. candidate Rachel Crooks explained that "having my campaign endorsed by President Obama, who himself once served in the state legislature, is an incredible honor. He is a man of integrity who served our country honorably for eight years, and now continues to inspire us with calls for hope and unity. I share his progressive values and his vision for a government that reflects the people it serves. As state representative, I will work hard to advocate for all Ohioans and make positive changes for the people in my district."

Crooks, who is a native of the Ohio town of Green Springs, is running for a seat in the Ohio House of Representatives from District 88. She also claimed that Trump of forcibly kissing her face, on the lips and cheeks, when she was a 22-year-old receptionist at Trump Tower in 2005.

When she announced her campaign in February, Crooks explained that "I think there will be a lot of people who see value in [my campaign]. But I hope more so because I'm a viable candidate rather than a participant in the #MeToo movement." She also stressed, according to Cosmopolitan, that her priorities would be "to help create more jobs, ensure access to affordable health care, and fix the state’s education system. Charter schools there, she notes, are given about $1 billion each year, with what critics say is little accountability. That money, she says, would be better served in public schools."

One interesting detail about Obama's endorsements is that he did not include Rep. Beto O'Rourke, who is running in a tough Senate campaign in Texas against Ted Cruz. Although Obama was willing to endorse Alexandria Ocasio-Cortez, the New York congressional candidate whose views are significantly to the left of Obama's, his unwillingness to endorse O'Rourke was widely considered puzzling. Newsweek, however, had a theory:

Yet Beto O’Rourke, a progressive who has raised nearly $24,000,000 without the help of PACs or corporations and is within single-digits points of incumbent Texas Senator Ted Cruz, was nowhere to be seen on either list.

A senior official working in the Office of Barack Obama told Newsweek that Obama took his cues from groups like the Democratic Senatorial Campaign Committee and from candidates who sought out his endorsement. The former president understands how easy it is to create a foil in a red state, the official said, and doesn’t want to end up galvanizing a candidate he intends to help.

In an interview with Newsweek earlier this year, O’Rourke said that the Democratic Senatorial Campaign Committee had not yet prioritized his campaign. O’Rourke’s office did not immediately respond to requests Monday as to whether that is still the case.