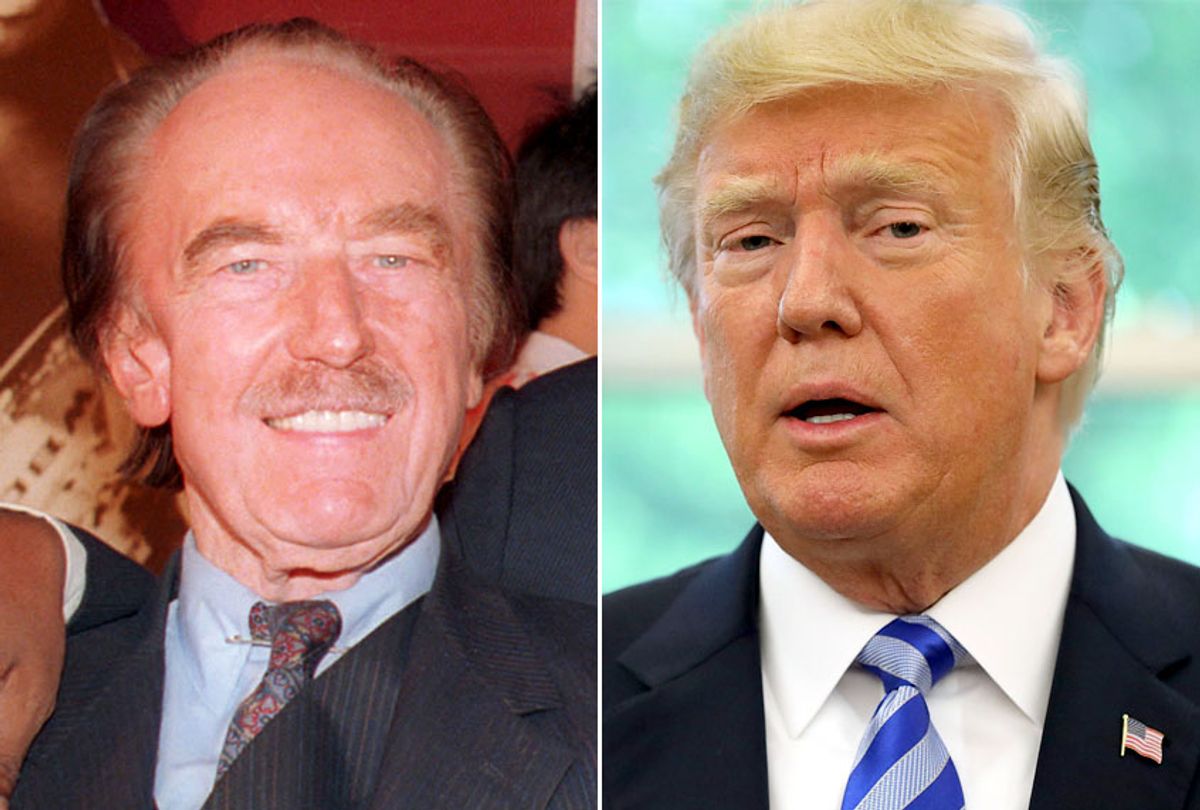 A new investigation led by New York Times reporters alleges President Donald Trump participated in tax fraud while helping his parents evade taxes, in an effort to maximize the money he inherited from them. Such claims raise new questions around Trump’s ongoing resistance to release his tax returns.

The report published in the New York Times on Tuesday is based on interviews with former employees and advisers for Trump’s father, Fred Trump, plus 100,000 pages of documents which include mortgages and deeds, financial disclosure reports, civil court files, and probate reports.

Specifically, the report claims President Trump has received, at least, today’s equivalent of $413 million from his father's real estate holdings. This claim disputes Trump’s ongoing narrative that he received a “tiny” $1 million loan from his father, one that he was able to turn into a $10 billion empire.

“I built what I built myself,” Trump has repeatedly said, as Times reporters noted.

“The president’s father gave him an initial $1 million loan, which he paid back,” she said. “President Trump used this money to build an incredibly successful company as well as net worth of over $10 billion, including owning some of the world’s greatest real estate.”

However, the Times paints a very different picture. The investigation claims Trump and his siblings "set up a sham corporation to disguise millions of dollars in gifts from their parents.”

“Records indicate that Mr. Trump helped his father take improper tax deductions worth millions more,” the report states. “He also helped formulate a strategy to undervalue his parents’ real estate holdings by hundreds of millions of dollars on tax returns, sharply reducing the tax bill when those properties were transferred to him and his siblings.”

According to the investigation, nearly $1 billion in wealth has been transferred to Trump and his siblings from their parents in total, but only $52.2 million — 5 percent — has been paid in taxes. The Times report says $1 billion should generate a tax bill of at least $550 million under the 55 percent tax rate on gifts and inheritances at the time of the gift.

The report is long, meticulous — and has been denied by Trump’s lawyer, Charles Harder. Harder provided the Times with a statement one day after the newspaper sent a description of its findings.

“The New York Times’s allegations of fraud and tax evasion are 100 percent false, and highly defamatory,” Harder said in the statement. “There was no fraud or tax evasion by anyone. The facts upon which The Times bases its false allegations are extremely inaccurate.”

Harder also said in the statement that Trump has reportedly delegated tax tasks.

“President Trump had virtually no involvement whatsoever with these matters,” he said. “The affairs were handled by other Trump family members who were not experts themselves and therefore relied entirely upon the aforementioned licensed professionals to ensure full compliance with the law.”

“Our dear father, Fred C. Trump, passed away in June 1999. Our beloved mother, Mary Anne Trump, passed away in August 2000. All appropriate gift and estate tax returns were filed, and the required taxes were paid. Our father’s estate was closed in 2001 by both the Internal Revenue Service and the New York State tax authorities, and our mother’s estate was closed in 2004. Our family has no other comment on these matters that happened some 20 years ago, and would appreciate your respecting the privacy of our deceased parents, may God rest their souls.”

The Times said it consulted with tax experts who say Trump is “unlikely” to be criminally prosecuted considering many of the allegations took place in the 1990s. However, Trump could still be fined for tax fraud.

There is very little information Trump has made public about his recent tax returns; indeed they were the center of controversy when he made the decision not to release any public information about his 2016 federal tax return, unusual for a president.