Just say no: Claire McCaskill leads in Missouri after coming out against Kavanaugh 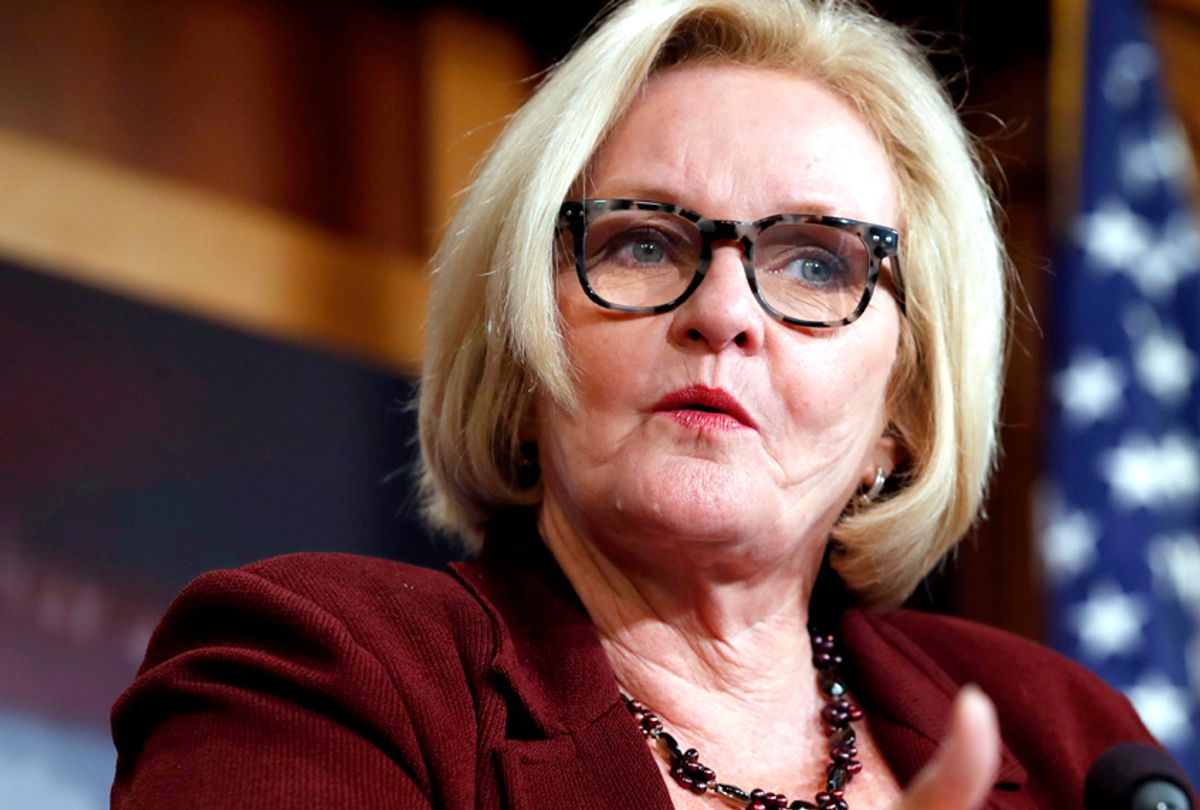 Sen. Claire McCaskill, D-Mo., has a slight lead over her Republican challenger Josh Hawley for the first time since May, according to a CNN poll published this week.

The poll shows McCaskill leading Hawley, the state's attorney general, by three points among likely voters, 47 percent to 44 percent. Though that lead is within the poll's 4.3 percent margin of error, it is the first good news the two-term senator has seen in months. No poll has showed McCaskill ahead since early May.

The poll was conducted among 756 likely voters between Sept. 25 and Sept. 29, after McCaskill strongly came out against the confirmation of Supreme Court nominee Brett Kavanaugh amid mounting sexual misconduct allegations.

Red-state Democrats in re-election battles have been wary of opposing President Donald Trump's high court pick for fear of voter backlash. McCaskill's position in the race appears unaffected and may even have been strengthened after the move, despite Trump's 51 percent approval rating in the state.

Kavanaugh's unpopularity certainly plays a role as well. The former George W. Bush aide was historically unpopular for a Supreme Court pick even before the controversial Senate Judiciary Committee hearing regarding the sexual assault allegations brought against him by Dr. Christine Blasey Ford, the California research psychologist who alleges Kavanaugh tried to rape her in 1982, when both were teenagers. The hearing did not help: a new Quinnipiac poll shows that half the country opposes his confirmation amid an FBI probe into the claims made by Ford and two other women.

After last week's hearing, McCaskill was joined by several other embattled Democrats facing tough re-election campaigns in states carried by Trump -- Sens. Joe Donnelly of Indiana, Jon Tester of Montana, Doug Jones of Alabama and Bill Nelson of Florida -- in opposition to Kavanaugh.

That leaves West Virginia Sen. Joe Manchin and North Dakota Sen. Heidi Heitkamp as the lone undecided red-state Democrats facing re-election, though the two could not be in more different situations.

Manchin leads his Republican opponent Patrick Morrisey by eight points in the state's most recent poll despite Trump's 62 percent approval rating in the state. Heitkamp, on the other hand, trails Republican Rep. Kevin Cramer by as much as 10 points, although previous polls have shown a closer race and North Dakota, a geographically large state with a small and dispersed population, is notoriously difficult to poll.

On the other hand, McCaskill and Donnelly, who is tied with his Republican rival Mike Braun in the latest Indiana polling, show that it's possible to oppose Trump's pick without severe backlash.

In fact, as FiveThirtyEight's Perry Bacon notes, it may be backlash from red-state Democrats that Manchin and Heitkamp should be most concerned about.

“There are strong, partisan Democratic voters even in red states, and they’re likely to be very frustrated if their senators back Kavanaugh, who is deeply conservative on policy and facing multiple sexual assault allegations,” Bacon wrote, adding that if these senators choose to oppose Kavanaugh, they “don’t have to cite policy at all, or even say that they believe the various allegations against Kavanaugh.”

Brian Fallon, a former chief aide to Senate Minority Leader Chuck Schumer and Hillary Clinton's presidential campaign, warned that 2018 is not the year for Democrats to anger their own base.

“Everyone gets that the political reality for the red-state Democrats is tricky,” he told Politico. "But if any of them still cannot bring themselves to oppose Kavanaugh when he has been credibly accused of multiple acts of sexual assault, the backlash from young people and women could be quite problematic.”