When cancer took chocolate away, this ice cream got me by

What would you do if you had to give up chocolate forever? 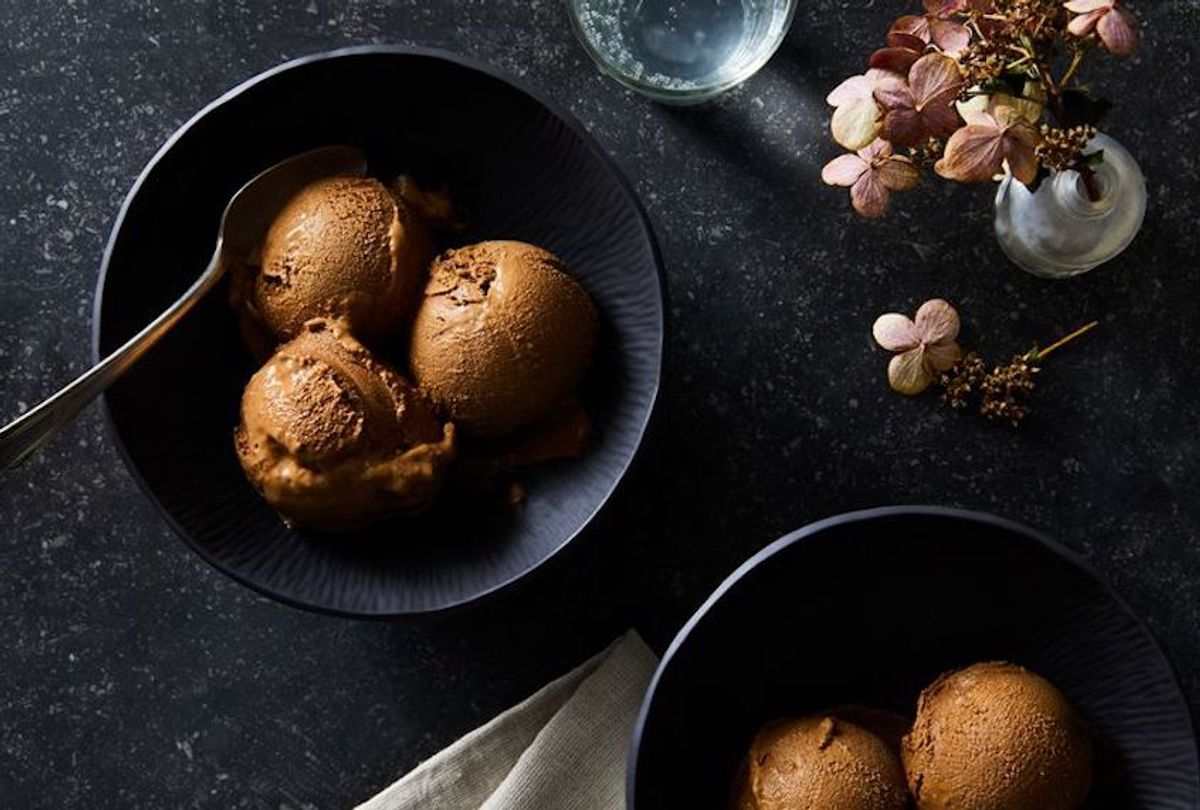 There are a lot of strange things that happen when you survive a health crisis that everyone tells you is statistically impossible. The space of life shifts. Living, just breathing and walking around, is this incredible gift, one that you know all too well is precious.

Not only are you walking around with the wonder of an alien who’s just landed on Earth, but, if you’re like me, you’ve changed your lifestyle so much that your own habits and body are different, too. That adds to the otherness, what can feel like solitude on dark days, which only cancer could surface.

This is how I came to give up two major loves of my life: chocolate and sugar. I’d been crazy for them since I was a kid, like many of us with a well-honed sweet tooth. Then I went to culinary school, produced television shows, and wrote books to their service, essentially providing excuses to be able to spend my days eating massive quantities of chocolate and sugar without judgment. “For work.”

I discovered that I had kidney stones while I was on tour for my book Cake Magic!, ones that hadn’t yet descended or announced themselves by inflicting their signature excruciating pain. After their removal, my doctor handed me a list of foods to avoid based on the material they so graciously tested from the sand I had peed out. At the top of it: chocolate. He gave me a look and an accompanying shrug like, Oh well, that’s too bad, and I nearly fainted.

I tried it for a few days. (Needless to say, it didn’t work.) Eventually I deluded myself that just tiny bits of the good stuff wouldn’t be a problem. So instead of relishing in dessert at the table like I normally would, my chocolate addiction continued with my face buried in a cabinet, nibbling at a dark chocolate bar like a fiend. Sure, it was pathetic—but what would you have done? Imagine if someone told you suddenly, one day, that you couldn’t have chocolate ever again. What would you say to that?

I bargained — with myself. Maybe there were other foods on that terrifying list (a list that, for me, on any other given day, would have borne the title “groceries”) I could cut out instead of chocolate. As I experimented with my diet, I found that I developed headaches, disorientation, and mood swings in the form of a yeast die-off, or a “Herxheimer response” for the heavily addicted — all because I had cut out sugar completely, cold turkey.

It feels so silly to say that, living through what I’ve lived through, there was once a point in time that I thought my symptoms were caused by starving my sweet tooth, not seizures nor tumor growth. I suppose it’s valuable here to point out that my tumor was in the part of my brain that managed essential things like emotion, judgment, and impulse control. I really was going crazy, which isn’t something you realize when it’s happening to you.

The symptoms got worse: I grew sicker and finally saw my doctor, bursting with excuses and theories (including this sugar story). She gave me a few handouts to determine where I ranked on some sort of scale in terms of anxiousness or depression — I had just handed in my third cookbook, for which I traveled to Spain and managed players in five time zones, all while raising my two sons under the age of five and renovating a 1906 home in Seattle. (And unknowingly fighting brain cancer.) My doctor declared that it was essential to find more concrete data rather than theories, as so many others seemed plausible. Which is when she ordered the MRI.

That was the day the life I knew ended and this one began — the one in which I don’t eat chocolate. I can’t say that I miss it, actually. When you convince yourself that something could have contributed to the growth of a cancer that could destroy not only your life but that of your kids, it doesn’t look so appealing anymore. Suddenly, you find yourself in a place where addiction dissolves, along with so many other things: language, ego, peripheral friendships and goals, a pure faith in almost anything other than your own body and this moment. The otherness envelops you, it becomes unclear where you stop and where it begins. You become a thing to be calculated, measured, poked at and prodded: a broken-down machine in need of repair.

Just trust me when I say that my love of chocolate became irrelevant.

That is, until I beat the odds and survived. I am human again, not just “doing well,” but I might actually be well. Now my doctors and I are hopeful for decades ahead, not just months. I’m still wary of chocolate and want to keep doing all that I have been to hold onto my fortune, but I’m finding joy in eating food again. Even though I don’t miss chocolate itself, I do miss looking forward to eating something special that just screams decadence, celebration, and comfort all at once.

So it got me thinking: could I assemble an impostor chocolate flavor that’s satisfying to me? Not just carob (that I actually happen to like and my sweet tooth deeply appreciates), but real chocolate, complex with fruity and bitter notes and the hum of caramel or spice. I figured that if I can describe chocolate using other flavors, then maybe I could build a dessert that uses other flavors to signify chocolate.

I identified ice cream as my first endeavor, inspired by an incredible plant-based local ice cream shop here in Seattle, Frankie and Jo’s, that has a flavor sweetened only by dates. After all, the varying stages of ice cream preparation provide a lot of opportunities for different types of ingredients to be added—steeping, stirring, blending, resting—especially one that doesn’t follow a traditional method. And a good ice cream is one of those desserts that can be dressed up or down, served alone or alongside, and remains perfect in any iteration.

The process of building this ice cream took many tests, many opinions from people who inherently distrust a chocolate ice cream made by a person who hasn’t eaten it in over a year. While tinkering with a teaspoon of this and a teaspoon of that, I thought to myself, This is what perseverance looks like. Finding comfort where comfort is no longer given, creating hope where none exists from a variety of disparate, unrecognizable sources. This is what fighting cancer looks like, I thought, as I pulled a rippled spoonful of my fool’s chocolate ice cream that contained no chocolate.

There is magic here still, I thought, finally seeing it for myself in this strange new life.