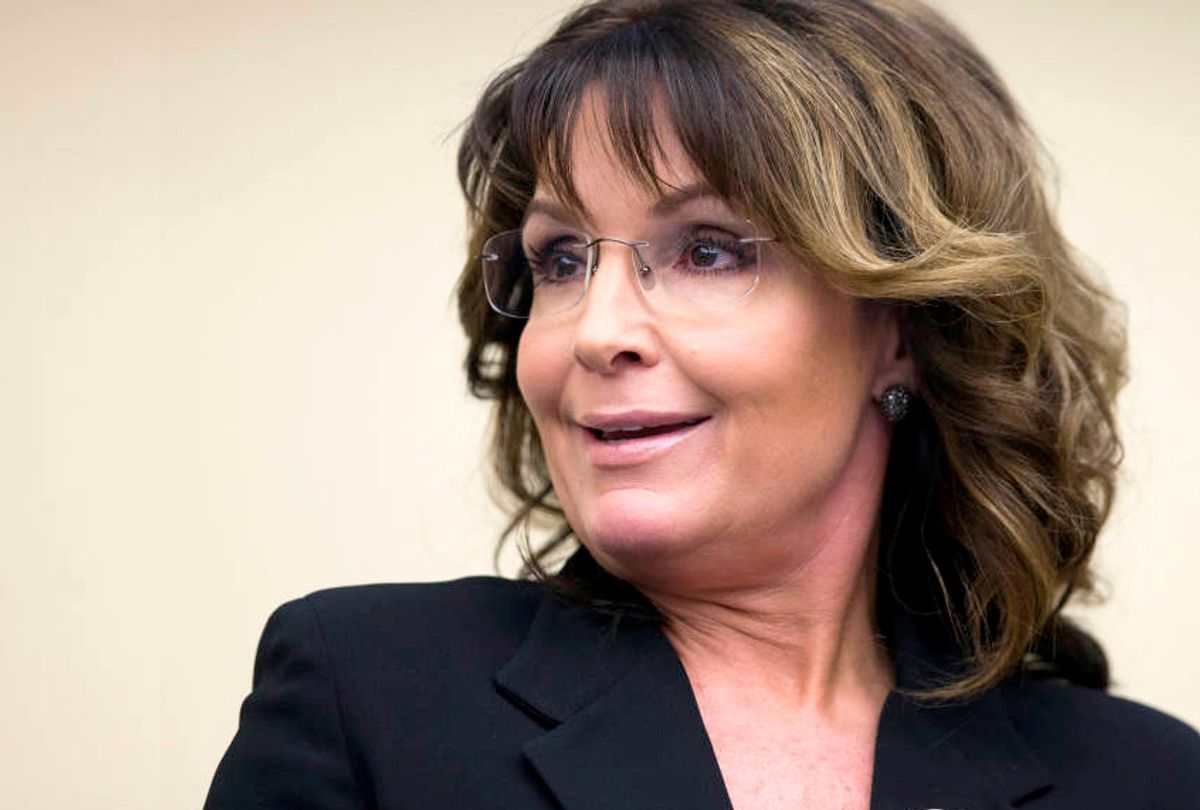 Former "CBS Evening News" anchor Katie Couric helped change the course of American history when she interviewed Alaska Governor Sarah Palin. Fresh off of having been selected as the late Arizona Sen. John McCain's vice presidential running mate for the 2008 presidential election, the political novice was found to be wanting.

Now, as Couric explains in an editorial for The Atlantic that she co-authored with former CBS News political producer Brian Goldsmith — he and Couric now co-host a podcast — Palin's nomination foreshadowed the eventual rise of President Donald Trump.

After describing how McCain picked Palin instead of his top choice, former Democratic Sen. Joe Lieberman of Connecticut, due to pressure from Republican conservatives, Couric went on to illustrate a crucial difference between the politics practiced by the Arizona "maverick" and the brand practiced by Palin and Trump:

After the governor stumbled, with widely mocked answers about Russia and the economy, it did not occur to the McCain team to cancel the second scheduled interview. They also chose not to shoot the messenger by going after the “liberal media.” Nicolle Wallace, another senior adviser, told us the campaign believed that “there was nothing Katie did that could fairly be attacked.” Sitting next to Palin, McCain himself told us he thought it was a good interview. All of that feels quaint today, when nearly one in three Americans believes the press is the “enemy of the people,” when the definition of “fake news” is news the president doesn’t like, and when many partisans restrict themselves to watching, or appearing on, shows that provide affirmation and not information.

As the campaign went on, Palin bridled at the tone McCain set. When a McCain supporter said “I don’t trust Obama. I have read about him and he’s an Arab,” McCain responded, “No ma’am, no ma’am … He's [a] citizen that I just happen to have disagreements with on fundamental issues.” When one man said he was scared of Obama, McCain replied that “[Obama] is a decent person, and a person that you do not have to be scared [of] as president of the United States.” The crowd booed. McCain also said, “I admire Senator Obama and his accomplishments. I will respect him and I want everyone to be respectful, and let’s make sure we are.”

Palin took the opposite tack: She stoked her supporters’ fears—and won their cheers. At her rallies, Palin said, “I am just so fearful that this is not a man who sees America the way that you and I see America.” At one, a man shouted “Treason” and Palin said nothing. At another, Palin’s anti-Obama diatribe led a man to yell out, “Kill him!” Palin did not push back against her often-angry crowds. In the strongest echo of today’s Trump rallies, she instead used her speeches to go after the free press (or the “lamestream media”), reserving particular scorn for elite publications. Palin’s supporters then started verbally attacking her traveling press corps, including hurling a racial epithet at an African American journalist. Again, Palin not only refused to lower the temperature, she seemed to bask in that kind of heat.

In addition to criticizing Palin and Trump for ignoring the lines that other politicians would not cross, Couric also skewered the populist pair for their "contempt for experts and elites." According to Couric, Palin recognized early on that the optics of attacking elites and tossing red meat to conservative voters mattered more than mastery of the issues — a view that she did not share with McCain but had very much in common with Trump. However, Couric also conceded that Palin was treated differently by the press as a result of being a woman.

When Salon spoke to Lieberman last month about the McCain presidential campaign in 2008, the Connecticut senator observed, "Who knows whether we would have won? I think we would have done better than the McCain-Palin ticket did."