"It saddens me, because our judicial system has been viewed as one of the main pillars of our . . . government" 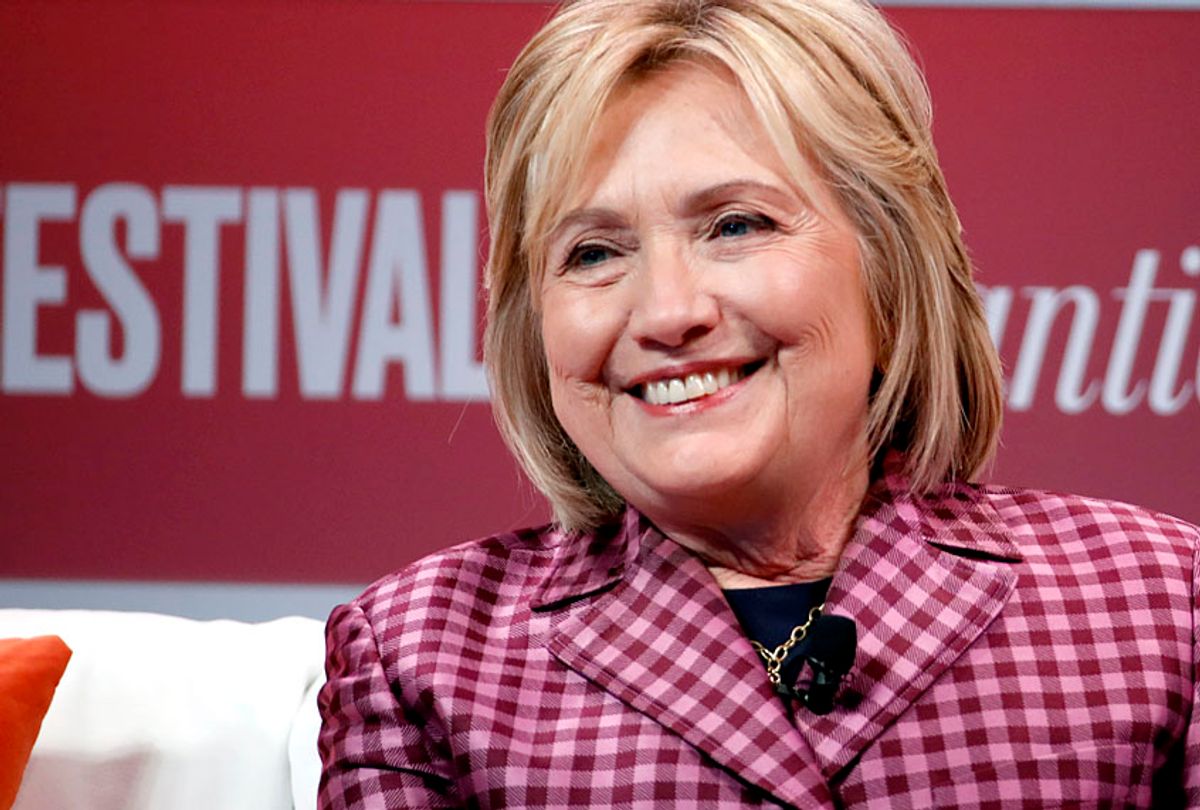 Hillary Clinton blasted the ceremonial swearing-in ceremony of Supreme Court Justice Brett Kavanaugh Monday night as a "political rally" – one that "further undermined the image and integrity of the court." The former Democratic presidential candidate spoke to CNN's Christiane Amanpour Tuesday about Kavanaugh, President Donald Trump and the current state of her party.

"What was done last night in the White House was a political rally. It further undermined the image and integrity of the court," she said. "And that troubles me greatly. It saddens me, because our judicial system has been viewed as one of the main pillars of our constitutional government. So I don't know how people are going to react to it."

"I think, given our divides, it will pretty much fall predictably between those who are for and those who are against," Clinton continued.

During the ceremony, Trump apologized "on behalf of our nation" to Kavanaugh and to "the entire Kavanaugh family for the terrible pain and suffering you have been forced to endure."

"Those who step forward to serve our country deserve a fair and dignified evaluation – not a campaign of political and personal destruction based on lies and deception," the president said. "What happened to the Kavanaugh family violates every notion of fairness, decency and due process," Trump continued, adding the claim that, "under historic scrutiny," Kavanaugh was eventually vindicated and "proven innocent" of the allegations of sexual misconduct.

"The president's been true to form," Clinton told Amanpour. "He has insulted, attacked, demeaned women throughout the campaign — really, for many years leading up to the campaign. And he's continued to do that inside the White House."

Prior to Kavanaugh's lifetime appointment, Trump had mocked Dr. Christine Blasey Ford, one of multiple women who accused the former federal judge of sexual assault, during a campaign rally. Ford's lawyers told MSNBC that she was "horrified" by Trump's comments, and her family is still not able to live at home and that the death threats have been "unending."

Amanpour asked Clinton some tough questions about her husband, drawing comparisons between the sexual misconduct allegations against former President Bill Clinton and those leveled against Trump and Kavanaugh. However, the former secretary of state flatly rejected any similarities.

"There's a very significant difference — and that is the intense, long-lasting, partisan investigation that was conducted in the '90s," Clinton said. "If the Republicans — starting with President Trump on down — want a comparison, they should welcome such an investigation themselves."

Speaking of the her husband, Hillary Clinton said she believes that "Democrats have to be tougher" and that Bill Clinton had to exhibit that kind of strength — "first to get elected, then to get re-elected and to survive." Hillary Clinton said that the former president thinks the Democratic Party needs "to stand up to the bullying and intimidation" from Republicans.

"You cannot be civil with a political party that wants to destroy what you stand for — what you care about," Clinton continued. "That's why I believe, if we are fortunate enough to win back the House and or the Senate, that's when civility can start again."

"But, until then, the only thing that the Republicans seem to recognize and respect is strength," she said. "And you heard how the Republican members — led by Mitch McConnell, the president — really demeaned the confirmation process, insulted and attacked not only Dr. Ford, but women who were speaking out."