The actor has played Donald Trump on "SNL" for the last two years, and he sounds more like the president 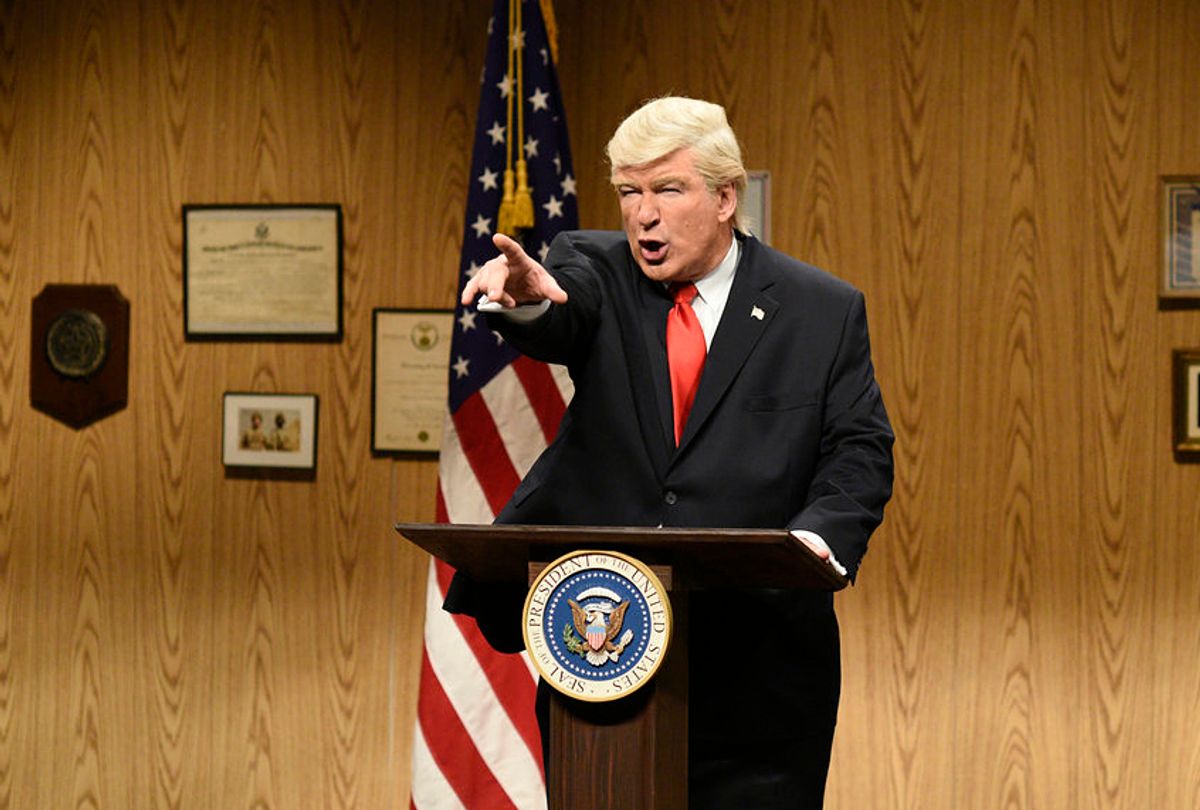 Alec Baldwin is making headlines for his Donald Trump impression, but this time the resemblance is all too striking. Critics on Twitter were quick to condemn recent comments the actor made about how black people have reacted to his “Saturday Night Live” characterization of the president. “I don’t know what this is but this ain’t it,” wrote R. Eric Thomas, Senior Staff Writer at Elle Magazine. “Is he still in character as Trump? White ‘liberal’ men who take these kinds of paternalistic, self-congratulatory stances are just as scary because they think they’re doing something benevolent.”

Read more IndieWire: ‘SNL’: Pete Davidson Tells Kanye West ‘Being Mentally Ill Is Not an Excuse to Act Like a Jackass’ — Watch

Baldwin’s comments appeared in an interview with The Hollywood Reporter, in which he expresses awareness that what he is about to say could draw backlash:

I don’t know how to say this and I don’t want to get it wrong either, because everything is a minefield of bombs going off, but” — and here it comes — “ever since I played Trump, black people love me. They love me. Everywhere I go, black people go crazy. I think it’s because they’re most afraid of Trump. I’m not going to paint every African-American person with the same brush, but a significant number of them are sitting there going, ‘This is going to be bad for black folks.’

Earlier in the interview, Baldwin shared his fears about #MeToo: “I just remember thinking in that moment, ‘Wow, they’re looking for people. This is a fire that needs fresh wood, and they’re coming for me.'”

Baldwin has defended Woody Allen, and joked that #MeToo made him afraid to touch his wife on an episode of Jerry Seinfeld’s “Comedians in cars Getting Coffee.” His comments about sexual harassment would have been enough to raise eyebrows, but boasting about black people loving him overshadowed any hemming and hawing about #MeToo.