Christopher Steele, who wrote the dossier tying the 2016 Trump presidential campaign to Russia, breaks his silence 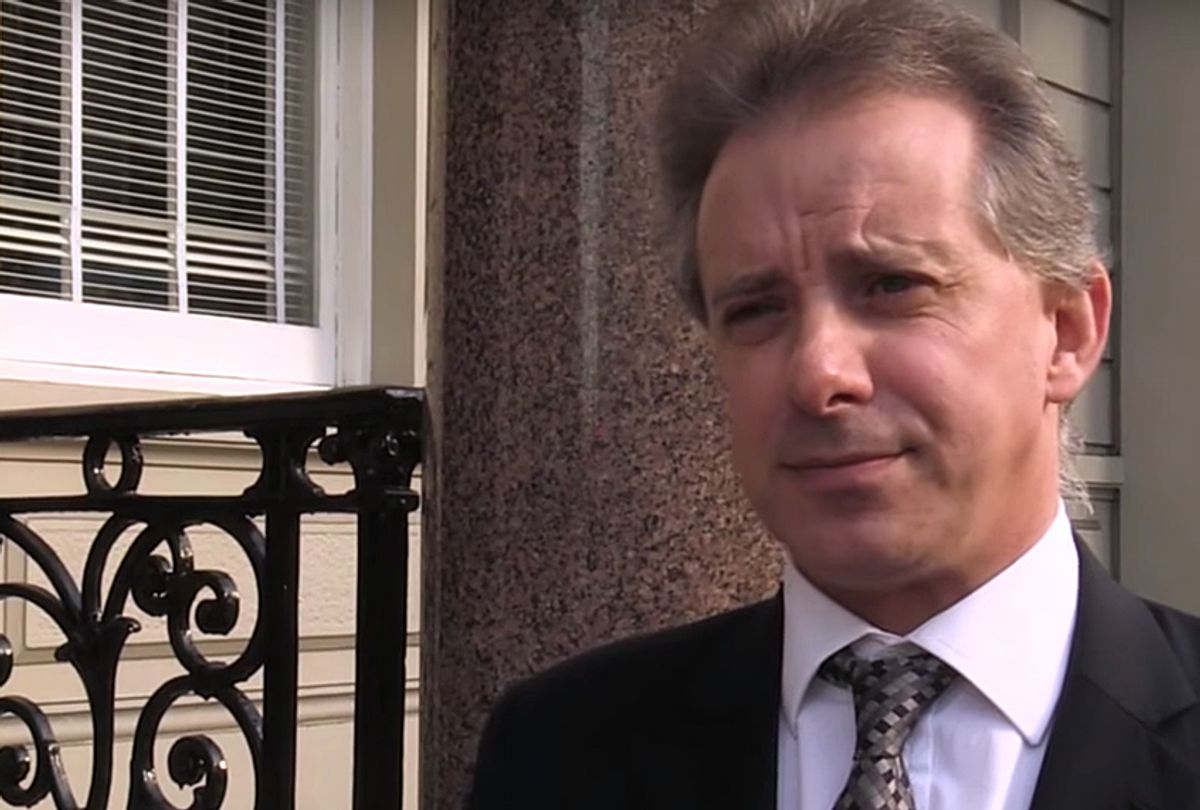 Christopher Steele, who wrote the 35-page dossier that surfaced alleged links between President Donald Trump's 2016 campaign to Russia, has spoken out for the first time.

Without mentioning the president by name, the former British intelligence officer sharply rebuked his style of governing as he showered praise on the American media for speaking "unpalatable truths to power."

"In these strange and troubling times, it is hard to speak unpalatable truths to power, but I believe we all still have a duty to do so," Steele wrote in an email seen by ABC News.

What sparked Steele to speak for the first time since the dossier was published in full by Buzzfeed on Jan. 10, 2017? He was singled out in Vanity Fair's 2018 New Establishment List.

"I salute those on your list, and otherwise, who have had the courage to speak out over the last year – often at great personal cost," he continued in a "thank you" email addressed to the magazine's Editor-in-Chief Radhika Jones. "At a time when governance is so distorted and one-sided – as I believe it currently is in the United States – the media has a key role to play in holding it accountable," Steele added.

Throughout his tenure as president, Trump has branded the media as the "enemy of the people" and dismissed coverage he does not like as "fake news." In turn, his counselor Kellyanne Conway coined the phrase "alternative facts."

A corresponding New Establishment summit is taking place this week in Los Angeles. Steele told Jones that he was unable to attend the event as a result of his "present legal and political situation." Known colloquially as the "Steele Dossier," the import of the raw intelligence gathered by Steele is explained by ABC News:

Included in the dossier are allegations that the president had cooperated with Russia for years, and that the Russians held compromising material on him that could subject him to blackmail.

The dossier contains unverified claims that the president, then a reality television star, engaged in a sexual encounter with prostitutes during a 2013 trip to Moscow.

Trump has vehemently and repeatedly denied all the claims in the dossier, calling it a "phony and corrupt dossier" and calling Steele a "lowlife."

Ranking ahead of Steele in the list's top perch is special counsel Robert Mueller, who is heading the Department of Justice's investigation into the alleged links between Trump's campaign and Russia. Jones told CNN that Mueller is "a very important man" who is "commanding of great attention" while also operating "under the radar."

Near the bottom of the list at – No. 99 – is the member of the Trump administration who anonymously wrote the infamous New York Times op-ed titled, "I Am Part of the Resistance Inside the Trump Administration."

"We figured, that way, if anyone in the administration was upset that they weren't on the list, we could always suggest that they could take that space if they wanted to," Jones added.

Jones, who took the helm of Vanity Fair after the longtime editor Graydon Carter stepped down last year, has rarely spoken to the press since. Of her vision for the iconic magazine, she recently explained: "Audiences are hungry for new faces and new voices . . . My goal is to reflect the culture as I see it."