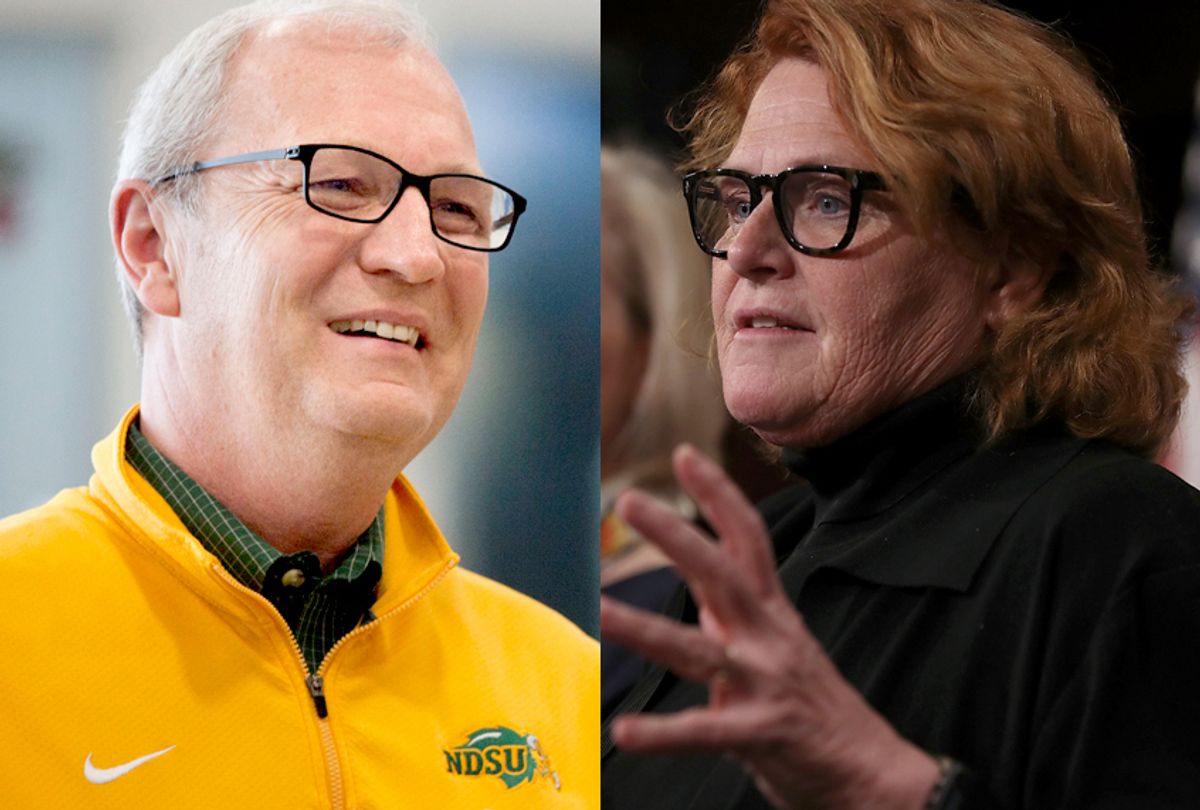 On Wednesday the Supreme Court refused to halt a voter ID law in North Dakota that will effectively disenfranchise thousands of Native Americans, a key constituency of the most vulnerable red-state Democratic senator.

In April a federal district court order required state officials to accept ballots even if voters’ ID included only a mailing address rather than a specifically residential address. As The Wall Street Journal reports, this effectively thwarted the state's voter ID law, which by requiring a home address from potential voters disproportionately targeted Native Americans, who are more likely to be homeless. Last month, however, the 8th U.S. Circuit Court of Appeals blocked the previous court order, putting the Voter ID law back into effect. To counter this, a group of Native Americans petitioned the Supreme Court to toss out the appeals court order.

The Supreme Court refused to do so, although Justice Ruth Bader Ginsburg wrote a dissent from that decision that was joined by Justice Elena Kagan. Justice Brett Kavanaugh, whose first day on the bench was Tuesday, did not participate in the decision:

The risk of voter confusion appears severe here because the injunction against requiring residential-address identification was in force during the primary election and because the Secretary of State’s website announced for months the ID requirements as they existed under that injunction. Reasonable voters may well assume that the IDs allowing them to vote in the primary election would remain valid in the general election. If the Eighth Circuit’s stay is not vacated, the risk of disfranchisement is large. The Eighth Circuit observed that voters have a month to “adapt” to the new regime. But that observation overlooks specific fact findings by the District Court:

Because North Dakota is so sparsely populated, "it could be that a couple of hundred votes matter," Robert Wood, a political-science professor at the University of North Dakota, told The Wall Street Journal. The key election going on in that state is for the United States Senate, with Democratic incumbent Sen. Heidi Heitkamp fending off a challenge from Republican Rep. Kevin Cramer. Although Heitkamp has been one of Trump's stronger supporters among Democrats in the Senate, she is nevertheless considered vulnerable due to the fact that North Dakota voted heavily for Trump in the general election. Recent polls have found her between 10 points and 12 points behind Cramer.

Heitkamp recently made news for her willingness to oppose Kavanaugh's confirmation to the Supreme Court even though another conservative Democrat, Sen. Joe Manchin of West Virginia, ultimately supported him. As she explained to CNN in an interview, she made this decision in part by deciding to rewatch Kavanaugh's testimony with the sound turned off on her television.

"It's something I do. We communicate not only with words, but with our body language and demeanor," Heitkamp explained. "I saw somebody who was very angry, who was very nervous, and I saw rage that a lot of people said, 'well of course you're going to see rage he's being falsely accused,' but it is at all times you're to acquit yourself with a demeanor that's becoming of the court."