It's one for the ages: Michael's rapidly increasing intensity wows the science community 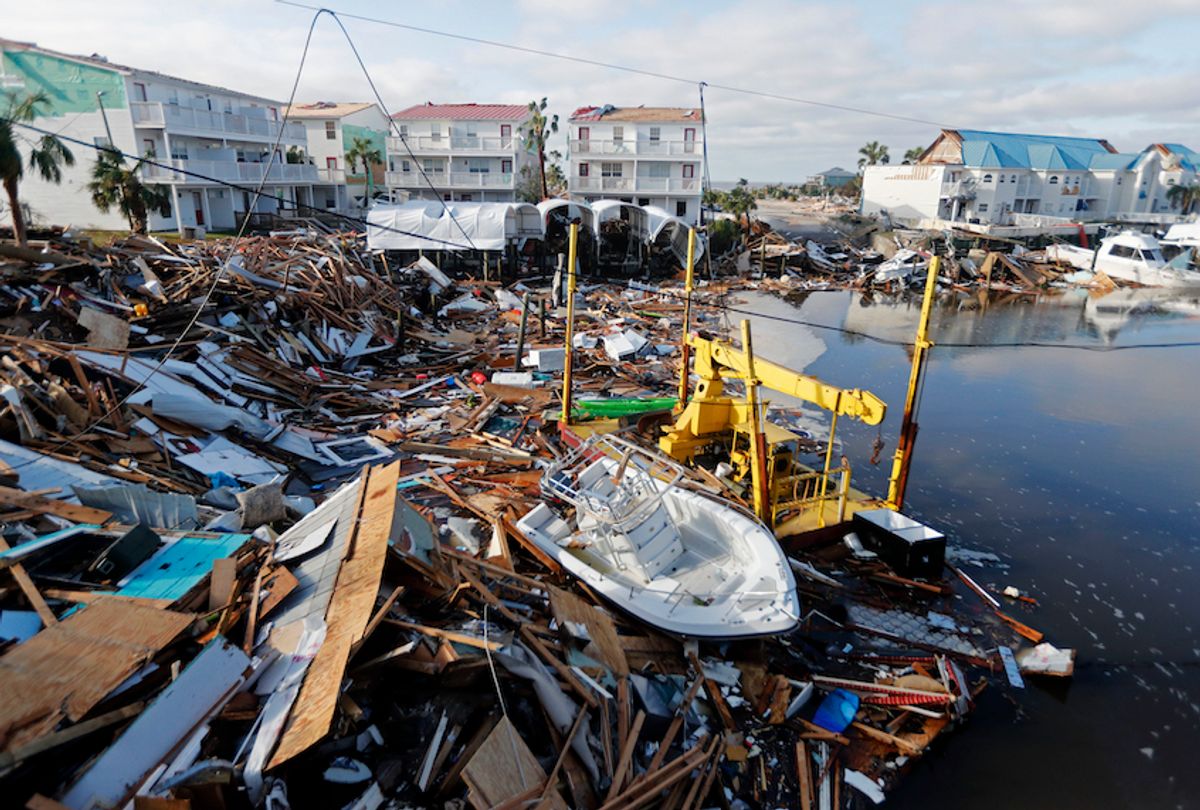 When it first began to form over the Atlantic, Michael looked ordinary: a tropical storm during Florida’s hurricane season. Yet as Hurricane Michael moved closer to the Florida panhandle and was upgraded to a category 4 hurricane, it became clear that its damage would be catastrophic.

As of Thursday evening, at least 6 people had been killed in Michael's wake. More than 900,000 homes are without electricity. Other buildings have been smashed to pieces by catastrophic winds and heavy rains. One survivor said, via CBS, it looks like “an atomic bomb hit” the area.  Florida's largest psychiatric hospital is "entirely cut off,” and outside resources have had to deliver water and food.

It's an ominous coincidence that in the same week that an international group of scientists published a grim climate change report, an alarmingly strong hurricane made landfall. The scientific community is banging pots and pans to make it known that these kinds of natural disasters and rising global temperatures are connected.

As The Atlantic’ Robinson Meyer explained, the speed at which Michael intensified amazed many in the science community.

“Students in tropical meteorology classes are going to be talking about this storm for 20 years,” Colin Zarzycki, a tropical-cyclone scientist at the National Center for Atmospheric Research, told the magazine.

Michael is now one of the four strongest hurricanes to hit the continental United States in history. As The Atlantic explained:

Michael’s blinding wind speeds are outmatched only by the three Category 5 storms ever to strike the U.S. mainland: Hurricane Andrew in 1992, Hurricane Camille in 1969, and the Labor Day Storm of 1935. (While Hurricane Katrina achieved Category 5 strength in the Gulf of Mexico, it made landfall in Louisiana as a Category 3 storm.) In fact, Hurricane Michael’s landfalling barometric pressure of 919 millibars was lower than Andrew’s reading of 922 millibars, making Michael the third-strongest U.S. hurricane on record as ranked by pressure. Michael is also the strongest hurricane ever to make landfall this late in the season.

Rising sea levels are another link between climate change and catastrophic hurricanes. As New York Times writer Henry Fountain explained, “seas are rising for two main reasons: water expands slightly as it warms, and glaciers and ice sheets add more water as they melt. But the rise can vary because of local factors like uplift or subsidence of the land.”

Hurricane Michael is also making history in the state of Georgia. As Phil Klotzbach wrote in the Washington Post: “No major hurricane has tracked into Georgia since 1898, when the Georgia Hurricane made landfall in Camden County as a Category 4.”