Dermot Mulroney: "Floating in warm water in middle of the night is a strange way to make a living"

Salon talks to Mulroney about his ghostly new film "I Still See You," stunt work and diversifying his career 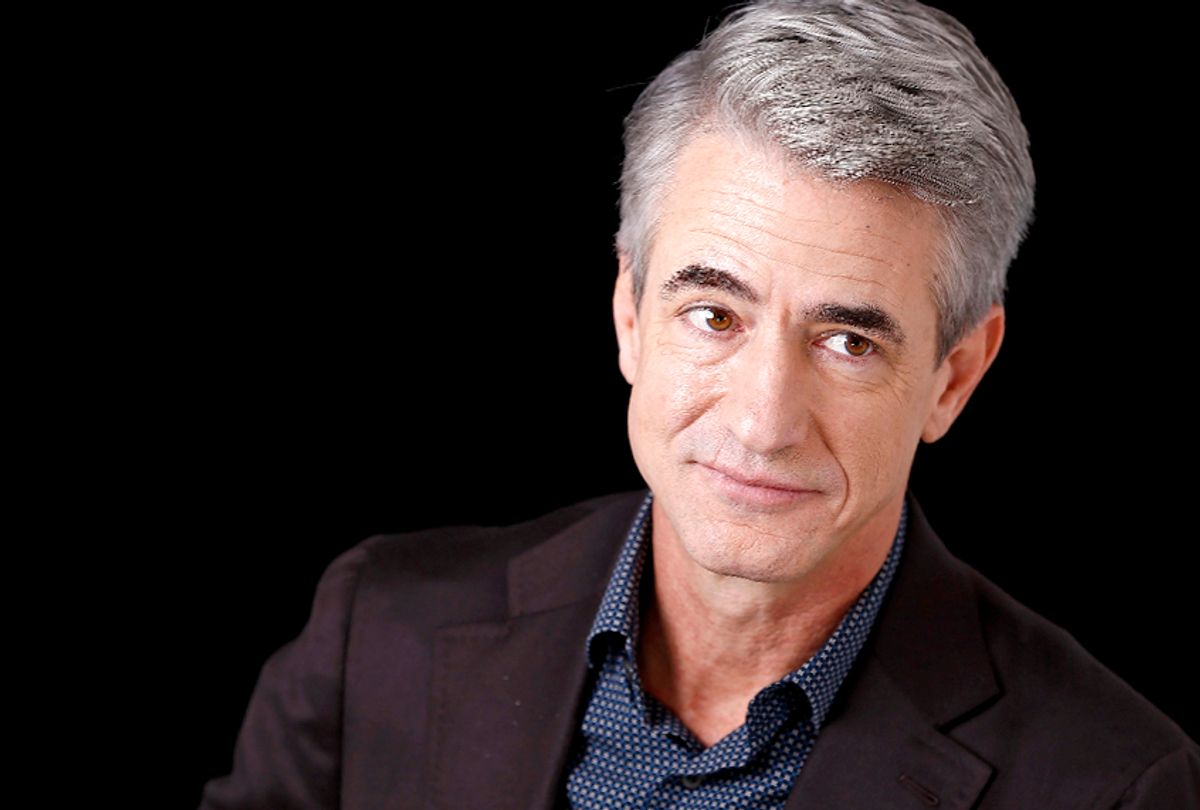 Dermot Mulroney is a character actor in a leading man’s body. He may get cast as eye candy in films like “The Wedding Date,” but he has had starring roles, albeit in only a handful of films — the criminally under-seen “Inhale” being one of the best. He is often cast in ensemble films; “The Safety of Objects” and “Lovely and Amazing” are two particularly impressive indies while “August: Osage County,” “The Grey,” and “The Family Stone” are some of his better-known Hollywood projects. The strength of Mulroney’s performances generally likes in how he underplays a role, exuding a sense of calm when others around him are falling apart.

In his latest film, the intriguing supernatural thriller “I Still See You,” Mulroney plays August Bittner, a teacher who has an interest in “rems” (remnants) — ghosts of once-living people who remain on the earth like holograms. (The special effects that make the rems “disappear” are quite nifty). When one of August’s students, Veronica (Bella Thorne), sees a rem named Brian (Thomas Elms) in her bathroom, she and her friend Kirk (Richard Harmon) start investigating as part of a research paper they are writing for Bittner’s class. It would spoil “I Still See You” to discuss what transpires. Suffice it to say, chaos ensues.

Mulroney chatted with Salon recently about his new film, ghosts, and his career.

“I Still See You” is a supernatural thriller. Do you believe in the uncanny?

It’s funny, when I checked into this hotel I’m staying in in Nashville, I asked if it was haunted. It’s not, for the record.

Do you like working in genre films? What’s the appeal of acting in a special effects film?

I believe that the strongest part of “I Still See You” is the structure of the world within the film that supports itself. You aren’t wondering if ghosts are real. You see them in the film. It’s established so well. There is this universal theme of loss and missing people. It makes this type of ghost movie — not that it isn’t supernatural — so effective.

I’ve done some genre stuff since, and it’s hard. I did an episode called “Flesh & Blood” for the Hulu anthology series “Into the Dark” that Blumhouse is releasing in November.

Can you talk about the special effects? Did you do any green screen work?

I don’t think I did any green screen on “I Still See You.” The “dissolving people” — they made those with visual effects. Scott Speer [the director] was innovative with the spookiness and the design of the world that supports ghosts being believable. There’s an awesome world-changing scientific experimental laboratory in the film. It’s amazing how they do things! There’s a big orbic structure in the background that’s meant to look like an atom splicer. They really made it out of the top of two utility silos. They put them together to make a big huge globe. It’s really farm equipment, but it looks like mad scientist lab equipment. It was cool and helped suspend disbelief.

You play a teacher in “I Still See You.” Do you recall a particular teacher who has an impact on you as a student?

I had the most wonderful teachers and coaches. My father was a professor at Villanova. I love that part of him and his intellect. I had great acting and music teachers at great public schools. I heard Mr. Carter, our favorite PE teacher, passed away. In the arts, if I hadn’t had great teachers, I wouldn’t have caught music and acting, which lead me to do what I do. [Mulroney is also a cellist who performs film scores.] I have deep gratitude. My orchestra conductor just sold a violin to my buddy’s daughter. He’s still inspiring.

Your character gets some action scenes. Do you do your own stunts?

I wish they doubled me a couple of nights. It was super cold. The biggest set and stunt piece was in an enormous water tank in the underwater climax. That was intense to shoot. I’d never done anything like that. You just hold your breath as long as you can. We found ourselves doing it in warm water and then 10-degree weather outside in the middle of the night. Floating in warm water in middle of the night is a strange way to make a living. I’m all for doubling now on stunts. I’ve turned the corner on that.

I admire your characters for often [embodying] grace under pressure. How do you handle tense situations?

I tend to keep it together pretty well. It’s interesting; I find my [characters] like that. I wonder why that is. So, when I get to lose it in a scene, it’s really satisfying. Part of acting is to explore the emotional landscape — I’m trying to be tongue-in-cheek here! But you can’t see that — it’s fun to lose it like Adam Sandler or Benicio Del Toro. I like doing those kinds of scenes now.

You have shape-shifted into many different roles, my favorites being two indies, “Inhale” and “Undertow,” with that memorable opening —

No one saw “Inhale!” Thank you for mentioning that! What a great cast: Sam Shepard! Rosanna Arquette! And “Undertow!” I’ve got to say, when I saw that opening with the nail in the script and David Gordon Green described shooting it, I didn’t see how it was going to work — and boy, how wrong was I?! Such a grueling image! That opening credit sequence — it’s f**king great!

This fall, I shot the opening pilot for Danny McBride’s “The Righteous Gemstones,” that David Gordon Green is producing for HBO, with Danny and John Goodman. I play a part that I hope will be a regular role. I hope that goes so you can see it.

What observations do you have about your career?

Right from the start, I had the concept in my mind to play as many types of characters as possible. That was deliberate. I was in improv comedy, “The Mee-Ow Show,” at Northwestern. I left that young and started a career to be truthful as a character. At the time, I was doing leading men parts, but I found them to be unsatisfying to a small degree — it was a mind-boggling and wonderful journey. Now I don’t feel the same way about playing leading men. I was more selective then, and now I don’t do that, and I play tons of different stuff. So, I don’t have to be so selective. That interests me the most. Leading roles were hard to get. My class came in with Keanu [Reeves], Johnny [Depp] and Brad [Pitt], so it was a crowded field. I’ve come so deep in my 33rd  year.

You’ve recently started doing more television; you directed a feature, produced a pair of films, and you perform music for films. How are you changing your career?

I think it’s so interesting that it’s expanded. The motivation behind that is out of necessity. I’ve shifted to the landscape of TV and great top-end shows like “The Righteous Gemstones” and “Enlightened” and “Mozart in the Jungle,” etc. They were a rewarding shift in my career, and some tiny parts are coming to me because I can do a wide variety of things, and that’s what I set out to do. It’s expanding the types of role I have, like playing the character I do in “I Still See You.”