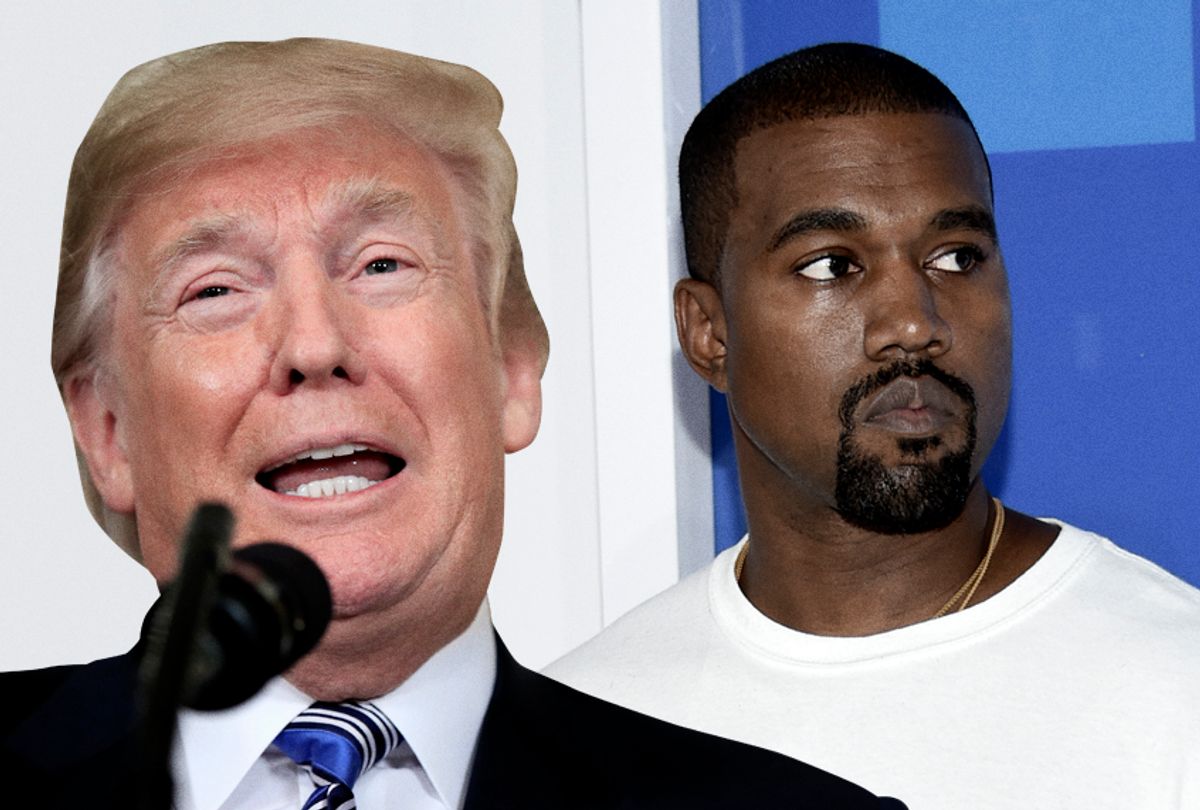 Regardless of one's political beliefs, it is always questionable to ridicule another person when they are clearly suffering from a mental illness. This was a bridge that "Saturday Night Live" decided to cross on Saturday, with mixed results.

The skit opens with a fake C-SPAN introduction screen that describes the Oval Office lunch from Thursday between President Donald Trump (Alec Baldwin), rapper Kanye West (Chris Redd) and former football star Jim Brown (Kenan Thompson) as one discussing "prison reform, education, alternate universes, superman and flying cars." It then cuts to showing the SNL cast in an Oval Office set, with Baldwin's Trump introducing the scenario by saying, "This is a serious, private conversation between three friends plus fifty reporters with cameras."

From there Redd's parody of Kanye ranted in a way not entirely dissimilar from the style of his real-life counterpart. He covered "issues" including infinite universes and theories of time, how the 13th amendment is a "trap door" that could end up with the Unabomber, how constitutional amendments should skip from 12 to 14 like skyscraper elevators, how Chicago's murder rate is dropping so much that soon "we're gonna be digging bodies out of the ground" and how Hillary Clinton is actually not a man. At one point, as Redd's West brags about his high IQ, Baldwin's Trump realizes in horror that "Oh my god, he's black me!" On another occasion, Baldwin's Trump muses to himself that "I was in a room with Dennis Rodman and Kim Jong-un and they made a lot more sense than him."

The skit is at its best when it identifies these blazingly obvious parallels between the celebrity in the White House and the one merely visiting. Even as it focuses on Trump's racist belief system (Baldwin's Trump refers to Brown and West as "real Chicago types," checks for his wallet after being hugged by Redd's Kanye and notes that both he and the rapper have been "recorded saying the n-word"), it makes a point of underscoring how the two men are really quite similar. Perhaps the biggest laugh comes at the beginning, when Baldwin's Trump introduced Redd's Kanye by saying that the rapper is going to make one or two "brief, lucid remarks."

Unfortunately there are also some uncomfortable shots taken at West's mental health. At the beginning of Redd/West's rant, Baldwin's Trump speculates that he might be "cuckoo," and later he suggests that maybe they should order West's lunch "from a pharmacy." On one occasion, Thompson's Brown privately wonders if "tripolar" disorder exists, a reference to how Kanye West admitted during his Oval Office appearance that he had been diagnosed with bipolar disorder (which he claimed was actually just sleep deprivation). Later Thompson's Brown quips that "the only thing I definitely want to point out is that mental health in the black community is apparently an even bigger issue than I thought."

When it isn't making Kanye West's illness into a punchline, however, the "Saturday Night Live" skit is incisive. It certainly is a good way of commemorating the most bizarre president-celebrity Oval Office meeting since Richard Nixon met Elvis Presley.