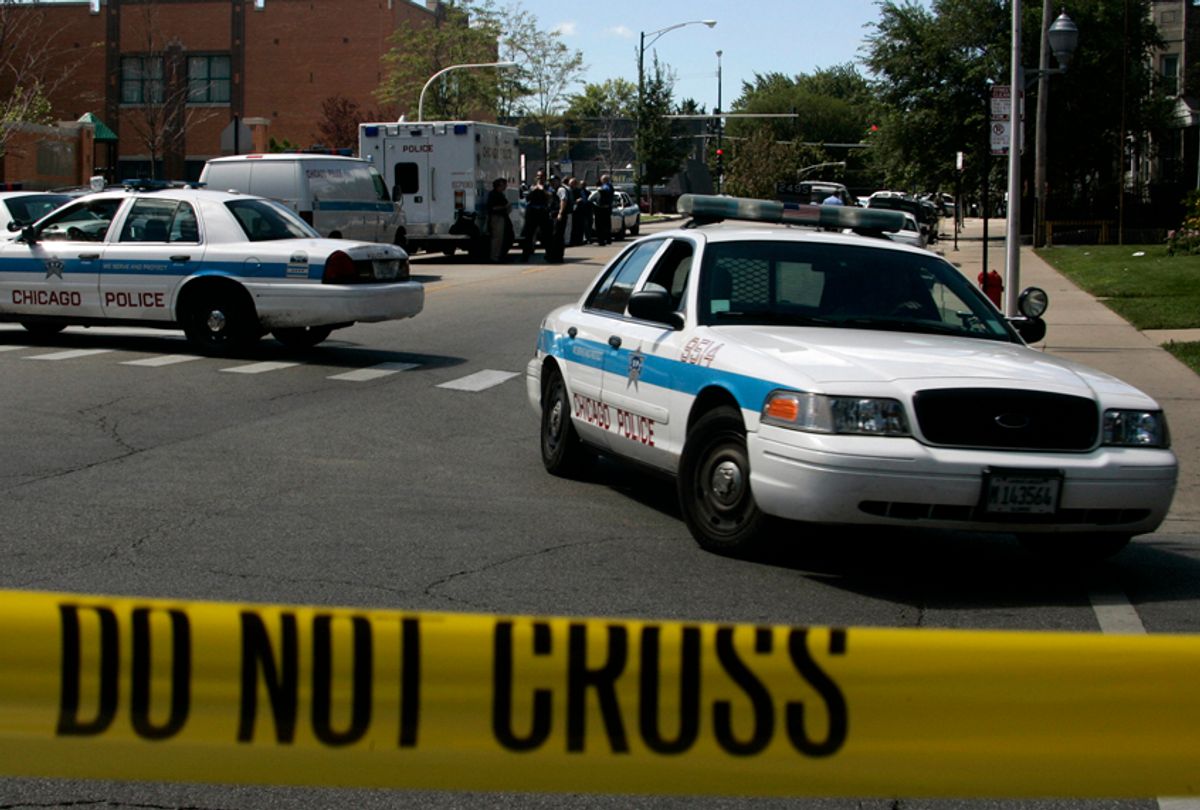 President Donald Trump has long focused on Chicago as a hotbed for American crime. This came up yet again on Oct. 8, when he said that he had directed the Justice Department to work with local officials in Chicago to stem violence in a city overwhelmed by its high rate of violent crime.

With 24.1 homicides per 100,000 people – more than four times the overall U.S. rate – Chicago certainly suffers from serious problems. But, as of a Sept. 25, St. Louis, my hometown, is called by the FBI the most dangerous city in America with over 6,461 violent crimes reported in the city limits in 2017. That’s an increase of more than 7 percent from the previous year.

St. Louis only ranks third for homicides in the U.S. by rate, but it’s the No. 1 most dangerous city. So by what metric does the government measure “most dangerous” – and why is Trump’s focus concentrated on Chicago and not St. Louis? As a statistician studying how people can manipulate numbers, particularly crime data, it is clear to me that the way crimes are currently counted in the U.S. can easily confuse and mislead.

Since 1929, the FBI has managed the Uniform Crime Reports (UCR), a project that compiles official data on crime across the U.S., provided by smaller law enforcement agencies. For example, in Missouri, data is provided directly to the state by both the county police departments and the smaller municipalities. This information is then sent to the FBI.

With 18,000 different law enforcement agencies providing crime data to the FBI, there must be a standard metric of reporting. So all crimes are classified into only two categories: Part 1 and Part 2.

Okay, makes sense. But here’s the catch: None of these crimes are weighted. When a “beautiful, innocent 9-year-old child who was laying on the bed doing her homework” is murdered in Ferguson as a retaliation killing, it counts just the same as when an individual is arrested for shoplifting US$50 or more from the Dollar Store. This flawed metric allows for incredible confusion.

Chicago mayoral spokesman Matt McGrath criticized Trump’s comments to The Washington Post, saying, “Just last week, [the Chicago Police Department] reported there have been 100 fewer murders and 500 fewer shooting victims in Chicago this year, the second straight year of declines.” And really, I crunched the numbers; all serious crimes are only up 6.88 percent since 2014.

But it isn’t the serious crimes that make me look under my bed before I go to sleep at night. It’s the violent crimes. Those are up 24.27 percent in Chicago between 2014 and 2017. Murder is up 59.53 percent. (Researchers are still trying to figure out what’s caused the spike.)

This metric can be misleading. Former St. Louis Mayor Francis Slay touts “small gains” as overall crime numbers drop. Sure, the number of Part 1 crimes has actually dropped by 0.4 percent since 2014. But violent crimes in the city of St. Louis have increased 24.04 percent.

Here’s what I know: The U.S. needs a better metric. How we measure crime has been contentious since the original FBI crime reporting document was released in 1929.

There are even issues with the counting itself. The FBI website removed data from Chicago’s crime statistics in 2013, because the FBI deemed it to be underreported.

Hopefully, a more accurate metric comes in with the FBI’s National Incident-Based Reporting System, scheduled to roll out in 2020. For example, if a criminal assaults someone in their home and steals jewelry as well, that’s only counted as an assault under the UCR system. Under NIBRS, both the assault and theft would be counted.

But this system doesn’t seem to address the key issue: weights. Murdering a child cannot possibly count the same as stealing from the Dollar Store. It is inconceivable that raping someone can count the same as illegal gambling. You serve different amounts of jail time based on the severity of the crime – why wouldn’t crimes also be weighted?

Cities like Chicago and St. Louis most certainly have issues with crime. But how the U.S. measures “dangerous” must be made clearer. It does a disservice to our police and our communities by allowing this misrepresentation of the facts. Until then, politicians will be able to use this confusion to confuse the public, intentionally or unintentionally.