It was a bad week for the climate: But there are good reasons not to lose hope 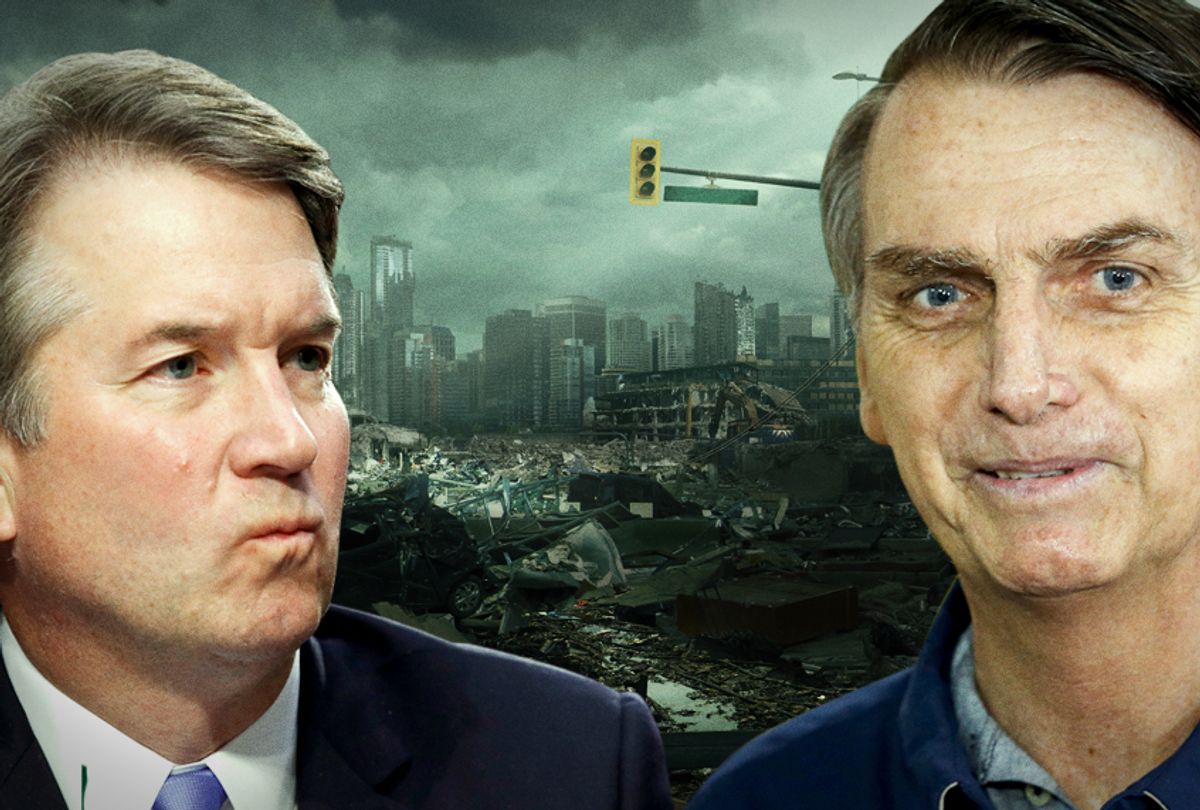 It was a grim week for the climate. In Inchon, Korea, the world’s climate science community issued its starkest warning yet, making clear that it is morally unacceptable to allow warming to exceed 1.5 degrees Celsius, that the time to accomplish that is running short, and that a large scale global transformation will be required to succeed.

In particular, the UN’s climate science body, the IPCC, emphasized that a critical first step was a rapid global phase-out of coal, with a two-thirds reduction by 2030.

The IPCC made clear that the barriers are neither technological nor economic.  We have the necessary tools. New renewable energy capacity already dwarfs construction of  fossil fuel power plants, and is now cheaper in every major region of the globe; automotive manufacturers are bringing scores of new electric vehicles into all segments of the auto market, including trucks; homes so efficient that they can generate all the power they need on their own rooftops cost less even in the most severe climates than those that require burdensome utility bills. Curbing natural gas methane leaks from oil and gas drilling and pipelines reduces the risk of fires and explosions, while largely paying for itself with the natural gas recovered. The major countries suffering most heavily from deforestation have all made such logging practices illegal.

Climate solutions like these will make us more prosperous, healthier and safer. Indeed, studies demonstrate that the health care savings from eliminating fossil-fuel air pollution alone will pay for the entire transition to clean energy.

What stands in the way of climate progress, rather, is a combination of inertia – the climate scientists made clear that the needed transition must be far faster than previous energy revolutions – and resistance from established special interests who profit from outmoded, climate-disrupting technologies. It is the failure of markets, not true costs, which stands in the way of decarbonization.

There were two shocking and spectacular examples of this problem, within days of the Inchon summit.

In Brazil, Jair Bolsonaro, a climate denier and kindred spirit of President Trump’s, came within a few votes of a stunning first-round victory in the presidential election. Bolsonaro is a presumed political ally of landowning interests that want to resume massive deforestation in the Amazon, and seems poise to win the runoff election in a few weeks.

Brazil has been a critical climate leader. Although its progress in protecting its forests has never been smooth, the national commitment stood as evidence that ecological protection could be both good economics and good politics for a major emerging market. Bolsonaro’s victory would thus be a significant blow to prospects for protecting global forests, whose devastation until recently accounted for about one-fourth of the threat to the climate. Brazil’s leadership was responsible for the significant drop in that ratio, but that progress is now threatened.

Meanwhile, in the United States, the narrow confirmation of Brett Kavanaugh substantially tilted the balance on the Supreme Court against upholding congressional or executive action to protect the environment or the climate.  As a reminder of how close that balance is, the eight other members of the high court upheld one of Kavanaugh’s own lower court opinions, that the Obama Administration lacked the authority to regulate HFCs -- refrigeration and cooling chemicals that are a major and growing threat to the climate. This ruling, combined with the failure of the Republican Congress to ratify the Kigali Agreement phasing out HFCs globally, means that American progress in substituting climate-safe refrigeration chemicals for dangerous HFCs will fall to piecemeal action by states, cities and companies – even though rapid adoption of the safer refrigerants is strongly supported by the U.S. chemical industry as a major economic opportunity.

Kavanaugh will have no shortage of cases through which to express his massive resistance to strong environmental standards. Under the Trump administration, the EPA is already preparing to repeal existing standards requiring power plants to clean up their mercury pollution, even though all existing plants are already in compliance and have installed the necessary equipment. This is because the administration wants to make it harder for future administrations to regulate pollution, using legal reasoning Kavanaugh has helpfully provided in existing opinions written for the D.C. Circuit Court.

Bolsonaro’s potential willingness to resume massive Amazonian logging was a significant reason for powerful rural interests throwing their weight behind his candidacy late in the campaign. Kavanaugh’s judicial philosophy, which could be summed up as “since the founding fathers didn’t know about the pollution and climate threats posed by 21st-century industrial technology, they created a constitutional right to pollute,” has clearly been a major factor in his career support from conservative forces and funders.

This week’s events are powerful reminders that it is not a lack of understanding of climate that now blocks progress. Rather, it's the clear recognition by special interests that the positive economic transformation that climate protection will unleash is likely to reduce the wealth and power of those currently profiting from destructive activities like deforestation and extracting and consuming fossil fuels.

It also highlights something that climate advocates and even climate scientists too often forget – our most powerful weapon is not fear of climate catastrophe, but excitement about the immediate opportunities represented by climate progress. These include ending air pollution, curbing childhood asthma, lowering utility bills, doubling down on a renewable energy industry that already employs more Americans than fossil fuel extraction and shifting to electrified and automated transportation systems. In other words, the clean energy and sustainability revolution that will power this century’s economic growth and social progress.

Bad news always dominates the media. Fear dominates the front page, as President Trump has skillfully exploited. But hope moves the human heart. It is good news that motivates people to change their lives. Fortunately, climate progress will be full of good news if we embrace it.