Mouth-watering flavor is harder to engineer than we hoped 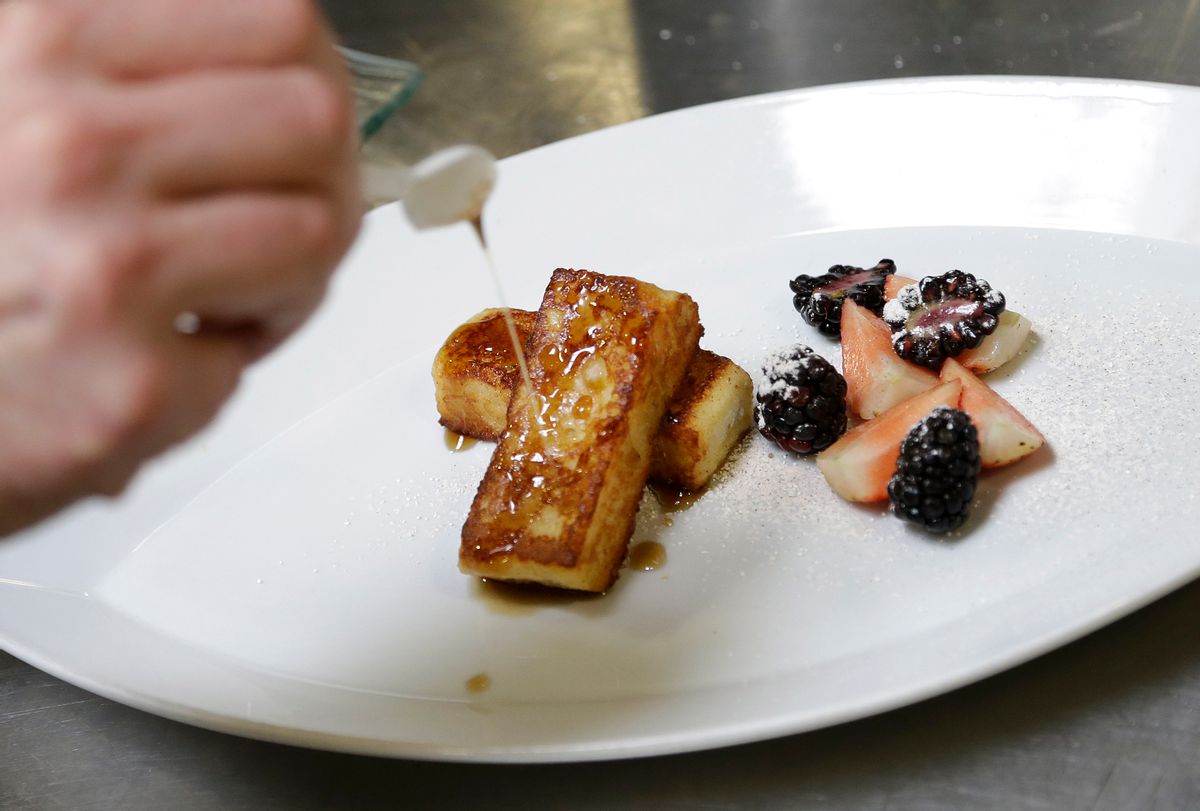 In this Feb. 4, 2015, photo Hampton Creek Foods pastry chef Ben Roche pouring syrup over french toast made with Just Scramble at their office in San Francisco. Hampton Creeks mission is to replace the eggs in products without anyone noticing. In trying to appeal to the mainstream, co-founder and CEO Josh Tetrick has a simple rule. Number one, never use the word vegan, he said. (AP Photo/Jeff Chiu) (AP)
--

Wheat-based seitan chicken wings and soy chorizo sausages are easily available at almost any large supermarket. The Impossible burger is the talk of the town in and out of the world of food tech startups. So are we already living in the futuristic world of meatless meat? Well, not really.

While companies producing plant-based meat substitutes are growing quickly, the future of cultured meat is still hazy. The first hamburger made entirely of lab-grown meat hit the grill in 2013, but the cellular agriculture industry is still facing many of the same challenges and setbacks from those early days.

In order to be universally accepted by consumers, meat alternatives have to not just look like conventional meat, but also mimic its smell, texture and taste — not a trivial task for food scientists. A blend of over a thousand water soluble and fat-derived components make up specific flavors of different strains of meat, so accurately emulating the distinctive taste of meat is a difficult endeavor.

In 2013, both the taste and price of a cultured burger left a great deal to be desired. Not only was production cost $330,000 per patty, the texture of lab-grown meat was pretty much the opposite of conventional meat. Instead of being juicy and soft, it resembled a dense protein cake. However, it only took 2 years for the price to go down from $330,000 to $11.36 per patty or $80 per kilogram, and become at least marginally comparable to that of beef ($4.22 per kg). As the price improved, the taste did too. Paul Shapiro, author of a book on cultured meat, got to taste lab-grown foie gras made by California-based company JUST (formerly known as Hampton Creek). “The pâté was rich, buttery, savory, and very decadent, just as one would expect,” he wrote.

It turns out that making cultured foie gras is also easier than growing a burger, in part because it takes less effort to grow liver cells in culture than in a bird (ducks and geese are force-fed to induce hepatic lipidosis, or fatty liver). When cultured liver cells receive excess sugar, they begin to produce more lipids and get fattier and fattier, mimicking the texture of foie gras while eliminating the need for waterfowl cruelty.

Currently, one of the biggest challenges in cultured meat production is decreasing the cost of molecules that are essential for sustaining cell growth in culture. But because foie gras is already marketed as a luxury product with a cost of at least $50 per pound, getting a lab-grown version to be cost-competitive is less difficult than bringing down the cost of cultured burgers.

That said, it looks like lab-grown chicken wings won’t be on shelves any time soon. Unlike chorizo, foie gras, or even a burger, whole-muscle meat requires a structure (or scaffold) and constant supply of nutrients to its center; in other words, growing a pork chop is much more complicated than growing a hotdog. Scientists say that they are still very far away from growing steaks in lab and even further from achieving the same flavor quality as whole-muscle meat from living animals.

No matter what lab-grown meat tastes like, manufacturers will have to overcome buyers’ concerns about safety. In a consumer behavior study, people who were apprehensive about eating cultured meat were primarily worried about potential health risks down the road. But those fears appear to be unfounded: in principle, cultured meat should be safer than conventional meat. The chance of microbial contamination is much lower under strictly-regulated lab conditions. Lab-grown meat will be less exposed to bacteria and fungi that can spoil the product and cause food-borne illnesses. Because of how much control scientists have over the production process, it is conceivable that lab-grown meat could contain less saturated fat and more beneficial fatty acids. In a similar vein, antibiotics and growth-promoting hormones routinely given to livestock for traditional meat don’t have to be present in cultured meat. However, nitrates, potentially carcinogenic food preservatives, will still be present to ensure an adequate shelf life.

With so many cultured meat producers working to decrease costs, make their meat taste more familiar, and win over consumers, it’s possible that cultured meat will soon be as easy to buy as tofu or seitan.