"Now Cherokee Nation denies her," President Trump tweeted in response. ". . . Even they don't want her. Phony!" 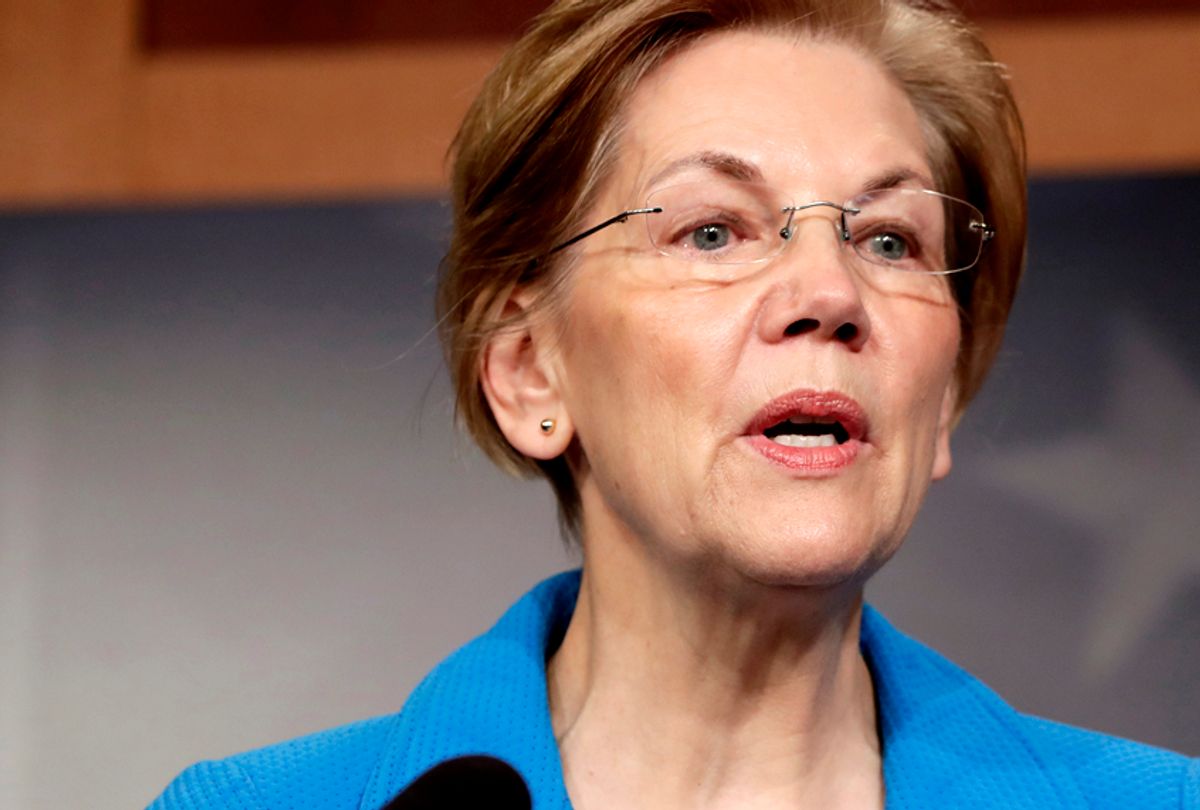 President Donald Trump slammed Sen. Elizabeth Warren on Tuesday — just one day after the Massachusetts Democrat published a DNA test to confirm that she has some Native American ancestry — for having the test rejected by the Cherokee Nation.

"Pocahontas (the bad version), sometimes referred to as Elizabeth Warren, is getting slammed. She took a bogus DNA test and it showed that she may be 1/1024, far less than the average American. Now Cherokee Nation denies her, 'DNA test is useless.' Even they don't want her," Trump tweeted. "Phony!"

In a second tweet, Trump said that Warren's claims "of being of Indian heritage have turned out to be a scam and a lie" and demanded she "apologize for perpetrating this fraud against the American Public."

In a third tweet, he thanked the Cherokee Nation for "revealing that Elizabeth Warren, sometimes referred to as Pocahontas, is a complete and total fraud!"

Shortly after, Warren lashed out at Trump, accusing him of "racist name-calling."

"Sovereign tribal nations set their own legal requirements for citizenship, and while DNA tests can be used to determine lineage, such as paternity to an individual, it is not evidence for tribal affiliation," the Cherokee Nation's Secretary of State Chuck Hoskin Jr. said. "Using a DNA test to lay claim to any connection to the Cherokee Nation or any tribal nation, even vaguely, is inappropriate and wrong."

In a highly produced video promoting the findings, Warren asked Carlos Bustamante, a professor of genetics at Stanford and adviser to Ancestry and 23 and Me, "Now, the president likes to call my mom a liar. What do the facts say?"

The video makes no secret of the fact that it is responding to President Trump, who has repeatedly referred to Warren by the disparaging nickname "Pocahontas" in response to her alleging Native American descent. In addition to showing clips of Trump mocking Warren's ancestry, the video also shows Warren's former academic colleagues disputing claims that she was hired as an affirmative action pick on the basis of that alleged heritage.

But, according to Hoskin Jr., Warren's attempt to prove her ancestry means little to the Cherokee Nation.

"A DNA test is useless to determine tribal citizenship," he said. "Current DNA tests do not even distinguish whether a person's ancestors were indigenous to North or South America."

"It makes a mockery out of DNA tests and its legitimate uses while also dishonoring legitimate tribal governments and their citizens, whose ancestors are well documented and whose heritage is proven," he added. "Sen. Warren is undermining tribal interests with her continued claims of tribal heritage."