Sound familiar? Trump claims there are scientists on "both sides" of the issue of climate change

Trump claims he can deny climate change, because he has "an instinct for science" from his uncle who taught at MIT 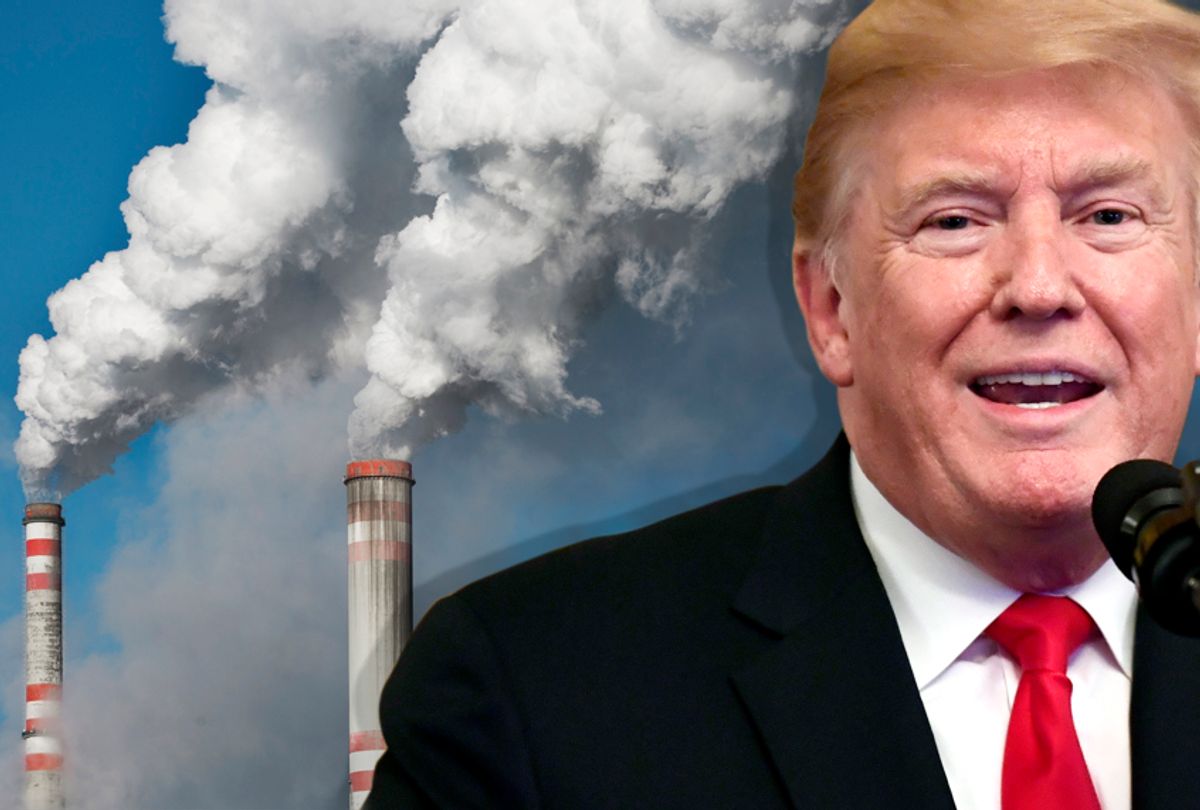 President Donald Trump said he has a "natural instinct for science" that provides his insight into the realities of climate change.

In an interview with the Associated Press published Wednesday, the president restated his belief that our climate is changing. At the same time, he argued that, although the climate changes, it "goes back and forth, back and forth."

Trump claimed that there are scientists on "both sides" who disagree about the role of human activity on climate change — recycling the infamous phrase he used to place equal blame on white nationalists and the "alt-left" for the violence that occurred in Charlottesville, Virginia, which left one anti-racist protester dead.

Trump's comments to the Associated Press  follow remarks he made in an interview with CBS News' "60 Minutes," in which the president tried to spin his long-standing climate change denialism by admitting that climate change is not a hoax. However, he also said that he believes that it may not be "man-made."

Earlier this month, the United Nations Intergovernmental Panel on Climate Change, a U.N.-sponsored collection of the world's top scientists, released a dire report saying that the planet will reach 1.5 degrees Celsius — the warming threshold that would preserve the stability of the world's interconnected ecological and societal systems — in as little as 12 years. The warming of the planet could increase the risk for "extreme drought, wildfires, floods and food shortages for hundreds of millions of people," according to CNN.

Nevertheless, the president declared that he is "truly an environmentalist," who "believes very, very strongly in the environment."

"I know some people might not think of me as that, but I'm an environmentalist. Everything I want and everything I have is clean. Clean is very important — water, air," he continued. "I want absolutely crystal-clear water, and I want the cleanest air on the planet — and our air now is cleaner than it’s ever been. Very important to me."

But Trump added that he is unwilling to take action that would slow down the economy in order to combat climate change. "What I'm not willing to do is sacrifice the economic well-being of our country for something that nobody really knows," he said.

The president's claims that he can deny climate change, because he has "an instinct for science" from his uncle who taught at MIT came under intense scrutiny Wednesday morning on MSNBC's "Morning Joe."

"If we were to sit here and tell anyone that, credibly, we have determined that terrorists have plotted to destroy a huge chunk of the planet with weaponry — with bombs — and they would starve a bunch of people, and they would cause massive economic damage in their plot, we — as a government and society — would do basically everything in our power to prevent it," Stein added, pointing to the president's inaction. "We wouldn't dismiss it by saying, 'There is one person out there that doubts that the terrorists are going to do this.'"

"Can I just be the optimist for a moment here and note for the record that Trump has modulated his view on climate change?" Goldberg continued. "Remember, he said this was a Chinese manufactured hoax. And, now, he says, 'Yeah, it might be changing, it will change back. I don't know. I don’t know what causes it.' So he's moving in a direction towards science, perhaps because of his 'natural instinct.'"

Watch the full discussion below.