The actor portraying Oscar Wilde tells Salon, "We could be moving towards a new right wing dictatorship in America" 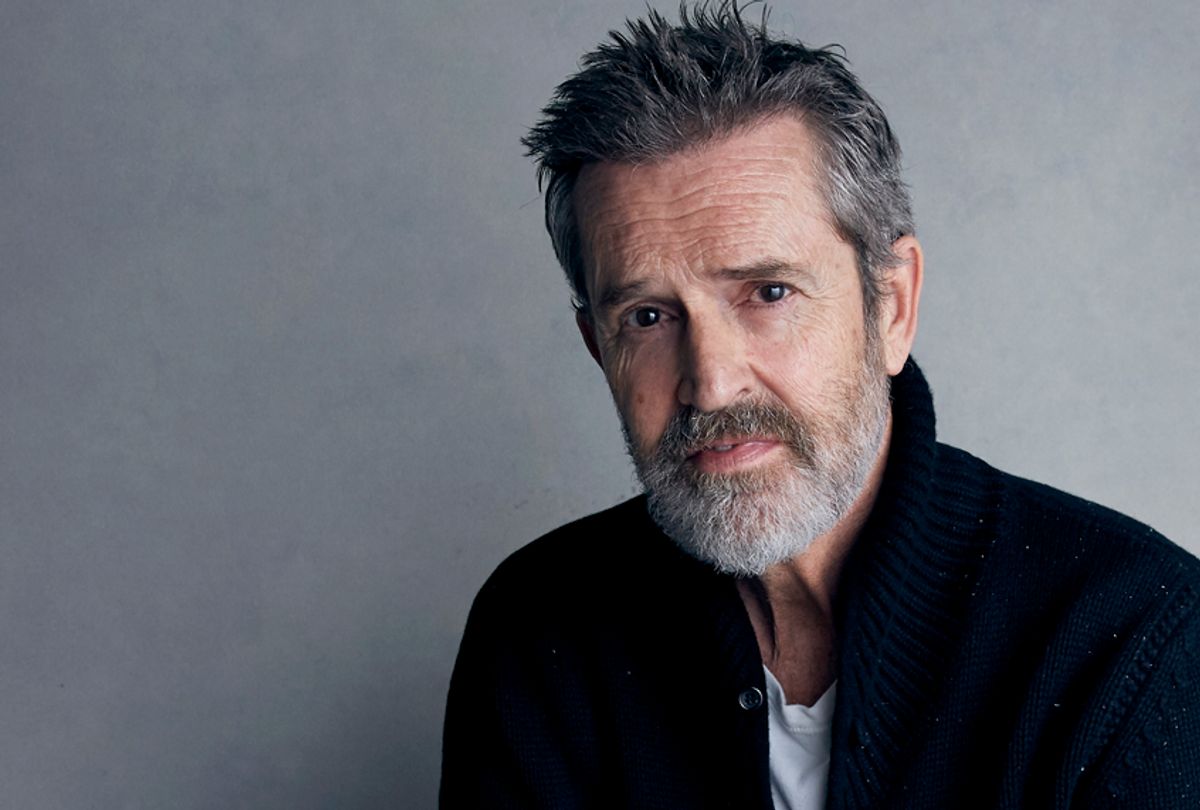 Over his decades-long career, Rupert Everett has played his share of royalty. He's been both King Charles I and George VI; he's played the Prince of Wales and Prince Charming. But as "The Happy Prince," the English actor has created one of his most indelible and deeply personal performances yet.

Covering the tumultuous last days of Oscar Wilde, "The Happy Prince" is a passion project for Everett, who also wrote and directed the film. "I wrote this screenplay about eleven years ago, and had no luck in finding finance for it in the UK, or in Europe," Everett told me during a recent conversation in Salon's studio for "Salon Talks."

Undeterred, Everett came up with a novel solution. "I then had the idea of trying to perform in the David Hare play 'The Judas Kiss.' I thought, God, if I could play Oscar Wilde on stage, it would be a kind of audition speech, and I could maybe drum up some trade for the film."

That's exactly what happened. Slowly but surely, Everett said, the film began to come together financially.

Even the film's title, taken from a famed children's story by Wilde, has an intimate resonance for Everett. The title character of "The Happy Prince" is a gilded, bejeweled statue befriends a wayward swallow that has become separated from its flock. The swallow helps the prince give away its jewels and gold leaf, piece by piece, to help the impoverished and miserable townspeople, until the statue is stripped of all finery and the swallow dies at its feet, and the townspeople want them both discarded.

"That's very much, in a way, the story of Oscar Wilde," Everett said. "One of my first big memories is of me and my mum reading books in bed at night as a child. I think those memories are some of the most comfortable and uncomplicated memories people have, because the relationship between a mother and child then is absolutely extraordinary, particularly from the child's point of view. My mum read this story to me, and hearing this book about love, and the price paid for love, and suffering as being the most magnificent thing, was a kind of eye opening experience. I realized there was something else going on in the world than just the little corner of it that I was living in."

After leaving his "little corner" for a career in acting, Everett soon found himself on track as a classic Hollywood leading man. But his refusal to be closeted changed things.

In 2010, he told the Hollywood Reporter, "I was very lucky at the beginning of my career . . . and then, I never had another job here for ten years, probably, and I moved to Europe."

Even now, Everett said, "you can definitely say that it's not ideal to be gay and to want to attempt the kind of world domination that most actors think is their natural right when they start out."

"We all start out thinking that we're going to be the biggest star ever, and that really is not, or was not, possible for someone who was openly gay in the '80s or '90s," he said.

People even cautioned him against playing "a gay part" in the 1984 film "Another Country," set in a tony English prep school and loosely based on the early life of double agent Guy Burgess, who was gay.

"Of course, that all changed after the era of 'My Best Friend's Wedding,'" he said. "Suddenly all the straight actors thought, Oh, gay parts are quite a good thing and you can look like you're really acting and receive tons of awards."

"Bu it didn't go the other way around," he added. "Gay actors don't often get to play the straight roles, and I think that's what is finally frustrating and phobic."

For Everett, the paradox of partial progress has meant that "straight actors get to play the gay parts, but if [gay actors] then don't get the gay parts either, we're really out of the whole business."

"I'm hoping that at some point we're going to graduate into everyone being able to play everything," he said. "But at the same time, we are also making giant strides. I think the current of movement is unstoppable."

It's a movement forged by individuals like Oscar Wilde. Once one of the most famous men in all of Europe, Wilde spent two years in prison for "gross indecency" after his relationship with Lord Alfred Douglas became public. He died in self-imposed exile in France at the age of 46.

"We're all fascinated by celebrity and fame, and one of the things that is so interesting about it is how blinding it can be, because you're surrounded by a gang of your own ghouls who just tell you yes," said Everett. "This is what happened to Oscar Wilde. He was so famous that he thought the whole of the world revolved around him, and that's why he made all those terrible, terrible mistakes."

Yet his legacy as an LGBTQ pioneer remains indelible.

"Oscar Wilde in Paris is actually the first out man in modern history," said Everett. "I don't mean somebody whose family and friends kind of know roughly that something's going on. This is a famous man who could be seen on the boulevard and everyone who saw him said, that is a homosexual man. It's the first time it really happened, this image and this identity to sexuality. It's quite extraordinary."

But as a postscript to "The Happy Prince" notes, Wilde was only officially pardoned — along with 50,000 living and deceased men who were also convicted of homosexuality — in 2017.

"It's insane that it's a pardon to start with," said Everett. "Since we've agreed now that homosexuality it not a crime, a pardon is not the right thing. There should be an apology really. It was impertinent and it was badly thought out."

It's well-meaning fumbles like that which make Everett eager to share Wilde's story with a new generation.

"I think one of the things in the LGBTQ community is this lack of context beyond what's happened very recently. I think context is enormously empowering," he said. "The context of Oscar Wilde in the LGBTQ movement gives us a sense of empowerment just to see the distance we've gone from then to now."

"Also, it gives us a new lens through which to address the problems that we have for the future, which are considerable, because we could be moving towards a new right wing dictatorship in America," he added. "You never know: in eight years time, there will be Ivanka Trump put into the White House. Everyone has to be vigilant —  but, I think, vigilant in an empowered way. I believe that we have the weight of history on our side."

A history that includes trailblazers like Wilde, who — as Everett's portrayal shows — lost everything but kept his spirit and sense of humor.

"He was not a victim," Everett said. "I think this is an important facet. He challenged the world even when he was down low, and he's very inspiring for that."