Kurt Vile breaks down his "mixtape" solo album, from acid house to "the K-hole of country music" 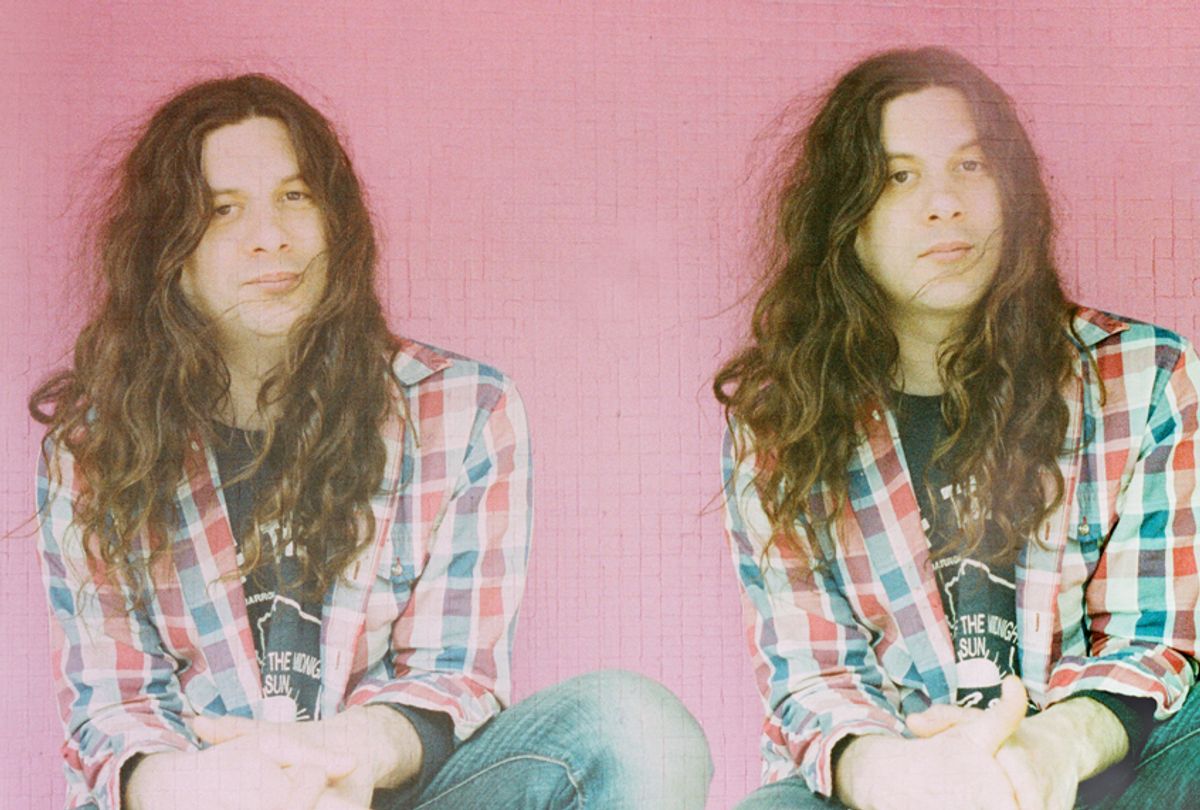 As the latter song implies, Vile has become more enamored of vintage country in recent years — artists such as George Jones, Waylon Jennings, Willie Nelson, Kris Kristofferson, Billy Joe Shaver and Bobby Bare. This particular influence also shows up in his open-hearted vocals, which often have outlaw country-caliber attitude and a knowing drawl that's both mysterious and wise. (This pastime has also been a boon for his music collection, he tells Salon with a laugh: "Usually all the records I get in America, in this genre, are just a few dollars. All the records I buy are cheap as hell.")

Still, as usual, Vile is already thinking about the future. He has a bunch of EPs banked he can release, comprising leftovers from recent recording sessions — and he's also planning to work with friends to get his own personal musical archive in order.

"I'm inspired by Neil Young's archive, his website," he says. "I'm going to do some version of that, but not make it available to the public. It'll be really inspiring getting my projects together, in general, when I can just look straight down chronologically and see all these songs that I have, that have never seen the light of day."

Vile chatted with Salon from a hotel room in Los Angeles, where he was doing some press and eating breakfast, about "Bottle It In" and its genesis.

The album was recorded in many different places and studios. How did those different scenarios affect the sound, and how the songs evolved?

I'm so used to that process. I work with three professional producers, you could say — two of which are in L.A., one's in Bridgeport — but two of them I already knew from the last record. I'm used to bouncing around studios. I think it's pretty rare for anybody to do their whole record in one place anymore. I feel like people just fill in and out where they can — in and out of houses even. It's what I used to do when I was DIY, just be recording in multiple people's houses. Now I travel for work, so I'll be close to L.A., or just factor something in and make a trip, and work with people that are on the way.

I like things to sound a little bit like a mixtape. If you didn't know who you were working with, it could definitely be not as cohesive, I feel like. But my music is diverse enough, and I work with the right people, so it all flows together in its own weird way.

You worked with so many different people on this album — and, guest-wise, Kim Gordon's on there, and Lucius is too. What did they all bring to the music? What made them good collaborators?

Lucius, Cass McCombs, Kim Gordon — they all made cameos that were really cool. Lucius sang backup on "Come Again." Kim Gordon played some feedback at the end of "Mutinies." Cass McCombs had a little call-and-response scenario, backing vocal thing, in "Bottle It In." And that was great. All those people are so cool and good at their craft, and that was an honor. Then other people it was definitely more collaborative. I play with Stella Mozgawa, and there's a new guy who I'd never played with, Joe Kennedy, that I was really excited to play with. He plays keyboards with Ariel Pink.

But I'm used to that. I got the Violators that I collaborate with a lot, and then on the west coast, there's people I've been playing with for the last three albums or so, and some new people — again, something I've always done. I like to be able to just play with somebody who interests me.

It keeps it interesting, but I'm also a solo artist. Sometimes you need some backing vocals; sometimes you need a drummer, and your regular drummer's not there. It's fun to keep it open. It's more inspiring, honestly, to mix it up.

Where did you find you were drawing the most inspiration from for the songs this time around? Is there anything in particular?

There's never just one thing, or even a concrete influence. [But] I was definitely listening to tons of country music. Which I've always listened to, one way or another, I'd say, since I started this. But even going down touring on, I got in the K-hole of country music and roots music, and things like that. So that definitely shows.

The bio for this album mentioned you were on a road trip. Whenever I'm on a road trip, it's like a desolate road or in the middle of nowhere, vintage country just sounds better there. I can't explain it. And I know George Jones was mentioned as well in the bio as a favorite.

Oh, yeah, he was definitely a gateway drug into more country. But I grew up on bluegrass and basic country — like, Hank Williams, Johnny Cash — through my dad. Then definitely a big part of it is I read George Jones' autobiography, which is hilariously out of control, and that was like a gateway into reading tons of country bios and just listening to it. Those guys were the real deal. Then you go back to some rock bands and you're, like, "Poseurs!" [Laughs.] You know?

Were there any takeaways from doing the collaboration with Courtney Barnett that you found applied to "Bottle It In," or that you found yourself applying on the road?

It was inspiring, in an obvious way, because I worked with Courtney, and we got really close. She's got such a beautiful voice, and it was definitely a 50/50 collaboration. We helped each other out when either one was in doubt, really quick. And then the tour just expanded upon that, like a moment captured, and pretty much every show was sold out. There was so much love; it was awesome.

We made the record fast. A lot of people would make records pretty fast in the old days, I feel like. You can get stuck in the studio, in the world we live in and the technology that we have, so that was really, in itself, inspiring. But then, on the road, I could just sit back and just play lead guitar on certain songs, and then come up and sing. I was really well-oiled-up by the time I got off that tour. I've been in and out of the studio. There's plenty of leftover material even from this record ["Bottle It In"]. There's been a lot of music-making, for fans and in the studio, these past few years, in general.

It's like momentum—once you're in motion, it all snowballs. I find that with creativity.

Positive inertia, right? I come home, I get excited to chill out for a while, too. It's just hard to imagine rolling along again. But, sure enough, I get on the plane by the skin of my teeth, and it's time to move again.

Once the record was said and done, and you were surveying the songs and the album, was there anything that surprised you about how the music came out?

It always surprises me, in general, a little bit at least, because you never know exactly how a song's going to come out. But, that said, songs like "Skinny Mini" — [co-producer] Shawn Everett did that. I did that right after I got off the Courtney tour, so the guitar playing is really up to par. I didn't even know I'd be playing a guitar solo like that in between singing. That was a rule I had on this record which, if I'm singing, I at least have to have an instrument handy that I'll play at some point, if I want. We sang through a PA in the room and blasted it, which kind of distorted all these things.

That song definitely surprised me how sort of . . .  it's pretty, but it's almost heavy, but at the same time there's no drums. There's something very weird. My friend Stella called it acid house. She said, "I like the acid house song." I'm like, "Which one?" She said, "'Skinny Mini.'" So somehow that's, like, ambient acid house music. [Laughs.] "Bottle It In," the title track, surprised me in how beautiful and orchestral it is. I never quite captured something like that before. With a lot of help from my friends, as well.

That's so cool that you can still be surprised, and be like, "Wow, where the hell did this come from?" Or "This is so cool how it came out."

"Life Like This," from my last record, I didn't even have that song. All of a sudden it turned into a pop song. It was just a piano jam, and then all of a sudden I heard these guitar riffs in my head. That song came out of nowhere, in the studio. Or I wrote "Wild Imagination" while I was in the studio. Those kind of songs are often the best ones that you didn't even know you had, and then you're there in a moment of inspiration, and you happen to have a studio at your disposal.

And this goes back to not overthinking things, or things are cut fast, and you go on instinct and embrace that. Because that often brings out such amazing art.

Totally. I've definitely tripped out about things in the past — I still do now — but I'm definitely more open now, so it's cool.

What are you looking forward to most playing this new music live?

We've already started practicing a little — I'd say we have half the record together. So I guess we'll figure the rest out in front of thousands of people. [Laughs.] But I'm excited. I love the new record. It's pretty laid-back. Once we get the hang of it, it can all be pulled off live. I've got some old 1950s tiny Fender amps that I like to crank and play guitar solos. Yeah, it's feeling good. The future is all so wide open. The music is wide open. The songs are open enough that every night they'll expand. You can play them a little different every night.