Are famous women being pressured to get political? 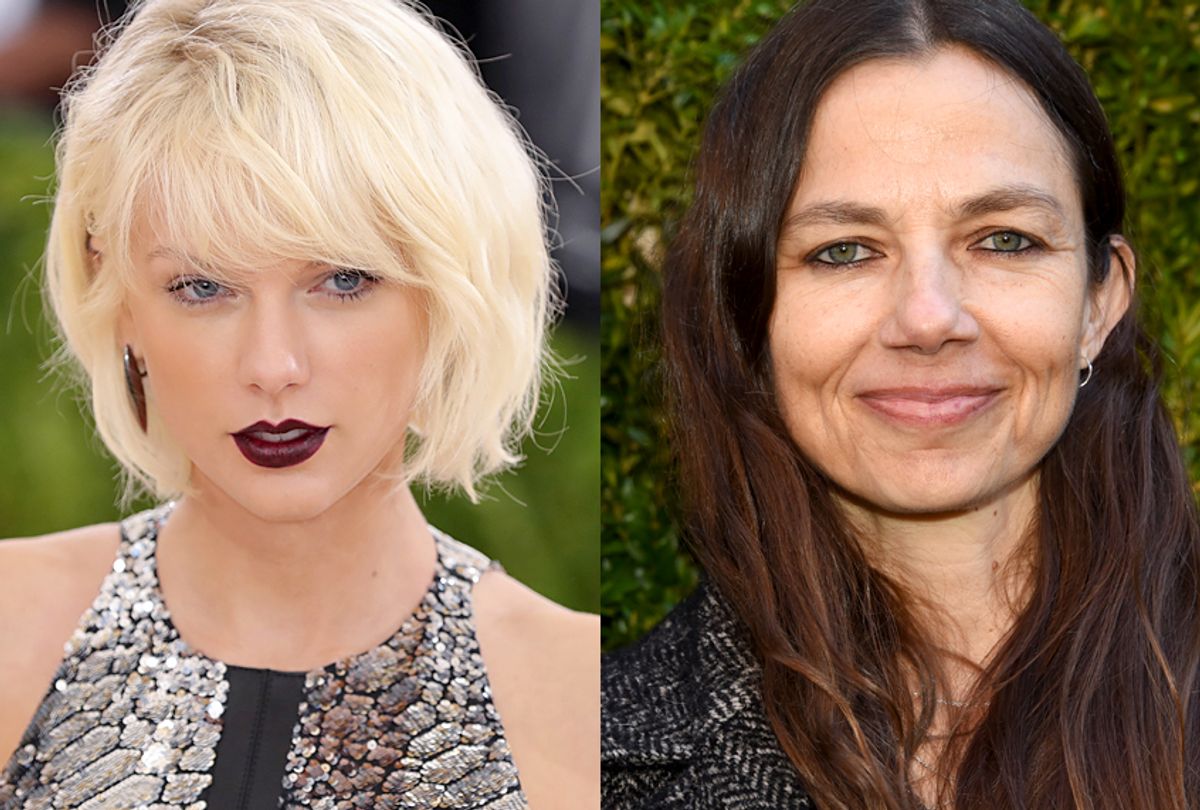 Three days before I met up with actor/writer/producer/director Justine Bateman (best known as Mallory on the ‘80s sitcom "Family Ties") to talk about her new book, "Fame: The Hijacking of Reality," for my Poptarts podcast, Taylor Swift came out on Instagram as supporting Democrats in the upcoming election and urged her 112 million followers to register to vote. Notably tight-lipped about her political leanings up until that point, Swift was being celebrated in the press as the impetus behind a staggering 65,000 new voter registrations in the 24-hour period since her post went live. So naturally, her name came up as Bateman and I discussed the pressure young famous women feel to be everything to everyone, and how that pressure has now become more politicized than ever before.

“What responsibility do you think young, famous women have today to be activists?” I asked Bateman. “Are you tempted to leverage your fame for political reasons?”

“I don’t know that there’s a responsibility for it,” she replied. “I mean, you’re responsible to be a hard worker and to do the best job you can. But I don’t think any singer or athlete or anybody has the responsibility to do it. If they want to, as a citizen, I’m completely all for it. And if people say, you know, ‘Shut up, ya dumb f**kin’ actress. Stop talking politics,’ which is what you see often online, I would just say, well now wait a minute. There’s not just one participant here.”

“And that’s the thing about fame, right?” she continued. “Taylor Swift isn’t going door to door and making sure everybody’s listening to her. She’s not sending out fliers. She’s not making this huge effort to demand that everybody listen to her. But she has 100 million followers on Instagram who want to hear what she has to say. So if you don’t want to hear what she has to say, don’t follow her. Don’t listen. If you’re going to be resentful or angry that 100 million people are listening to her, well, I don’t know what to tell you. They can do whatever they want.”

“Are you politically motivated at all?” I asked Bateman.

“Well, as a citizen, I’m educated,” said Bateman. “I try to be informed about what I’m talking about but not because I feel like I have some responsibility because I have a name, but because that’s the kind of person I am. But, that’s just for me. What do you think?”

“I feel like women’s rights are literally under attack right now,” I replied. “We’re having our rights swiped right from under us. So if you’re a woman in this country with a significant platform and you’re not using that platform to help us get those rights back, then who f**king needs ya? But maybe that’s just born from my own primal terror.”

“Does it feel like there’s an opportunity right now?” asked Bateman. “Like a door’s been opened and you just really want [famous women] to take advantage of this moment?”

“I think so,” I replied. “With Taylor Swift in particular, she’s a country music artist. So there were very real people protecting her and her career by saying, ‘Don’t talk about [politics].’ It’s definitely a brave thing that she’s decided, ‘Whatever. F**k it. Things are too crazy now. I have to speak up.’”

Listen to the rest of this interview, in which Justine Bateman opens up about fame, feminism, and “Family Ties,” here: