Chris Gethard on why "losing well" is the key to winning: "You can get bitter or can get busy"

Salon talks to the comedian, podcast host and author about why winning isn't everything 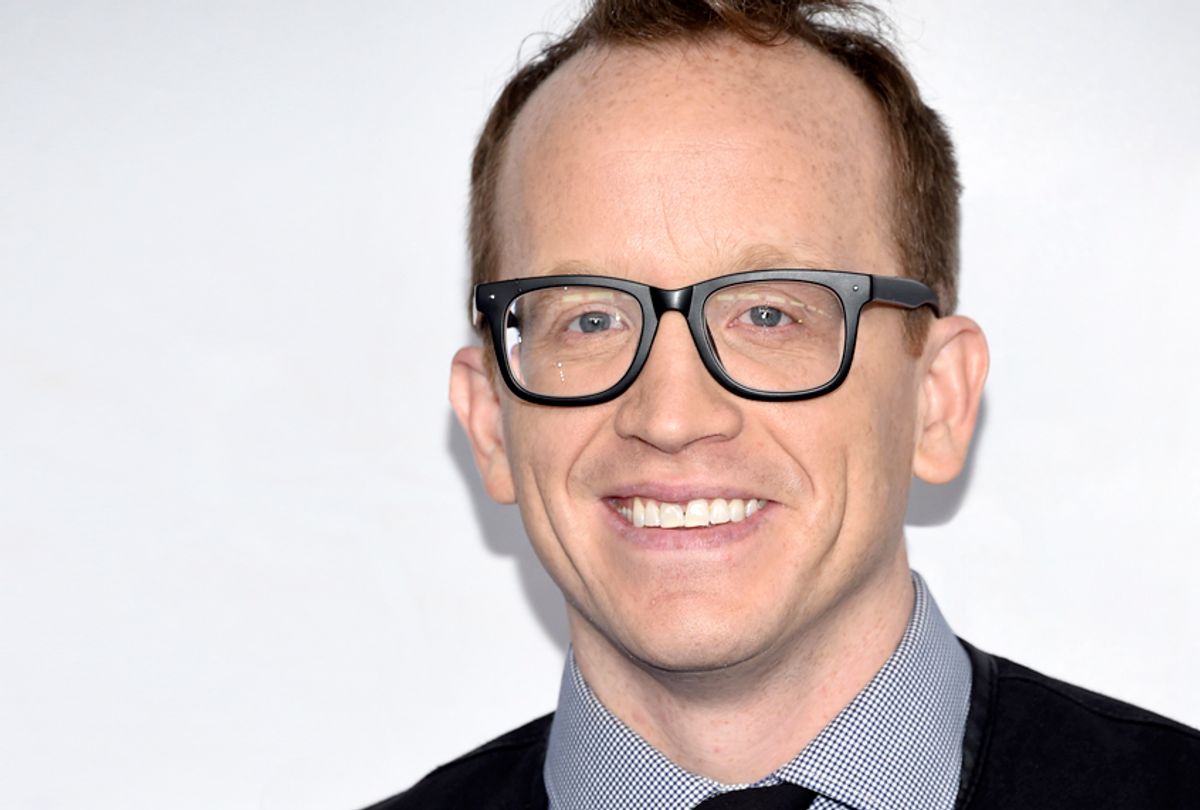 If there's anything that being successful has taught Chris Gethard, it's the value of losing. He's hosted his own television show and the HBO special "Career Suicide;" he hosts a popular podcast called "Beautiful Anonymous," and just published a new memoir. But in it, Gethard, who's gained a loyal following thanks to his intimate storytelling style and his candor about his mental health challenges, recounts his history while challenging the reader to a two-word challenge: "Lose Well."

"I had had a lot of experience with losing, so I felt like it was something I had a right to speak to," Gethard told me during a recent episode of "Salon Talks."

"I very publicly walked a non-traditional path," he explained. "A lot of people look at the fact that my TV show started on public access or that I have pounded the pavement as hard as I have in so many ways and will say, 'I want to do that too. How did you do it?' This book was really an effort to take every single thought I have regarding that and put it in one place. So much of what I've learned and what I'm able to offer is: It won't be easy. You'll bang your head against the wall. But if you can just figure out how to get that part of the process to feel like something you can peacefully co-exist with and be comfortable with and not try to correct or avoid, you will at least learn enough about yourself that it will have been worth going down in flames in the process."

When Gethard talks about pounding the pavement, he's being entirely literal. "We did our show on public access for four years, and that entire time we weren't allowed to store anything at the studio," he recalled. "The whole set had to fit in the trunk of my car. People would be coming to the show to watch me, and they'd see me dragging big bags of wires and stuff up the road."

What stuff was that, exactly?

Though few among us haul sex toys in our daily lives, Gethard's message of persistence applies whatever your aspirations.

"There are so many influences trying to convince us to just stay in our lane," he said. "Whether that's your boss who just wants your world to be your cubicle or whether that's the people in your personal life who didn't chase their own dreams so they don't want you to, or whether that's just a society in general that says, 'This is who you are. You were born into it. You stay there.' There are so many industries where you need other people's permission to do things."

But as Gethard pointed out to me, there are so many more paths to reaching an audience now, through YouTube, social media, self-publishing and other direct channels for those who want to, as he puts it, "take a shot in the dark and see if it sticks."

"If you have this unscratched itch, it might be on you to just try to go for it and kick down the door. You can put it out there," he said. "I would highly recommend that you do your best to find an agent and a publisher who is going to provide all that those things provide. But if you can't and nobody wants to take a chance on you, you can really take a chance on yourself. I look at that and go well, why wouldn't you? If no one else wants to bet on you, bet on yourself. If you strike out, at least you've put out that fire. At least you know it's time to move on."

"Maybe, just maybe, that'll help you avoid some of the stress or the anxiety or the bitterness that comes along with feeling like no one ever saw it or no one ever gave you a shot," he added. "Take the shot yourself, then you don't have to worry about that anymore."

But as the title of his book makes clear, Gethard knows that even if you lose, it's important to lose well.

"In my time in comedy, I've seen people who are not the most naturally talented — and I would include myself in this category — who will just work hard and get back up when bad things happen, dust themselves off and get back to work," he said. "Usually, you see those people bust through to some level of relative success. I've seen other people who are supremely gifted who aren't willing to put in the work, aren't willing to wait until it's time for them to go get it . They will very often go, 'Why is this other person getting something that I'm not getting? How come them and not me?' That bitterness will actually ruin what your natural talent has to offer. I've seen those people exit my industry, even though they had a supreme level of natural gifts. They turn bitter. They turn gross. It turns negative. They can't handle the fact that other people are getting things when they're not, and they go away."

But Gethard also acknowledges that the inverse is true — that "people who are fine, pretty funny" can propel themselves to the next level by "work[ing] their ass off."

"You can get bitter or can get busy. Those are your two options," he said. "One is always healthy and one is always not. Bitterness is the ultimate enemy of creativity."

"What brings that value to the world, like the idea of success and failure," he said, "is presented as such a black and white issue. The older I get and the more that I remain someone who has had to self-start every level of my career, it's never a black and white issue. It's not that you succeeded or you failed. It's that you land somewhere in these gray areas where maybe things went in a different direction than you expected. Maybe it winds up a little smaller and a little more boutique or niche, but it's very, very fulfilling. I've had that experience."

Gethard's experience is far from typical — he made a TV show that he worked on "endlessly" for five years, saw it jump to cable and then get canceled. But he's learned to see as much value in the project that "failed" as the ones that have carried him to the next level of success.

"That was a bummer. That was something I poured tons of work into. Meanwhile, I have a podcast that was sort of a throwaway idea and 100,000 people download every episode. I never expected that. I didn't even put any work into it," he said. "It's one of these confusing things where, does the fact that the TV show got canceled erase the fact that it was a strong community that meant the world to me, that I think helped a lot of people? It doesn't at all. One looks more like a failure, but they both are of equal value to me."

"I've found over and over again in my life that as I get closer to things that feel like mainstream success, my instinct is always to go a little bit smaller, to have something that has a community that feels a little bit more connected because of that. That always just feels better to me," he said. "This idea of 'I win, everyone loses' is such a weird, dangerous mindset. I don't get why we do it. I don't get why it's wrong to live a smaller, more gentle, more vulnerable life. I don't get how that is in some way something to roll your eyes at or to dismiss."

"I think it's pretty beautiful," he added.