"Running on hate": At least nine anti-Muslim campaigns are projected to win this November

While these candidates are projected to win, they are polling with historically low numbers 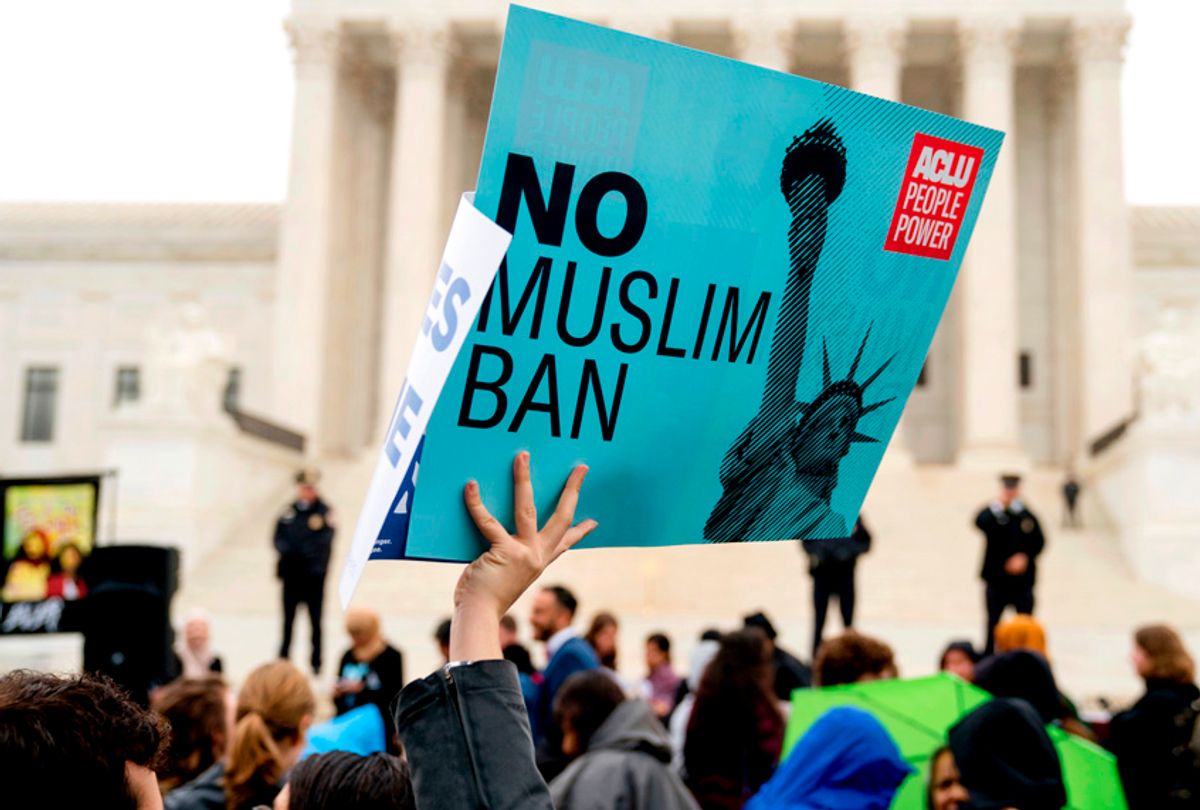 Nine candidates who have used anti-Muslim rhetoric throughout their political careers are projected to win their races in November, according to a new report commissioned by the national legal advocacy organization Muslim Advocates.

The report, titled "Running on Hate," found that all but one of the candidates who are projected to win — Tennessee Republican Mark Green — are incumbent members of the House of Representatives and almost all of them were elected before President Donald Trump entered the Oval Office in January 2017. Muslim Advocates based its conclusions by conducting polls, drawing analysis from various focus groups and using research from the Cook Political Report, a nonpartisan newsletter that forecasts congressional and gubernatorial races.

Green, a state senator, is vying to represent Tennessee's 7th Congressional District, which is solidly Republican, according to the Cook Political Report. He is running against Justin Kanew, a Democrat, to fill Republican Rep. Marsha Blackburn's seat. Blackburn is currently in the middle of a tight race for a Senate seat against Democrat Phil Bredesen, the state's former governor.

In April 2017, Green, a former army official, was nominated by Trump to be secretary of the military branch. Green withdrew his name from consideration amid mounting criticism over his past statements against the Islamic faith and its followers. According to USA Today, Green once said he "would not tolerate students learning about Muslim beliefs and religious practices and claimed, without evidence, that Muslims don't believe Jesus 'was born from a virgin.'" He has also "called transgender men and women 'guys or gals with question marks,' suggested Tennessee should not issue marriage licenses to same-sex couples and insinuated that permissive attitudes that legalized same-sex marriage could eventually open the door to using taxpayer dollars for infanticide."

Scott Simpson, public advocacy director at Muslim Advocates, pointed out that candidates like Green may see anti-Muslim language as a winning strategy for several reasons, including: Trump's victory in the 2016 presidential election, although he used racially-charged language; the Supreme Court's decision to uphold Trump's Muslim ban; and growing connections between white nationalists and the Trump White House.

"This doesn't come from nowhere. These folks have been around for a very long time, and they've just never been as mainstream as they are now," Simpson added. "These folks, who have been on the fringes of politics for a long time, are now openly trumpeting their anti-Muslim bigotry much more clearly."

But, while these candidates are projected to win, they are polling with historically low numbers. This, Simpson pointed out, shows that even incumbent candidates who have vocally used in anti-Muslim language in the last two years have suffered politically.

"Looking ahead to November, the takeaway is that candidates who care about keeping the country together and who don't want to lose won't vilify Muslims as a political tactic," Simpson concluded. "They'll take into account that a supermajority of voters would prefer candidates who share more inclusive, pro-Muslim messages around religious freedom."